Will the Brexit cut red tape or weaken green laws? | Environment | All topics from climate change to conservation | DW | 24.06.2016

The "leave" camp has been saying a Brexit will mean a cut in unnecessary regulations. The "remain" camp said this included crucial laws that keep water clean, and preserve species and habitats. Now Britain will find out. 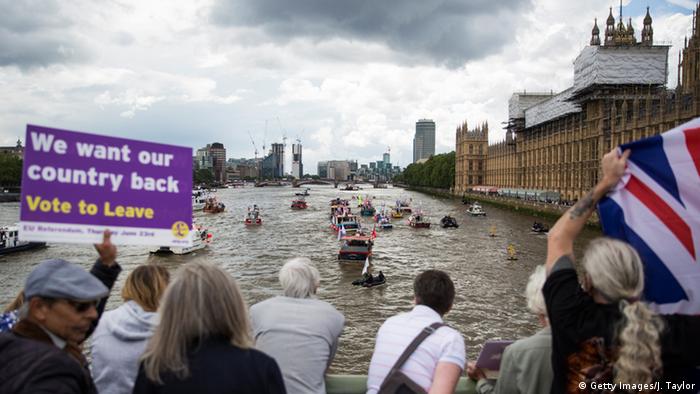 When former British environment minister Owen Paterson gave a speech in London shortly before the referendum, he said the United Kingdom's rural and coastal areas would remain priorities if voters decided Britain should withdraw from the European Union. The majority of the British people did vote "Leave" on Thursday, so this statement will be put to the test.

Paterson, who favored a Brexit (shorthand for Britain leaving the 28-member bloc), said that while EU environmental regulations look good on paper, it has been almost impossible to apply the same rules across vastly different environments and terrains.

"As an example, the European regulation on landfill came about because of justified concerns about water levels in the low countries, where it's naturally high," he said. "These were not appropriate for the hilly regions of western and northern Britain. But that didn't make any difference to the one-size-fits-all mentality in Brussels."

In his speech, the Conservative politician insisted that Britain has regularly been an early adopter of progressive environment policies.

But campaign groups pushing for Britain to remain in the EU dismissed his claims - saying without the EU's oversight, Britain's coastlines and natural habitats would be worse off.

"We have been ahead of the curve on one or two things amongst a hundred or so areas where we have environmental agreements with Europe," said Matthew Spencer, director of Green Alliance, a London-based environmental think tank. 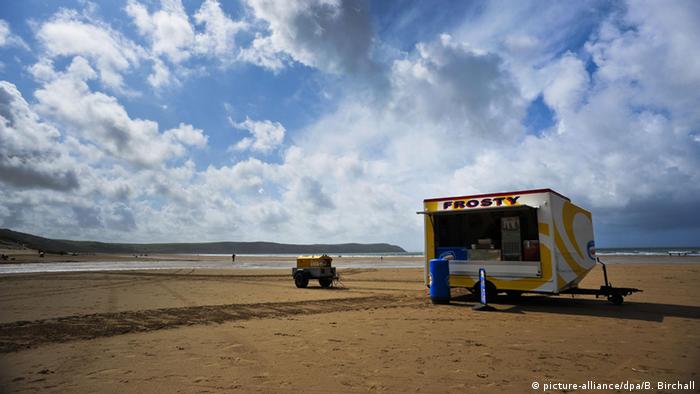 Earlier this year, Green Alliance - along with several other leading environment groups - issued a warning about the impact a Brexit would have on Britain's rural areas.

In a letter to the UK government, it said EU policy had improved the UK's water and air quality, protected wildlife, and set standards for vehicle emissions and consumer goods that have benefited the public and nature.

Spencer acknowledged that the EU's positive contribution is not always plain for the eye to see. But one example - very high quality beaches and bathing water - is certainly enjoyed by British holidaymakers every summer, he said.

"We've gone through a process of 40 years of being dragged reluctantly to invest in our sewage treatment works," he says. "That dragging has largely come from the European Commission overseeing the Bathing Waters Directive - which we agreed to but were somewhat reluctant to incur the cost of delivering."

He added that having an EU-wide agreement, enforced by European law, helped force the British government to act. 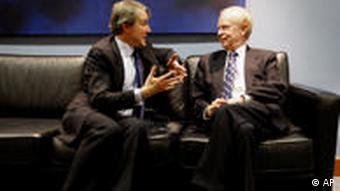 But still, Paterson - who has emerged as a key figure backing Britain to leave the EU - told his audience last week he had the personal experience with Brussels' red tape when trying to negotiate reforms of the Common Agriculture Policy (CAP).

At issue was a regulation that came into effect in 2015, which required farmers with more than 75 hectares of arable land to grow three different crops.

"Not only was this wholly unsuitable to the farming industry and landscape of the UK, it was impossible in Andalucía, where only olive trees will grow in July when it is 45 degrees," Paterson said. "And likewise in northern Sweden, where only one spruce will grow in January where it is minus 45 degrees [Celsius]."

The UK was consistently outvoted in the CAP negotiations, and was obliged to accept unsatisfactory sacrifices that damaged the environment, he argued.

In financial terms, Brexit campaigners say Britain would save the equivalent of 11 billion euros a year, which it currently pays toward the EU budget. But that figure includes the billions handed back to the country for agricultural subsidies, along with structural funds for poorer areas.

A recent report suggested farmers rely on CAP subsidies from Brussels for up to 60 percent of their income. While senior Brexit campaigners have insisted that funding would be guaranteed until 2020, there are concerns that subsidies will face severe cuts, as part of the British government's austerity program.

Sam Lowe of Friends of the Earth said there's still a big question mark over whether farmers would get these subsidies at all. "If the UK Treasury were to have its way, this would probably be zero," Lowe told DW, adding that the Brexit vote was creating a great deal of uncertainty and speculation. 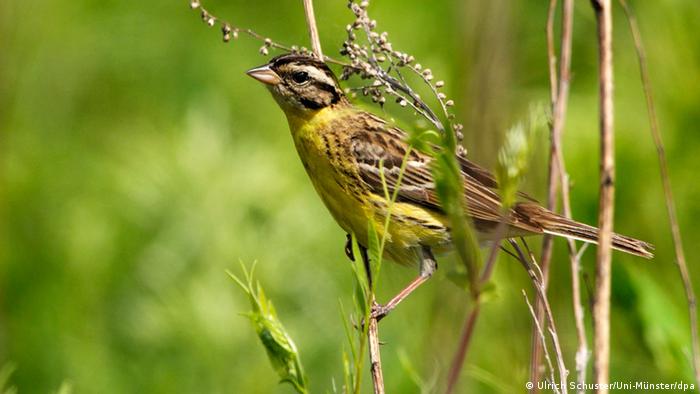 If Britain does quit, European treaties provide for two years of negotiations to determine what relationships to put in place of existing agreements.

Many experts expect the UK to become a member of the European Economic Area and gain access to the EU market without being an EU member - like Norway and Switzerland.

This would mean the UK would still have to follow most - but not all - of EU environmental regulation coming from Brussels.

Lowe says even a Norway-like arrangement would mean some environmental laws cease to apply to the UK. These include the Birds and Habitats Directive and the Bathing Waters Directive, which environment groups say have saved threatened species and improved conditions for people.

"The Birds and Habitats Directive offers great protection for nature across Europe; and what we've seen from the 'leave' camp is that they see the directive as a detriment. It's red tape they want to get rid of," Lowe said.

Fisheries have also been an issue, with pro-Brexit parties saying they'd be better off with non-EU status during quota talks.

"Leave" campaign leaders have vowed to do away with the EU's so-called precautionary principle, where decision-makers avoid policies that could harm the public or environment.

By doing so, green campaigners say, Britain could - in the future - authorize dangerous pesticides that are banned elsewhere.

"If we are to truly address the challenges of the future - be it climate change, destruction of nature, or air pollution - then we need to come together; we need to work together," Lowe told DW.

"I think reducing our voice in probably the most progressive grouping of nations in the world would be a negative both for us and globally," he concluded.

Brexit battle takes to the Thames

Nigel Farage and Bob Geldof have faced off over the UK's EU referendum on rival flotillas outside the Houses of Parliament. Samira Shackle went along to watch the bizarre spectacle on the Thames. (15.06.2016)

With Australia and Britain preparing to head to the polls, we find out if the future of the Great Barrier Reef is a concern for voters down under and whether Britain's natural habitat would be safer in or out of the EU. (17.06.2016)