Would Brexit damage the environment? | Environment | All topics from climate change to conservation | DW | 21.03.2016

Would Brexit damage the environment?

A new report claims that a UK exit from the EU would leave Britain’s environment vulnerable. But on the flip side, Brexit could increase environmental protection in the rest of Europe. 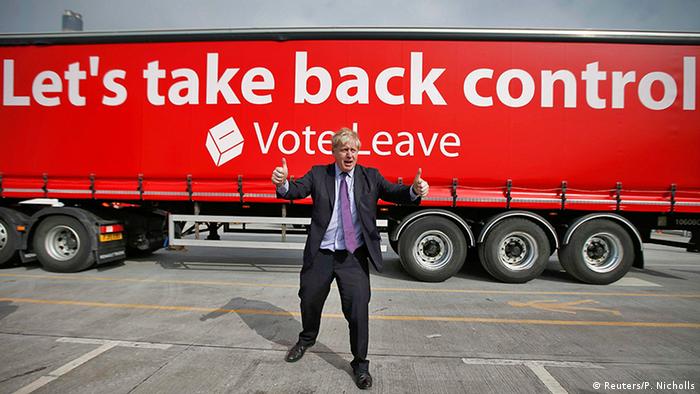 Green groups have warned that a UK exit from the European Union could be disastrous for Britain’s environment, and last week their argument was given a boost when a high-profile report concluded that Brexit would lead to “significant risks” for nature.

EU rules have led to a decline in pollution and carbon emissions and to an increase in biodiversity protection, the report by the Institute for European Environmental Policy (IEEP) says.

But the effect of a Brexit on the environment, both inside and outside the UK, is unclear. It depends on how much the environment and climate policies of the UK and the EU would diverge.

Were the UK to leave the EU, most EU environment and climate law would remain on the books because the directives have been implemented in national legislation. But the UK would be free to use its new-found freedom to scrap these laws if it wished, if the terms of its new relationship with the EU allowed it to do so. Environmentalists suspect environmental laws would be on the chopping block.

“The vision of the UK you’re buying into if you choose to leave the EU is one where there will be a bonfire of regulations, where we’re free from these shackles that come from Europe,” says Sam Lowe of green group Friends of the Earth UK. “Given the narrative of Brexit, and the policy positions of our current government, we think that were the UK to leave the EU, our environmental protections would be weakened.” 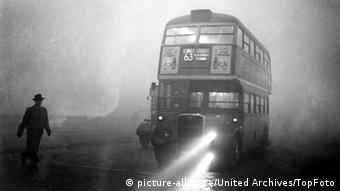 London was long notorious for its fog, as here in 1952

Last week, the mayors of 20 European cities including Paris, Madrid and Amsterdam published an open letter calling on the EU to enact stricter limits on vehicle CO2 emissions. Notably absent from the signatories is London Mayor Boris Johnson, who opposes increased emission limits. He is the most prominent political backer of a Brexit. The IEEP report says air pollution is one area that could become worse after a Brexit.

“We’re falling behind on many of the EU air pollution targets,” notes Lowe. “The only reason we’ve been able to hold the government to account for it is because of EU law.”

When the UK joined the EU in 1973, it was known as the “dirty man of Europe” because of its sewage-infested waters and its high sulphur dioxide emissions, which caused it to have the highest acid-rain levels on the continent. EU legislation has cleaned up the UK, the IEEP report concludes, despite the fact that successive British governments often fought the rules in Brussels.

In the EU legislative process British government representatives and members of the European Parliament have often voted against increased environmental regulation, favoring a more laissez-faire approach. “Judging by UK government responses to a range of environmental proposals from the European Commission in recent years, it seems more likely that the current government, and possibly its successors, would opt for a less ambitious approach than that adopted by the EU,” the report concludes. 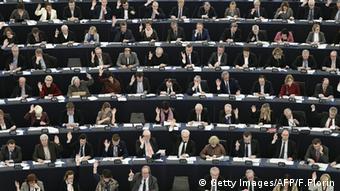 The legislation resisted by the UK government includes nature protection directives, binding renewable energy targets and limits to pesticides that may cause harm to bees.

Keith Taylor, a British Green member of the European Parliament, says that some of his compatriots in the European Parliament have consistently worked against pieces of environmental legislation. "If you look at some of their statements, it doesn't fill one with a great deal of hope that the British government would act in the interest of the environment without the positive influence of Europe," he says.

The governing Conservative Party has alluded to overly burdensome EU environmental regulations in the past, but it has not spelled out exactly which regulations it would want to undo. Pro-Brexit campaign groups have been reluctant to talk about the environment issue. Business for Britain, the main business association advocating for Brexit, did not return calls for comment. Nor did the pro-Brexit members of the European Parliament’s environment committee.

“We would do a much better job if we were outside,” he said. “We would be able to interpret the legislation, such as the Bern Convention (on wildlife conservation) to our own flora and fauna, while also being an active participant in other bodies.”

But the Conservative party is split on the issue. Last week, the former Conservative environment minister Lord Deben, who now chairs the British Parliament’s committee on climate change, told the FInancial Times a Brexit would would also call into question last year’s global climate agreement struck in Paris, because it would call into doubt the EU’s commitment to reduce emissions by 40% by 2030. 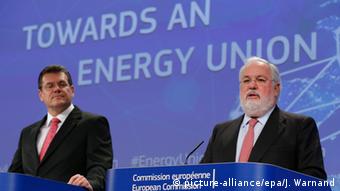 Energy policy is key to climate and environment action.

Though it could lead to diminished environmental protection in the UK, Brexit could conversely lead to stronger protection in the rest of Europe. The UK has often been successful in diluting EU environmental laws, and without its significant voting power it is possible that the remaining EU countries would be able to adopt more robust legislation.

There is deep suspicion in Brussels that the European Commission’s current ‘better regulation’ drive, a red-tape-cutting exercise largely targeting environmental legislation, is being done to placate the British. That exercise may result in a severe dilution of EU nature protection laws, as the Commission undertakes a review this year. “It seem like this review is being done for the British, so I suspect no decision will be made until after the Brexit vote,” said one EU source. “If the British left, I don’t think we would have to weaken these laws.” The European Commission is not publicly commenting on the Brexit vote.

However Lowe says that European environmentalists should not be rooting for a Brexit. “From the European perspective, to have an outlying UK that isn’t part of the discussion and may be adopting weaker controls on pollution and air quality, that will affect the EU as well,” he says. “It’s better to have everyone at the table than to have some kind of dirty outlier.”

Lowe adds that while the UK has “been on the wrong side” of many environmental issues, it has moved the EU in a more environmental direction in other areas, particularly in climate policy. The UK has urged the EU to adopt a more ambitious emissions reduction target. It also supported efforts to insert green measures into the EU’s Common Agricultural Policy (CAP), though these were mostly defeated by strong agricultural economies like France and Spain.

For better or worse, a Brexit would have a profound impact on the environmental legislation adopted at EU level. “We would no longer be able to shape EU policy and our influence on the environmental performance of other member states would decline very sharply once we were no longer at the negotiating table,” the IEEP report concludes.