British Prime Minister David Cameron has said he is "battling for Britain" on the first day of an EU leader summit in Brussels. Despite their readiness to make a deal, EU leaders have said they are wary about the cost. 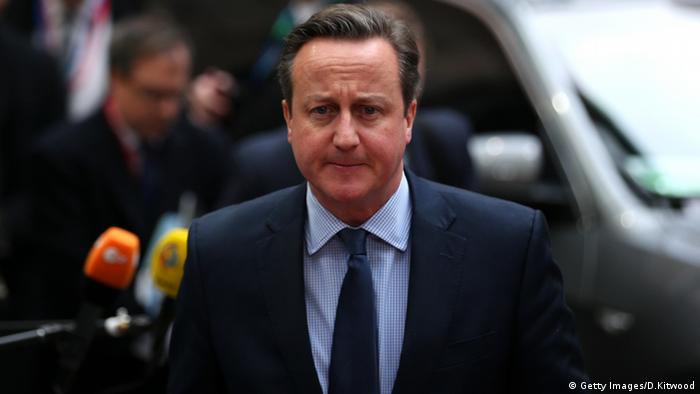 Staving off a Brexit was not only at the forefront of the schedule for the highly-anticipated EU leaders meeting on Thursday, but also in their pre-summit comments, as well.

While entering day one of the highly-anticipated talks, British Prime Minister David Cameron told reporters he was willing to walk away without a deal.

"I'll be battling for Britain. If we can get a good deal I'll take that deal but I will not take a deal that doesn't meet what we need," Cameron said at the start of Thursday's meeting. "I think it's much more important to get this right than to do anything in a rush, but with good will, with hard work we can get a better deal for Britain."

French President Francois Hollande told reporters that an agreement with the UK was "possible" and was what he wanted - but raised new doubts about protections for non eurozone countries.

"No country can have the right to veto, we cannot hold Europe back from advancing," he said. "It is the EU that is stake, not just a country."

"There are still things to be resolved but overall I'm heading into the discussion with the attitude that we gladly want to do everything to create the conditions so Britain can remain a part of the European Union," Merkel told reporters in Brussels before entering the meeting.

"From the German point of view that is important, but of course it will be up to the citizens of Britain to decide in the end," she said.

Thursday's talks are set to center on four of Cameron's difficult demands: welfare restrictions to help curb immigration, safeguards for a non-euro UK, increasing EU competitiveness and an opt-out from closer EU integration.

A leaked draft of the summit conclusions still contained a number of key passages with these demands in brackets. This means that EU leaders had still not come to an agreement, despite weeks of tense negotiations and Cameron's visits with multiple EU leaders.

Brussels already offered London an "emergency brake" option which would limit benefits for new migrants in the UK for four years. Poland and other east European states, who have hundreds of thousands of citizens in Britain, strongly oppose the proposed change, calling it discriminatory.

On her arrival to the summit, Polish Prime Minister Beata Szydlo said: "We want a good agreement but not at any price."

Cameron is trying to secure a deal with the EU ahead of a UK referendum, wherein the public will decide on whether or not Britain will stay in the EU. Many are worried that the UK will vote to leave the EU after more than 40 years of half-hearted membership.

Day one of the summit includes a talk on the proposed UK reforms and concludes with discussions about the refugee crisis.