'No guarantee' of UK-EU deal, says Tusk after talks with Cameron

EU Council President Donald Tusk has cast doubt on the likelihood of renegotiating the UK's role in the bloc at this week's EU summit, which begins Thursday. Big differences remain over Britain's demands for reform. 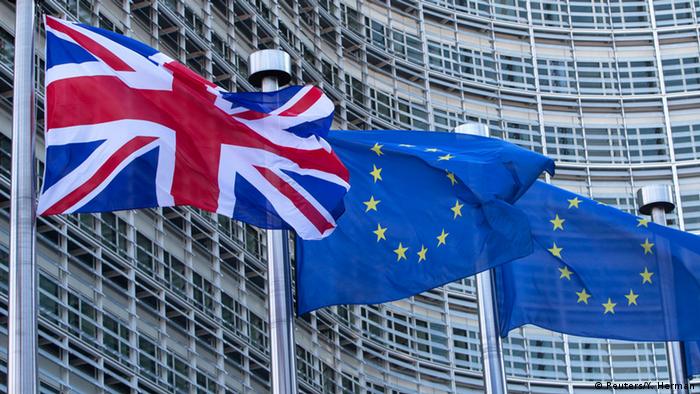 European Council chief Donald Tusk said late Wednesday that there could be "no guarantee" of reaching an agreement over David Cameron's proposed EU reforms at this week's two-day summit in Brussels.

"After my consultations in the last hours I have to state frankly - there is still no guarantee that we will reach an agreement," Tusk said hours before the start of the summit in Brussels on Thursday.

"We differ on some political issues and I am fully aware that it will be difficult to overcome them. Therefore I urge you to remain constructive," he wrote in an official letter of invitation to the 28 EU leaders set to attend. 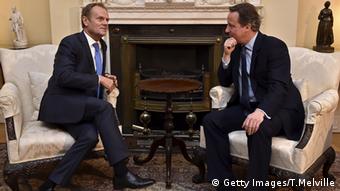 Talks between Tusk and Cameron are set to continue on Thursday

A statement from the British leader sounded slightly more optimistic, saying "they agreed that good progress had been made in all four areas of our renegotiation, and that the draft texts presented a good basis for agreement at tomorrow's European Council, subject to the satisfactory resolution of outstanding issues."

Cameron is looking to remodel the UK's role in the EU ahead of an in-out referendum on the country's membership in the bloc, set to take place by the end of 2017.

His four key demands are welfare restrictions, safeguards to let Britain keep its currency, an opt-out from future plans for further blocwide integration and increased competitiveness among economies.

German Chancellor Angela Merkel expressed muted support for Cameron ahead of the summit, with the caveat that any deal with Britain could not compromise core EU values such as free movement between member states.

"Like David Cameron, I believe that it is necessary for the EU to improve our competitiveness, transparency and [reduce] bureaucracy. Germany has shared these concerns for many years," she said.

In the unlikely event an agreement is reached at the summit, Cameron still faces an uphill battle back in Britain to persuade skeptics that staying in the European Union is a good thing for the UK amid increasing concerns about immigration and the influx of citizens from other EU countries into the British workforce.

UK Prime Minister David Cameron has traveled to Brussels in a bid to renegotiate his proposed reforms with European Parliament leaders. A referendum on whether Britain should remain in the EU could be held in June. (16.02.2016)