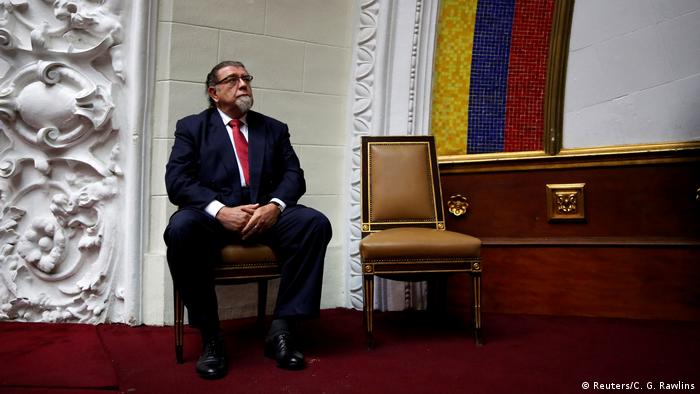 Ruy Pereira, Brazil's former ambassador to Venezuela, was expelled by the Maduro regime.

Venezuela's ambassador to Brazil, Gerardo Delgado, was ordered to leave the country on Tuesday, in a tit-for-tat move by Brazil's government.

"Brazil has decided to declare the Venezuelan charge d'affaires persona non grata," said a Brazilian foreign ministry spokesman. "In practice, this means he will have to leave the country. It is a swift measure."

The move came in retaliation to Caracas' decision on Saturday to expel Brazilian ambassador Ruy Pereira.

Venezuelans search for a better life in Brazil’s streets

Venezuela also finds itself in a similar diplomatic row with Canada. After the Maduro regime booted out the Canadian charge d'affaires from Caracas on Saturday, Ottawa responded Monday with similar measures.

The president of Venezuela's national constituent assembly justified the expulsions by accusing the Brazilian and Canadian diplomats of meddling in the country's domestic affairs.

Brazil is one of several neighboring Latin American countries to condemn Maduro's tightening grip on power in Venezuela, as well as his trampling over the country's democracy and human rights.

Venezuela finds itself in the midst of a deepening political and economic crisis. The oil-rich nation has been suffering from crippling hyperinflation and dwindling supplies of basic goods, including food and medicine.

This year saw Venezuela's major cities repeatedly paralyzed by a series of anti-government protests. More than 160 people are believed to have died in the demonstrations.