Bosnia-Herzegovina: Can fresh elections save a divided state? | Europe | News and current affairs from around the continent | DW | 07.10.2018

Bosnia-Herzegovina: Can fresh elections save a divided state?

More than two decades after a devastating war, Bosnia-Herzegovina has still not overcome its deep ethnic divisions. As voters headed to the polls, observers asked whether fresh elections can bring much-needed change. 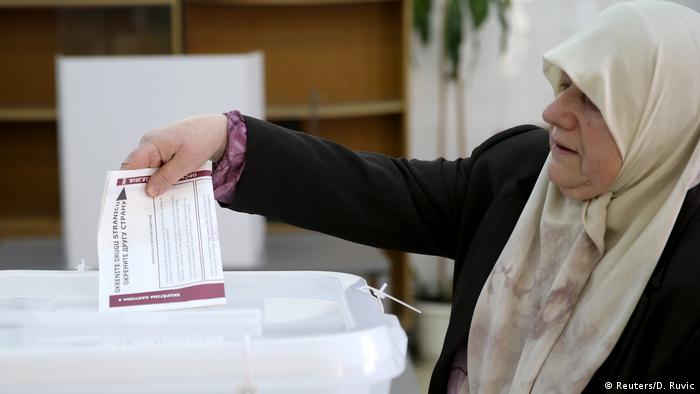 Bosnia-Herzegovina is a European leader in unemployment, environmental pollution and incredibly complicated politics. It's no wonder, then, that some 80,000 young people have chosen to leave the country of just 3.5 million inhabitants over the past two years.

The root cause of these problems can be traced back to the 1990s. The bloody Bosnian War raged between 1992 and 1995, pitting Serbs, Croats and Bosniaks, or Bosnian Muslims, against each other.

It ended in 1995 with the signing of the Dayton Agreement, which stipulated that Bosnia be divided into two entities: A predominantly Serbian area called Republika Srpska comprising 49 percent of Bosnia's territory, with extensive, state-like governance structures, and the Federation of Bosnia and Herzegovina, which in turn was subdivided into 10 autonomous cantons. This highly complex state structure means there is a need for hordes of ministers, state secretaries, political consultants and civil servants.

Read more: Refugees in Bosnia: Waiting for winter at the EU gates

And to complicate matters even further, this new state was indefinitely placed under international administration with practically unlimited powers, effectively making it an international protectorate — a system that did little to help resolve its problems. 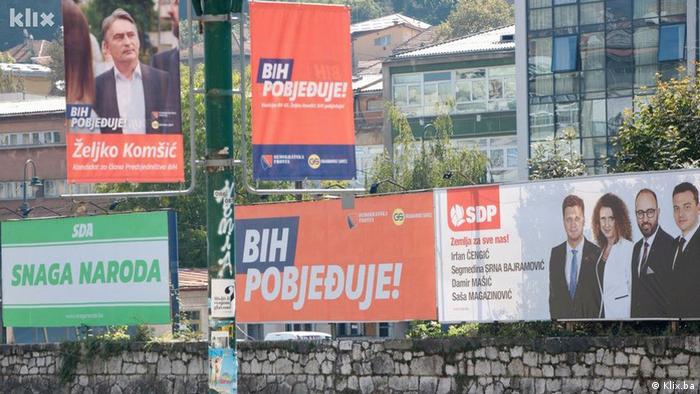 For 23 years, the state has been divided along ethnic lines and marred by nationalist sentiments. Today, ethnic divisions run deeper than ever before. Each ethnic group has its own distinct school books and media that vilify the other side. So in a sense, the Bosnian War has never ended.

The general election on October 7 will hardly change this situation. Franjo Sarcevic, the editor-in-chief of the independent Prometej news outlet, said nobody should be fooled into believing citizens will be freely picking candidates whose policies are most to their liking. Instead, he said, nationalist narratives have dominated the election campaign. "Most key political figures are trying to outdo each other in lauding their own people and entity," Sarcevic explained.

The rhetoric during the election campaign in the predominantly Serbian part of the country has been mixed with political leaders flirting with the idea secession. Indeed, some envision joining Serbia to form a brand new state, as both sides share strong sympathies for Russia. Last week, the president of the Republika Srpska, Milorad Dodik, traveled to Sochi to attend the Russian Grand Prix with President Vladimir Putin. And Dodik has already met with Serbian President Aleksandar Vucic nine times this year, each time accompanied by Serbian media. Dodik has prevented Bosnia-Herzegovina from recognizing Kosovo, and opposes joining NATO. 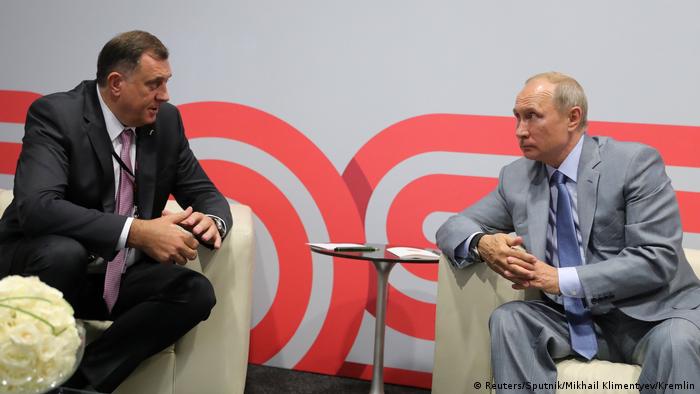 Dodik has cozied up to his friend in the east, Vladimir Putin

A year ago, he told DW: "I think if things continue as they are without an agreement and without a basic consensus on Bosnia-Herzegovina, the state will disintegrate all by itself. But Republika Srpska will remain in place."

In Sarajevo and other Muslim dominated areas, the conservative Islamic Party of Democratic Action (SDA) and the secular Social Democrats are vying for Bosniak voters. SDA leader Bakir Izetbegovic, who also happens to be member of the tripartite Presidency of Bosnia and Herzegovina, feels strongly connected to Turkish President Recep Tayyip Erdogan. He does not consider himself to be an Erdogan pawn, fomenting conflict on the European continent an the Turkish president's behest. He does feel a strong allegiance to him, however. Regarding Dodik's secessionist ambitions, he says that "anyone loving this country must be ready to go to extremes to preserve its territorial integrity." In other words, secession would mean war.

And the Bosnian Croats

The nationalist leader of the Croatian Democratic Union of Bosnia and Herzegovina, Dragan Covic, has stressed his sympathies for Croatia but feels little allegiance to Sarajevo. What's more, Bosnian Croats do not have their own separate state entity, as the Serbs do in the Republika Srpska. Because they cast their ballots within the majority-Bosniak Federation of Bosnia and Herzegovina, tactical voting allows Bosniaks to determine the Croat member of the tripartite presidency — something that has already happened twice. 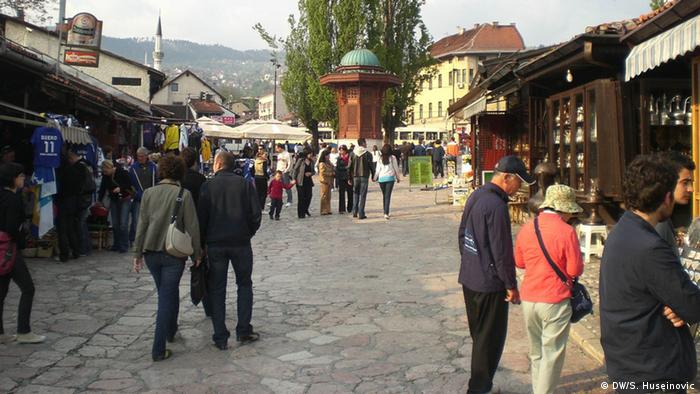 "It is not right for the Bosniaks to decide the Croatian representative on the tripartite Presidency of Bosnia and Herzegovina," Covic told DW, "but I am certain the Bosniaks will not be tricked into fearing Croatians."

Turning back the clocks

Bosnia-Herzegovina faces numerous serious problems today. Rampant corruption, a weak judiciary, the exodus of young, educated people abroad and a range of overdue reforms. But journalist Franjo Sarcevic is not optimistic about the country's ability to tackle these issues. For him, the problem is that peoples' thinking is stuck in the past: "No matter how eager I am to see this country become a free, open and progressive one fit for the 21st century — instead of turning back the clocks and moving into the 19th century, so to speak — I fear nothing will change after the election."

The Turkish president has brought together more than 20,000 people in the Bosnian capital to back his election bid. But some leaders are worried his growing influence in the Balkans could lead to regional instability. (20.05.2018)