Biodiversity and ′living carbon′ are critical for our future | Asia | An in-depth look at news from across the continent | DW | 17.11.2017

Biodiversity and 'living carbon' are critical for our future

This year's COP23 has built on innovative solutions that were introduced in COP21. This included changing our understanding of carbon's function, says Indian environmentalist Dr. Vandana Shiva. 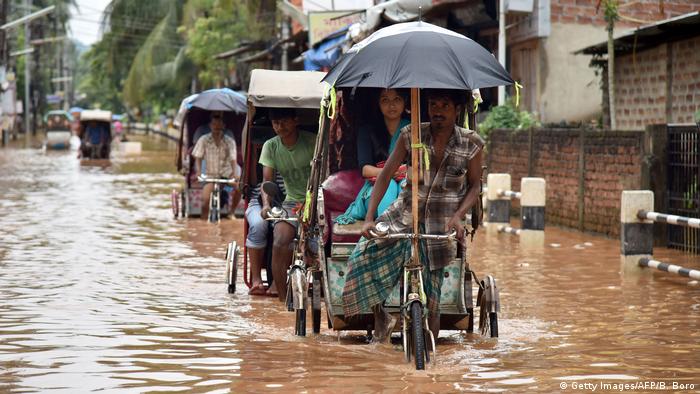 From the Indian states of Assam, Bihar and Uttar Pradesh, where floods displaced 41 million people and killed nearly 500, to the destructive flooding of Houston and Mumbai or the California wildfires and the cyclones that have destroyed Puerto Rico, it is becoming increasingly evident that we are not living within the ecological limits and boundaries of our planet and are facing the consequences of violating the laws of nature.

Dozens killed in floods in Assam and Bihar

When we disrupt the Earth's self-regulating climate systems, we receive climate chaos and climate uncertainty, not predictable climate change, which we can "geo-engineer" or "genetically engineer" our way out of. Living systems evolve, adapt and regenerate; they are not engineered.

Over the past 200 years, a small part of humanity has trashed the planet - designing an economy fueled by coal, oil and gas and a knowledge system based on a mechanistic, reductionist and materialistic paradigm. 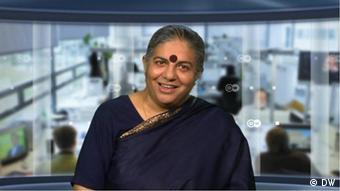 The extraction of fossil fuels (dead carbon) from the earth, burning it and putting uncontrollable emissions into the atmosphere leads to the rupture of the carbon cycle and, through it a destabilization of climate systems.

Steve McKevitt and Tony Ryan in the book Project Sunshine point out that all the coal, petroleum and natural gas we are burning and extracting was formed over 600 million years. We are burning up 20 million years of nature's work annually.

The carbon cycle is broken and we broke the cycle.

To get more living carbon from the atmosphere, we need to intensify our farms and forests biologically - in terms of both biodiversity and biomass.

The more biodiversity and biomass we grow, the more the plants fix atmospheric carbon and nitrogen, and reduce both emissions and the stocks of pollutants on the air. Carbon is returned to the soil through plants. That is why the connection between biodiversity and climate change is intimate.

The more the biodiversity and biomass intensification of forests and farms, the more organic matter is available which will be returned to the soil, thus reversing the trend towards desertification. This is a primary reason for displacement, which ultimately leads to uprooting of people and creation of refugees.

To repair the broken carbon cycle, we need to return to the seed, the soil and the sun in order to increase the living carbon in plants and in the soil. We need to remember that living carbon gives life and dead fossil carbon is disrupting living processes.

We need to remember that with our care and consciousness, we can increase living carbon on the planet and increase the well-being of everyone. The more we grow it, the more we have. On the other hand, the more we exploit and use dead carbon, more pollution we create and the less we have for the future. Dead carbon must be left underground. This is an ethical obligation and ecological imperative.

This is why the term "decarbonization" - without qualification and distinction between living and dead carbon - is scientifically and ecologically inappropriate. If we decarbonize the economy, we would have no plants, which are living carbon. We would have no life on earth that creates and is sustained by living carbon. A decarbonized planet would be a dead planet.

We need to "re-carbonize" the world with living carbon. We need to "decarbonize" it of dead carbon. As we grow more living carbon through agro-ecology and organic farming, we have more fertile soils that produce more food and hold more water, thus increasing resilience to drought and floods.

Climate change, extreme natural events and climate disasters are becoming ever more frequent reminders that we are a part of the Earth, not apart from her. Every act of violence that disrupts ecological systems also threatens our lives.