"The solution is not desperation on our part. Any power problem, any issue of power demands of us that we unleash our highest creative energies and that we hold illegitimate power accountable." 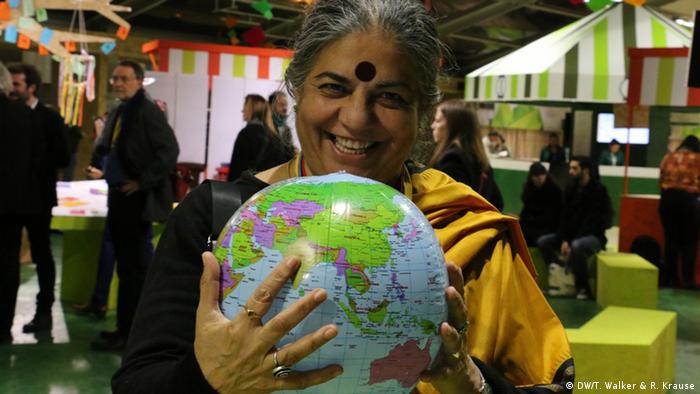 Whether she wants it or not, Vandana Shiva has acquired rock-star status. As she walked through a bustling hall at COP21, unmistakable in her vibrant yellow sari, ardent followers scuttled along beside her, taking pictures, calling our to her and whispering to each other that she is their source of inspiration. Perhaps her parents saw it coming when they gave their daughter a name that translates to worship or adoration. A self-fulfilling prophecy, some might say.

Vandana Shiva is no stranger to prophecies, self-fulfilling or otherwise, and is formidable in her expression of the fate that awaits the world if our leaders fail to listen to the collective voice of reason and to act here and now. Here in Paris. Now.

The precipice upon which she says humanity now stands, is one of bitter ironies. On its jagged and crumbling edge, biodiversity is being driven to its grave, sea levels are rising, what Shiva describes as the "beautiful glaciers" of her native Himalayas, are melting, and millions are being forced out of their rural homes and left with no choice but to eek out a living in overcrowded cities. Not, however, through any fault of their own.

"The climate discussion is so intense because the causes and impacts are separated in space and time. My sisters caused no emissions because they have never used fossil fuels. So the burden of fossil fuels is born in a very unfair way, and is related to unequal power, to unequal economic systems." 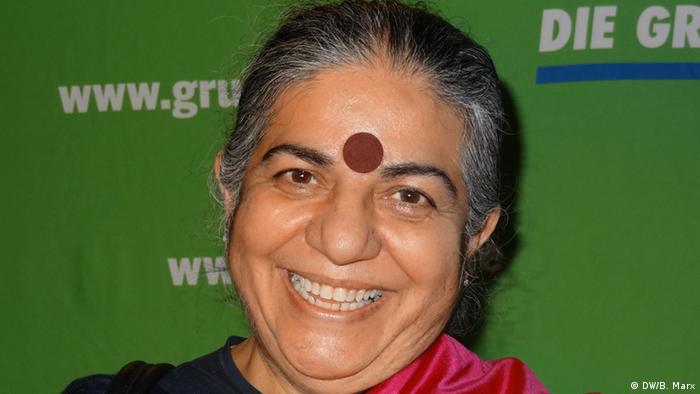 Shiva, who has long campaigned on a platform of anti-globalization and environmental justice, says 20,000 people were washed away by intense rainfall and flooding in her home region in 2013.

"We are talking about extended drought one year, too much rain the next year. And about perennial rivers such as the Ganges, which have supported Indian civilization and agriculture for tens of thousands of years, becoming a seasonal river within the foreseeable future." The upshot, she stresses, is painfully clear. "It will mean the death of a civilization."

Yet even against the bleak backdrop of her predictions, she remains optimistic. The challenge lies in finding a way to shift the political system to shape democracies, which she calls "earth democracies" and to shape living economies which can sustain life on earth and life in all communities.

In other words, it is time to refashion the world and urgently rethink the way we exist within it. She can't do it alone, but every stride she takes goes in that direction. And she does not stride alone.

"I do not stay obsessed with destruction, I put more of my energy into constructive action, into solidarity, and I get a lot of power from people." Just as her name suggests.