Berlin startup aims to make politics more daring and innovative | Germany| News and in-depth reporting from Berlin and beyond | DW | 19.11.2020

The German capital is well-known for its startups. Now a new one is angling for returns that are not financial: It aims to encourage young women and minorities to bring their energy and ideas to politics. 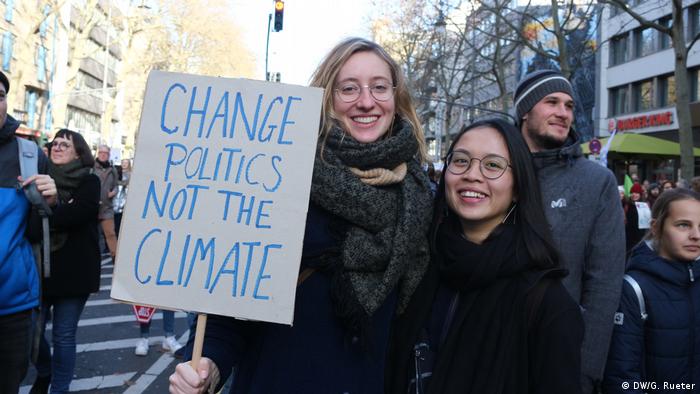 Germany's political parties have struggled to attract young people, women, and minorities in the way that movements like Fridays for Future have in recent years

By definition, startups aim to upend the business establishment — to use the scene's preferred jargon, to "disrupt" the way things have long been done. Now a new Berlin startup is betting it can have the same effect on Germany's political culture.

But unlike Airbnb, which exists to displace hotels, or Uber, which has destroyed the taxi industry in some places, Join Politics was created to complement the established political system, not do away with it.

"We want to get more people to jump into politics who might otherwise get jobs at Facebook or Google. We want politics to be more daring and more innovative," says Caroline Weimann, who founded Join Politics this year as a nonpartisan, nonprofit company.

With about 2.5 million euros ($2.97 million) pledged from a handful of angel investors and smaller donors, she hopes to encourage young people, and especially women and minorities, to bring their energy and ideas to politics. 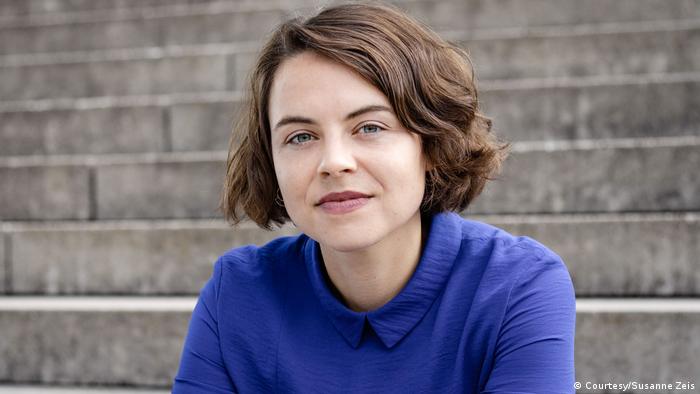 In the startup's test phase, three projects were each awarded 50,000 euros ($59,000) in seed money. They include a bike infrastructure project in the northern city of Magdeburg and, in Berlin, an initiative called Values Unite, which aims to create an EU-level agency for political education.

"The money allows Values Unite to exist," says Susanne Zels, who started the project with a partner after Join Politics backed the idea. "Without Join Politics, we couldn't do this full-time."

In the first full funding round, which opened last week and runs through mid-January, Join Politics hopes to back four-to-five more projects with the same amount of seed money. Promising projects could receive an additional 150,000 euros ($177,000) in a second stage.

Weimann and her co-director, Philip Husemann, see themselves as a bridge between society at large and an established political space that is already crowded with traditional civic engagement efforts.

Political parties all have their own outreach strategies, including party-affiliated foundations and youth wings. The German government finances the Federal Agency for Civic Education (bpb). Big non-governmental organizations like Open Society Foundations as well as think tanks spend a lot of time and money looking for ways to increase civic literacy and get average citizens more involved in democratic politics. 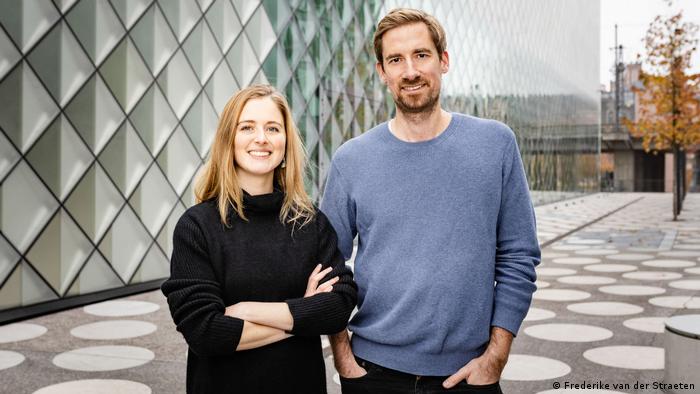 "All parties are looking for young people, more diversity and more women," but struggle to do so, says Rolf Mathies, a Join Politics angel investor. He is the co-founder of the venture capital group, Earlybird, but told DW the company is itself not involved to avoid corporate influence.

"Join Politics can help. We don't want to be against the political system. We can help established parties" bring in new talent from new places, he says.

Party membership across the political spectrum has stagnated for years, according to bpb data. Germany's two largest parties, the Social Democrats (SPD) and conservative Christian Democrats (CDU) that together form Chancellor Angela Merkel's current government, have lost about 50% of their members since German reunification in 1990.

Only the Greens have enjoyed a recent upswing, largely thanks to new political urgency regarding climate change. The far-right populist Alternative for Germany (AfD) has also increased membership since its inception in 2013, but its fluctuating poll numbers make it hard to say whether that is a longer-term trend or a flash in the pan.

Across the board, it's on age that parties struggle most. Just 15% of CDU members are under 40, and 18% of SPD membership, the data show. The Greens, which get a boost from the youth-led Fridays for Future movement, have the most under-40s of any party — 37%. And in all parties, men far outnumber women.

Unlike a for-profit, business-oriented startup, the investors behind Join Politics have little control over company decision-making and cannot expect a financial return on their investment. A rotating pitch and talent committee, composed of people from across Germany's political spectrum, decide which applications will get funding.

Whether climate change or migration, digitalization or the future of work, "we have huge challenges, daunting questions, which have to be decided at a political level," says Weimann. "We want the best people answering these questions."

For new political ideas to be successful, they eventually have to find their way into the established political system, says Nils Diederich, a former Social Democrat MP and political science professor at Berlin's Free University. That's how the Greens, he says, went from a loose affiliation of environmentalists in the 1970s to an official party that is on track to enter government after next year's general elections.

With six parliamentary groups in the Bundestag, he calls the German political landscape "diverse enough" to work with and remains "very skeptical" of how effective a startup approach to politics can be. "But any initiative that could give politics an innovative push on a large scale would be indeed a good step," he added.

Like any entrepreneur, the people behind Join Politics, who call their company an "experiment" and even a "long shot," are not afraid of failure and do not expect instant results.

"We want to find the next chancellor," Weimann says, ideally a woman. "But we won't know that for ten years."

The business of improving government efficiency

Can governments be run more efficiently? Yes, say founders of a new wave of startups that are helping municipal agencies make better use of the vast stores of data locked away in obscure government databases.

How will this pandemic shape the future of our cities?

City life has ground to a halt during the pandemic. What impact do lockdowns have on urban areas? And how will they develop in the future? Are they losing their appeal? MADE in Germany searches for answers.

Big multinationals are increasingly bringing startups in-house or supporting them. Now software giant SAP plans to help out 200 startups founded by women and members of underrepresented minorities worldwide by 2023.