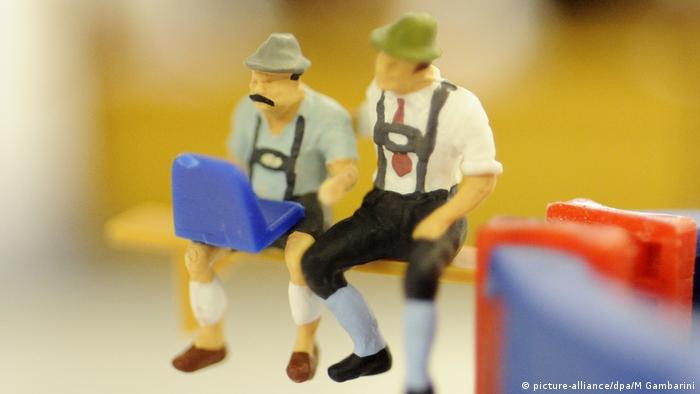 Amid the widespread societal disruption brought on by the COVID-19 pandemic, most German political parties have opted to reschedule party conventions, where hundreds of members gather to decide the party's future, to later this year.

The conservative Christian Social Union (CSU), the Bavarian sister party to Chancellor Angela Merkel's Christian Democratic Union (CDU), however, will hold its May 22 party conference online. This fits the "Lederhosen and laptops" image the party's leadership is fond of mentioning.

"The CSU has always been a trailblazer when it comes to digital party work," said Dorothee Bär, the federal minister for digitalization and CSU member. The CSU party statutes were changed just last year, to allow for a digital party convention to meet official party regulations. She told DW that a digital party conference had many advantages, not the least of which were logistics.

"For example, a delegate from my constituency has to travel by car for three or four hours to get to Munich," she said, adding that an internal CSU survey showed that some "90% of members want more digital party work."

Read more: Will the coronavirus crisis drive digitization in Germany?

The party's leadership has often stressed it wants to shift more of its operations online, and party leader Markus Söder — or at least his social media team — is active on all major social media platforms, with regular posts and video messages. 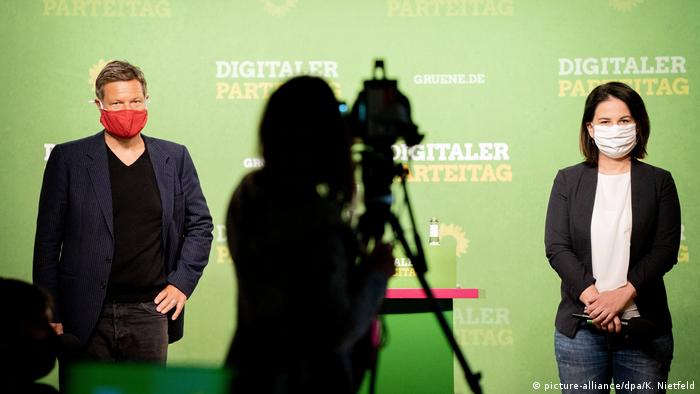 Due to the pandemic the Greens held a major convention online, with only its leaders present in the party headquarters

Earlier this month, the Green party held its own digital event — not a party conference, but the regular states' council, which coordinates the work of the federal party, the various factions and the state associations. More than 100 delegates from across the country, along with 30,000 spectators, met digitally in a livestream led by party co-leaders Robert Habeck and Annalena Baerbock from Berlin.

Martin Fuchs, a political consultant and blogger who writes about politics and digital communication, said for the most part, the event ran smoothly — despite the occasional audio or video hiccup. "I'm very pleased, because society as a whole is digitizing faster and faster," he said, pointing out that politics in Germany has lagged when it comes to embracing the internet, especially when compared with other parts of the world.

Estonia, for example, has long been a leader when it comes to online government, with nearly all its public services available online and at least 44% of citizens using electronic voting. In South Korea, the government uses an online portal, available in 14 languages, to allow citizens to participate in policy decisions and follow discussion on administrative affairs.

And in late March, the European Parliament allowed lawmakers who couldn't make it to Brussels due to lockdown restrictions to vote electronically, with a spokesperson confirming that the system — whereby MEPs fill in a voting list, scan it and send it back by email — would be in place until at least the end of July. 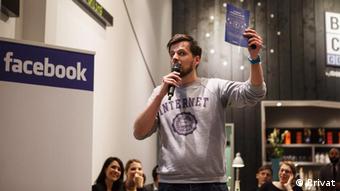 Though Fuchs thinks virtual party conventions contribute to a vibrant democracy, he doesn't think they'll replace the experience of in-person party gatherings. The raucous exhibition centers filled with hundreds of people, the chance encounters with supporters, opponents and journalists at the sausage stand on the sidelines — all this is part of the convention experience. "Party conventions aren't just important for the speeches, but also because of networking," said Fuchs, adding that the internet can't replace that.

Marco Buschmann, a member of the German parliament with the opposition Free Democratic Party (FDP), sees the digitization of politics, and society as a whole, as "an opportunity." Buschmann is part of a working group in the Bundestag devoted to advancing government digitization. "Right now, we have a tremendous opportunity to boost digitization in politics and in society, simply because we have been forced to give up our old reservations," he said.

The working group is considering holding committee or parliamentary group meetings via video linkup, and even "digitally supplementing" parliamentary meetings, for example for lawmakers who belong to a high-risk group and can't be physically present in the plenary session. Such ideas "would have been unthinkable even just a few weeks ago," said Buschmann.

When it comes to holding elections online, however, Buschmann remains wary. He pointed out that many fundamental Constitutional Court rulings have clearly ruled this option out, especially when it came to the "principle of a secret ballot."

The upcoming CSU party convention will also see the limits of digital democracy in Germany. Delegates will be able to virtually vote on motions and proposals, but votes on party statutes and party posts aren't allowed under German party law. "The idea of the Basic Law [Germany's constitution — Editor's note] is that votes on party positions must take place in secret," said Fuchs, explaining that any other method is too easily manipulated.