Big multinationals are increasingly bringing startups in-house or supporting them. Now software giant SAP plans to help out 200 startups founded by women and members of underrepresented minorities worldwide by 2023. 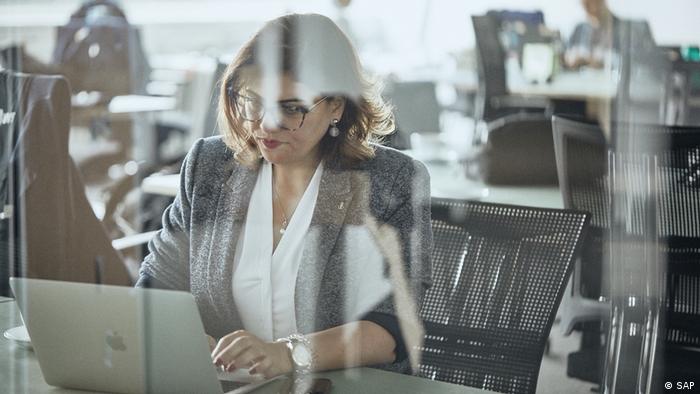 For Shoba Purushothaman, it was only logical for her to end up in Berlin. "Berlin is the best place to have access to talent and to engineers," she says enthusiastically, sitting in an open office building in the German capital. Born in Malaysia, she has worked in many cities, like London, Kuala Lumpur and New York. Now she is in Berlin.

Hardskills is the name of the company with which she wants to conquer the world market for digital education. A startup with 12 employees, it is still small, but growing fast. The digital learning platform they are developing works with artificial intelligence and should enable companies to train their employees worldwide. It's not meant to teach mere technical skills, but rather something much more difficult — behavioral skills. The digital working world is full of constantly changing processes; there is less routine and predictability. This constant change leads to problems in operational processes and in dealing with each other.

"We have never done things like this before," is not something that companies expect to hear from their employees today. Purushothaman knows this and stresses that "Germany has a history of value accumulation." That's why Germany was important as a location for her and her two fellow founders, an Indian and an American. For three months, they are part of a project called SAP.iO Foundry Berlin, together with five other international startups. 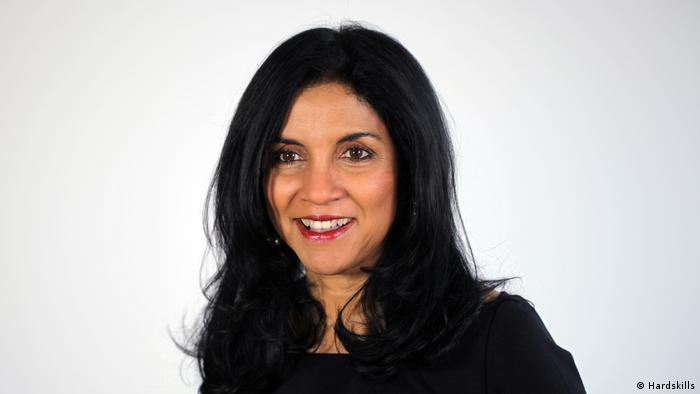 The German software giant SAP has rented chic office space in the neighborhood of Wedding in Berlin. Open laptops are scattered in the open-plan offices. Young people discuss quietly in groups, while others appear to be lost in thought tackling a software problem. In the kitchen, a barista brews amazing Italian espressos.

Read more: Size and networking are key to success

Inclusion of all founders

SAP.iO Foundries is a worldwide network of startup projects. It has programs in Paris, Berlin, San Francisco, New York, Tel Aviv, Tokyo, Munich and Singapore. After selecting them through an application process, SAP supports young entrepreneurs with know-how and logistics. 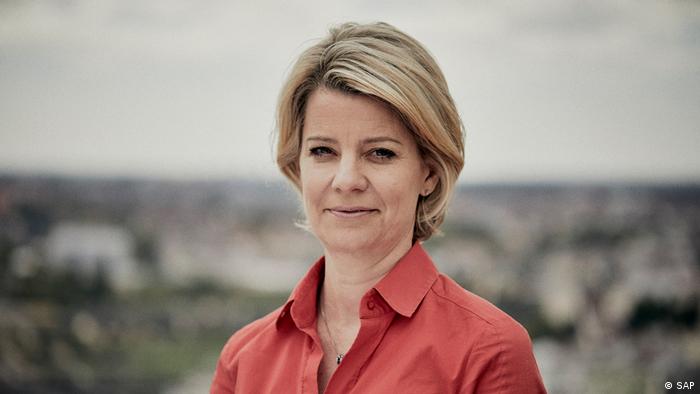 Top experts come to Berlin to talk to the young entrepreneurs about pricing or effective marketing. The goal is clear: The startups should develop innovative software that SAP customers can also use. Yet SAP does not acquire any equity in the young companies.

"Hopefully, they will become partners of our app center," Alexandra Gorman, head of SAP.iO Foundries Europe, told DW. Gorman is particularly proud of the program's focus on inclusion. SAP is actively looking for startups led by women and diverse teams. Already 30% of the startups supported by the program have female founders or represent other underrepresented minorities as entrepreneurs.

A hard road for women

"Europe urgently needs to fix its diversity and inclusion problem," writes management consultancy McKinsey in its study "The State of European Tech 2018." According to the report, 93% of funds raised last year by European venture capital-backed companies "went to all-male founding teams." And the few women who nevertheless made it reported discrimination: "Almost half of women reported that they have experienced discrimination in the European tech sector," says the report. 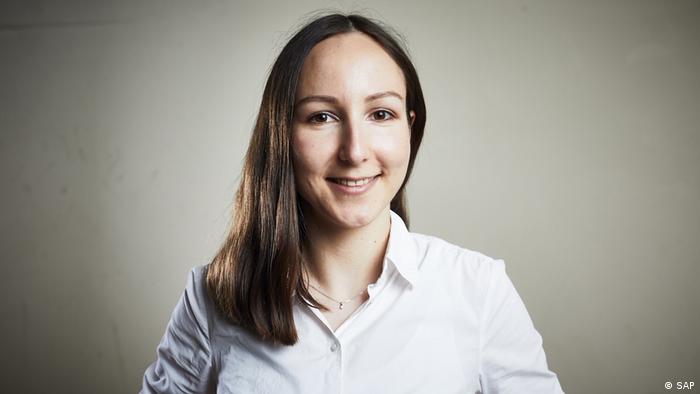 Diana Rees, the co-founder and CEO of ZkSystems

Diana Rees, co-founder of ZkSystems, is aware of the problem. The young woman grew up in Russia and came to Germany at the age of 19. Since the end of May, she has been part of the SAP.iO Foundry Berlin with her co-founder Amine Ünal and her team. They have developed their own blockchain that can handle 5,000 transactions per second and enables the expansion of smart factories.

"Sometimes we'd make an offer in writing and when we introduced ourselves in person, some customers would be speechless. Two women who developed a blockchain, nobody expected that," she laughs.

Thanks to the new technology, the use of machines is better controlled and invoicing is more precise than before. German engineering giant Bosch is already a customer. Still, Rees is pleased to have access to many more customers through the SAP program. After all, SAP works with over 400,000 companies worldwide. She is convinced that working in the SAP.iO Foundry is worthwhile, not least because independence is guaranteed.

Made in Prenzlauer Berg

Meanwhile, Shoba Purushothaman from the digital learning platform Hardskills shows her videos "Made in Prenzlauer Berg." Studios were rented in the trendy Berlin neighborhood and international actors booked to present topics like agile thinking and behavioral change in companies in a modern and appealing way.

Purushothaman had just arrived back in Berlin from the Indian capital New Delhi. An espresso from the SAP kitchen was working its wonders. The first major customer of Hardskills is HCL Technologies, an Indian company that has around 140,000 employees worldwide who have been learning with the help of Hardskills' digital platform for several months. The development of the platform took three years. For Purushothaman, it's not just a job, but a calling. "This is how you take control of your destiny," she says proudly.

A call for more female founders

In an effort to create a better sunscreen and find the best bag, two women founders have turned to the project "Female Entrepreneurs of the Future" for help to market their innovative products in savvy and creative ways. (16.07.2018)

From blogger to entrepreneur – an interview with Sabrina Spielberger

The founder of digidip is one of Germany's most successful female digital entrepreneurs. She spoke to DW's Manuel Kasper-Claridge about her company and how she got to where she is today. (10.09.2018)

Why companies home in on customer experience data

German technology giant SAP has agreed to buy Qualtrics International in what will be the company's second-largest acquisition. Qualtrics offers customer experience software — why is that so important for SAP? (12.11.2018)