Female business founders are still the exception to the rule in Europe's business landscape. Only 15.6% of the continent's startup founders are women. But there are enough examples that things are changing. 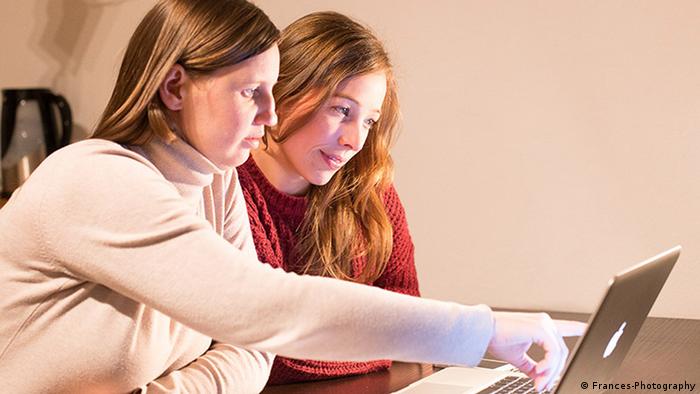 It was a pivotal moment for Maria Mattsson Mähl. She sat on a panel in the Swedish city of Visby and was supposed to talk about her experience as an entrepreneur. It was in the summer of 2017, when several politicians, businesspeople and media representatives sat together for a panel discussion organized by the "Alemedalen Week" — a prestigious annual networking event in Sweden named after the eponymous public park.

But Mattsson Mähl felt very much alone because during the discussion she was confronted with figures she couldn't believe. Apparently, there were only 17 Swedish companies with a turnover of more than 50 million Swedish kronor ($5.42 million, €4.79 million) founded by women.

The birth of the 17 Network

"I could not believe it," she told DW in an interview. "Together with another female entrepreneur, I soon started a shoutout. We wanted to identify more companies that had female founders or majority owners and also had a minimum turnover of 50 million kronor."

In just a few weeks, the two entrepreneurs launched the Swedish women's network "17 Nätverket" ("The 17 Network"), an ironic reference to the fact that there were allegedly so few female founders and entrepreneurs in Sweden.

Within a year, 17 Nätverket identified over 45 companies either founded by women or with female majority stakeholders, and revenues above 50 million kronor. Since then, the number of companies that fit those criteria has grown to more than 50%.

"We want to inspire other female entrepreneurs to dream big and build larger companies," the 44-year old says about the network's goal. She believes size is a measure of success because it ensures sustainable business and stability. Mattsson Mähl also stresses how much easier it is for a larger company to establish a functioning IT infrastructure. 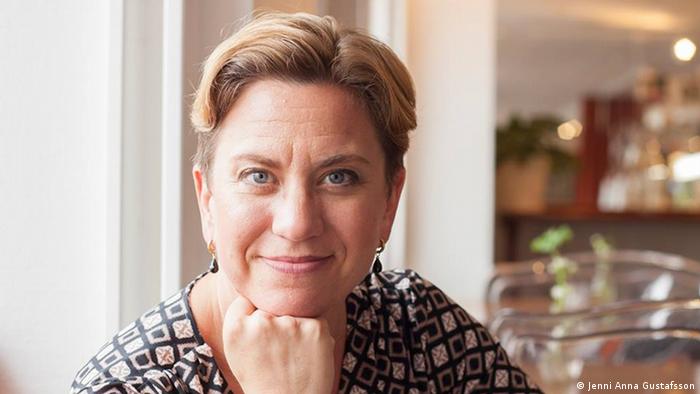 Maria Mattsson Mähl's company, AlphaCE, provides coaching to the long-term unemployed. With annual revenue of 300 million kronor in 2017, the company stands out among female-founded firms

As for her own company, she is aiming to boost revenue to one billion kronor within the next five years. The company's main money spinner is education programs which she wants to develop further and also sell in markets outside of Sweden.

The startup of Melanie Stütz is rather small compared with that of her Swedish fellow founder. Her aspirations are nevertheless big. "We need a second SAP in Germany, a global company in the software field. Why haven't we managed to achieve that yet?" Stütz wonders.

She and her husband Andreas run IDEASCANNER — a company that uses artificial intelligence to evaluate business ideas with the help of an algorithm. The software allows startups to test their business ideas or develop entirely new ones.

"Of course, in principle, any idea has a chance if it finds a customer. But if an idea earns a score of more than 70 points, it has the potential to become a really big idea like Google and the likes," Stütz is convinced. But her company offers more than data analysis because it also provides workshops to help companies develop their ideas.

IDEASCANNER is based in Munich and has its own experts and partners, among them the German Research Center for Artificial Intelligence (DFKI). But the location of the business doesn't really matter, Stütz stresses, because operations could be run from anywhere in the world, as long as there is appropriate access to the internet. 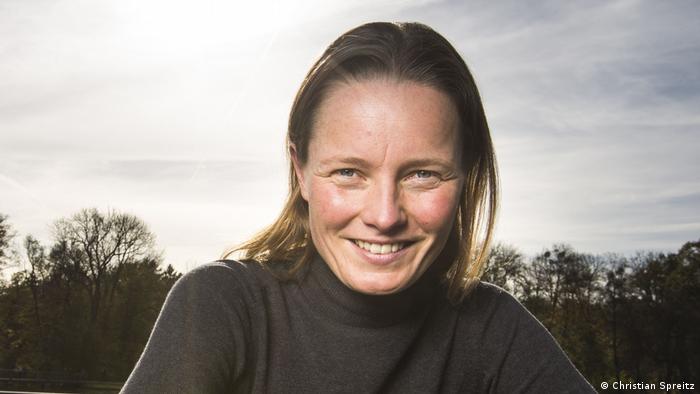 Melanie Stütz's startup IDEASCANNER allows would-be business founders to check their plans against commercial viability. The process takes only 10 to 15 minutes, providing customers with a score and feedback about how to improve their plans. A detailed analysis follows in a second phase

The company's software is continually exploring new trends in the business world, looking for even weird ones like why there's no foot heating in cars while seat heating already exists. "Perhaps an idea for automotive suppliers," Stütz quips in a reference to the latest finding of her IDEASCANNER software.

The power of networks

IDEASCANNER aims to "democratize knowledge," and just like her Swedish counterpart, Stütz believes in the power of networking. "Exchanging ideas and being an example for others, that's important," she says, adding that, of course, this must go along with a willingness to take risks and hard work.

For Stütz, private life and business plans often intermingle. So it was during 18 months of leisure travel across five continents in a gyrocopter when the IDEASCANNER software was born. Intended to fulfill a long-held dream with her husband Andreas, the trip finally created first designs for the software with which they originally wanted to evaluate their own business ideas.

Founding a business of her own was always a priority for Stütz as she wanted to follow in the footsteps of her grandfather who sold desalination plants to Dubai. His entrepreneurial spirit continues to live on in her family as much as her grandfather's sales business.

But Stütz is also optimistic about other female founders and those who strive to be one. She's convinced there's no lack of business ideas, adding: "You don't necessarily have to have money to realize your dreams."