Pharmaceutical giant Merck now has a woman at the helm | Business| Economy and finance news from a German perspective | DW | 03.05.2021

Pharmaceutical giant Merck now has a woman at the helm

New Merck CEO Belen Garijo is the second women to reach the top of a DAX company, and the only one to hold the reins alone. It's a rare example of a female executive making it to the summit in the German business world. 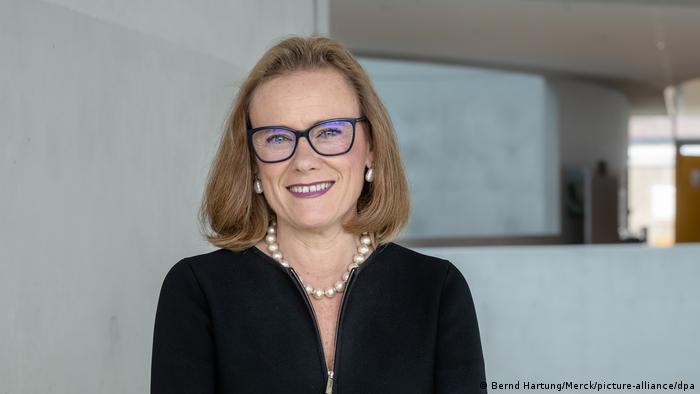 In the middle of a global debate about social justice, women's rights and quotas for women in companies, Belen Garijo has ascended to the top job at Germany's pharmaceuticals giant Merck. Since the beginning of May, she has been CEO and chair of its executive board. That makes her the first woman to single-handedly run one of Germany's 30 biggest listed companies, known as the DAX.

So far, the only other woman to reach the top of a DAX company is Jennifer Morgan. Starting in October 2019, she was co-CEO of software company SAP, along with Christian Klein. But her time there was short, and after six months she left in April 2020. Garijo's spin at Merck promises to be longer.

Yet for Garijo, being the first sole female CEO of a DAX company will bring extra pressure and scrutiny, "because she also knows, of course, that her success will be measured against whether women are up to the job of being CEOs," Monika Schnitzer, an economist at Ludwig Maximilian University in Munich and a member of the German Council of Economic Experts, told DW.

"This is a long-overdue step. Unfortunately, we are still a long way from this being a matter of course. But hopefully it will help us eventually reach the point where the appointment of a woman to such a board position is no longer headline-worthy," said Schnitzer. 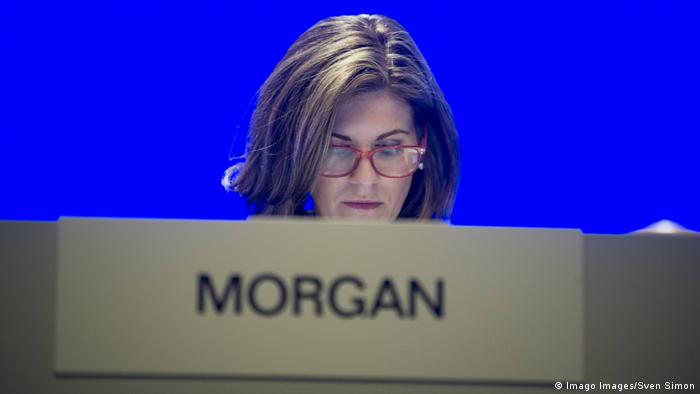 Is Germany too traditional?

At the same time, Germany is also perceived as making it hard for women to reach the top. "Germany is indeed one of the countries that have a particularly traditional understanding of roles," concluded Schnitzer.

Half-day schooling, a poorly developed childcare system and a tax system that favors married couples all mean that couples often choose a more traditional division of roles where women work part-time once they have children. "As a result, German companies are still reluctant to invest in the career of women as managers, because they expect them to limit their professional involvement sooner or later," said Schnitzer.

This leads to a big gender pay gap, and female executives are few and far between at most German companies. This seems especially ironic in a country led by Angela Merkel for almost 16 years. In March, the Federal Statistics Office released figures showing that the gender pay gap had slightly narrowed in recent years. Nonetheless, women in Germany earned on average 20% less than men in 2019; across the European Union, that figure was around 14%.

For Germany, much of the difference can be put down to the fact that women are likelier to work part-time or simply fewer hours. When men and women with matching qualifications do the same job with the identical number of hours, the gap narrows to an average of 6%.

A company with a long history

Pay gap or not, the new Merck boss has her work cut out for her, with pharmaceutical companies in the spotlight more than ever due to the coronavirus pandemic. Many companies have become household names for the first time. Following in the footsteps of Stefan Oschmann, Garijo is taking over a massive company that claims roots going back 350 years to a pharmacy in Darmstadt, Germany.

Not to be confused with New Jersey-based Merck & Co. — a different, unaffiliated company — Germany's Merck KGaA is a multinational corporation with 57,000 employees in 66 countries. Net sales for 2020 hit €17.5 billion ($21 billion), up from €16.1 billion the previous year.

On top of Merck's day-to-day business, it is now working hands-on in the coronavirus pandemic, making lipids used by other companies to produce vaccines. By ramping up its production, it is now able to supply more than 50 developers of coronavirus vaccines around the world, including BioNTech.

How to negotiate more successfully as a woman

How to negotiate more successfully as a woman

In 2015, the German legislature passed a law mandating a 30% quota for women on supervisory boards of listed companies. Aiming further down the corporate ladder, this past January, the German cabinet greenlit a bill to force more gender equality on company executive boards after a voluntary system didn't bring about enough change.

If approved, the law will make it mandatory for listed companies to appoint one female board member if it has at least four members. Companies that the government has a majority stake in will be held to even tougher standards. Currently, only around 16% of DAX board members are women.

Such laws are not just symbolic. "They do mean something. They set the tone and the norms," Stefanie Lohaus, director of the European Academy for Female Leadership, told DW. Additionally, generational change and social pressure are making it embarrassing for companies to keep out women.

Lohaus doesn't think there is a lack of qualified candidates in Germany. For her, there is a lack of development opportunities. "Women have not been promoted enough in the past and have not been given sufficient opportunities to develop into such management positions," she said. Garijo could be a case study proving this point, since much of her executive climbing was done not in Germany, but in other countries like France and Spain.

A long road to the top

A trained doctor, Spanish-born Garijo started out as a physician before moving into the pharmaceuticals industry. She worked for Abbott, Rhone-Poulenc Rorer and Sanofi-Aventis before going to Merck in 2011. There, she worked at its biopharma business and then took over its health care unit. Most recently she was deputy CEO and vice-chair of the executive board. Besides working at Merck, she is on the boards of cosmetic company L'Oreal and Spanish bank BBVA. She seems to be filling lots of executive roles at the same time.

Still, economist Monika Schnitzer sees a need for quotas to get more women into executive positions. "For years, policymakers have relied on voluntary commitments by companies and asked them to set their own targets ... only to find that many companies have reported a target of zero percent women on the board," she said. "Without a quota, experience shows, nothing changes — or at least, it changes far too slowly."

A new study examined Facebook's ad-delivery algorithms and found that some ads were directed to a particular gender "beyond what can be legally justified" by differences in job qualifications.

Germany's top labor court has ruled for a woman who was paid less than her male colleagues, ruling that the burden falls on her employer to prove that the disparity is not based on gender.