UN representatives traveling to the region described the situation as "appalling," calling on both countries to live up to their human rights obligations. 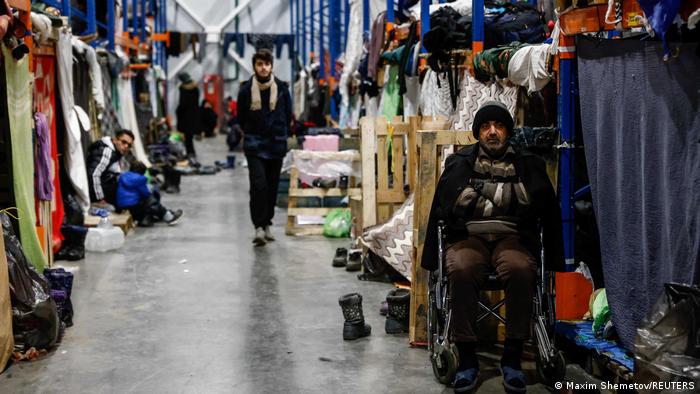 The United Nations Refugee Agency (UNHCR) on Tuesday reported that representatives sent to assess the situation at the Polish-Belarus border were "not granted access to the restricted border area" between the two countries.

UNHCR spokeswoman Elizabeth Throssell told reporters in Geneva, Switzerland, that representatives in the region from November 29 until December 3 were granted no access at all to Belarus, yet spoke with Polish officials, local civic groups and 31 migrants about the ongoing "appalling situation" at the border.

Beyond noting that access to the border was a human rights issue and that both countries needed to live up to their obligations under international law, Throssell said.

"Those interviewed described dire conditions on both sides of the border, with no or limited access to food, clean water and shelter, often amid freezing temperatures," she added. "We urge the authorities of both countries to allow access to the border areas ... and to stop practices that put refugees and other migrants at risk."

She also said many of the individuals the UNHCR team interviewed — people who arrived in Poland between August and November — claimed they had been regularly "beaten or threatened by Belarus security forces." 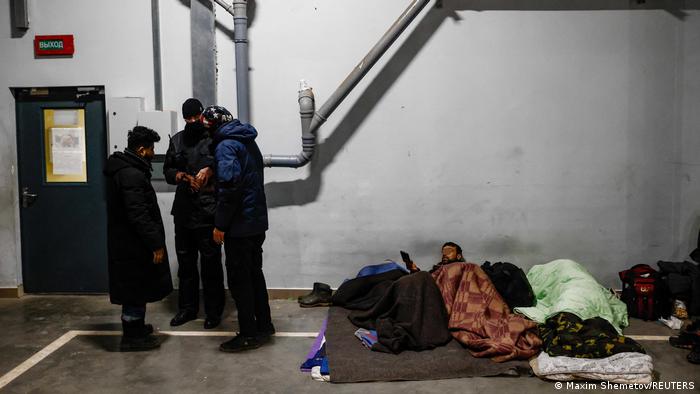 Many people are being housed in a transportation and logistic center

Why are there so many migrants at the Polish border?

Thousands of mainly Middle Eastern migrants have gathered at the border over the past several months, forcing standoffs between authorities and desperate migrants and refugees seeking to gain access to the EU.

The European Union and EU member states accuse Belarusian strongman Alexander Lukashenko of luring poor migrants to Minsk in order to push them into the EU as a destabilizing act as revenge for onerous EU sanctions on his regime over human rights abuses.

Migrants and refugees have been caught between Polish and Belarus security forces in freezing temperatures and a number of people are reported to have died.

Belarus denies that it orchestrated the crisis by allowing people to fly into the country and then busing them to the border, and has urged the EU to welcome migrants and refugees.

Poland, too, has been criticized for its tough stance vis-a-vis the migrants. The country has erected razor-wore barricades and deployed thousands of soldiers along its border.

"The migration route, controlled and organized by the Belarusian services, is only a tool used by the regime in Minsk," Zaryn said.

The UNHCR's Throssell said many of the migrants and refugees interviewed by the UN had crossed the border several times in both directions due to "recurring practices by the two countries of pushing people up to or across the border."

Some, she said, had hidden from security forces for weeks in the woods along the border, with one claiming to have made 26 attempts to cross into Poland.

Lithuania and Latvia have also struggled to defend their borders with Belarus.

Throssell on Tuesday criticized Poland's policy of immediately and automatically pushing back anyone who entered the country illegally, urging Warsaw to "instead conduct meaningful individual assessments to determine individual protection needs, consistent with the prohibitions in international law of refoulement and of collective expulsions."