The Belarusian strongman has encouraged migrants to continue their journey into the European Union. "We will not try to catch you, beat you, and hold you behind barbed wire," he said. 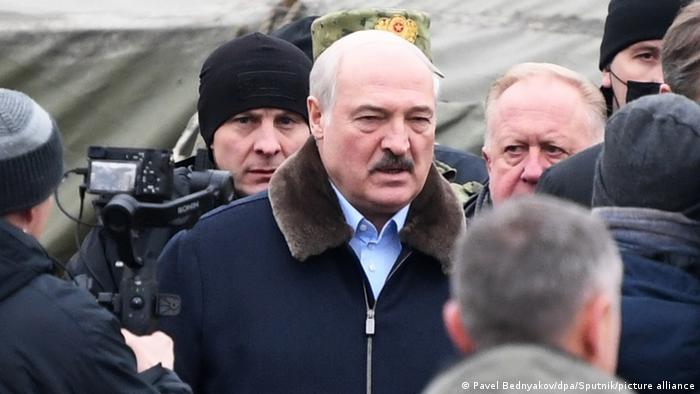 In televised remarks, the longtime ruler encouraged the migrants to continue their attempts to enter the European Union.

"If anybody wants to go west — that is your right. We will not try to catch you, beat you, and hold you behind barbed wire," Lukashenko said.

"We will work with you to achieve your dream," the leader said to applause from the migrants.

Germany urged to take in migrants

While Belarus has started flying some of the migrants home, Lukashenko believes Germany should accept those stranded at the border.

"Please take these people in. This number is not very big. They want to live in Germany —  2,000 people is not a big problem for Germany," he said.

Germany has made it clear that it will not be taking in the migrants.

Interior Minister Horst Seehofer said earlier in November that if Berlin took in migrants it "would mean implementing the very basis of this perfidious strategy."

Migrants torn between hope and resignation

The border region has been a flashpoint in recent weeks, as thousands of people mainly from Middle Eastern countries have attempted to make their way across Poland toward richer EU states. People have set up camp in freezing forests with little to no food or water.

The EU has accused Belarus of engineering the crisis on the border by bringing migrants into the region and using them as part of a "hybrid war," retaliation for sanctions imposed on the Lukashenko regime over last year's contested election.

New sanctions have been agreed upon and are expected to be adopted in December.

Aid organizations have said at least 11 migrants have died on both sides of the border since the crisis began.