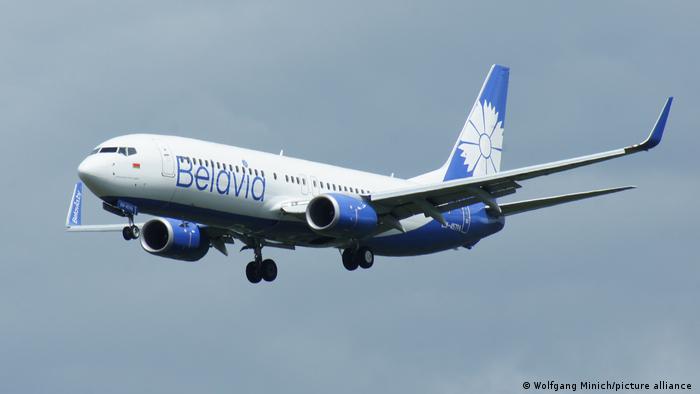 She rejected the idea that there was a migrant crisis at Europe's eastern frontier, saying instead that it was an attempt by Belarus to "destabilize the bloc."

What is the latest plan?

Von der Leyen said she would propose rules to European Parliament lawmakers to "blacklist all means and modes of transport involved in trafficking in persons and smuggling of migrants."

"Today the Commission is putting forward a legislative proposal to do this," she said.

Von der Leyen said the EU did not recognize Alexander Lukashenko's regime, which the bloc says is using migration as a weapon.

"It is the EU as a whole that is being challenged," von der Leyen said. "This is not a migration crisis. This is the attempt of an authoritarian regime to try to destabilize its democratic neighbors."

"We agreed that to counter this behavior, it is important to coordinate our sanctions and to work with countries of origin and the airlines that are transporting migrants to Minsk."

The commission chief said the EU was coordinating with the United States, Britain and Canada on a new package of sanctions.

He told lawmakers that a decision by member states on an expanded sanctions package was "imminent." It would include the ban on leasing planes from EU-based companies, he said.

Several other airlines have already halted or cut down on flights to Minsk since the EU complained that migrants were being tempted to Belarus with false promises about a route into the EU.

Migrants — many of them fleeing war and poverty in countries such as Syria and Afghanistan — have been entering the European Union from Belarus, particularly via Poland.

Belarus is already under sanctions from Brussels for its crackdown on protesters who rejected elections held last year as fraudulent.