The regional government of the German state of Bavaria introduced a law requiring migrants to respect the "leading" local culture. Now, opposition party complaints it violated the constitution have been upheld. 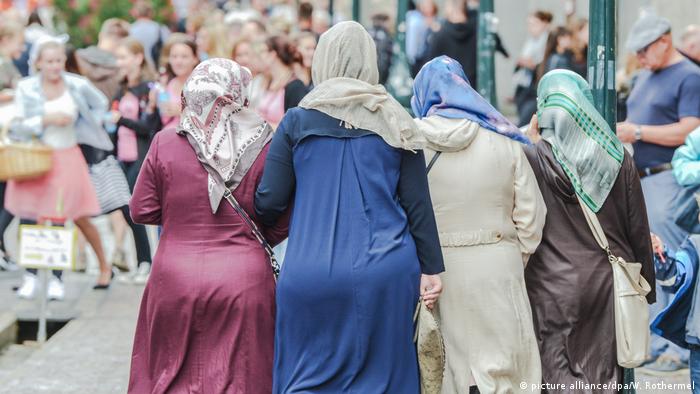 Bavaria's constitutional court on Tuesday concluded that parts of the state's integration law did not conform to the region's constitution. The verdict is a setback to the Bavarian government, run by the conservative Christian Social Union (CSU) party, the sister party of Chancellor Angela Merkel's Christian Democrats (CDU).

The law was passed by the state legislature in December 2016 and came into effect in January 2017.

The CSU said the law was necessary to cope with the integration challenges posed by the influx of hundreds of thousands of asylum-seekers into Germany in recent years.

The law foresaw fines for migrants who refused to learn the German language and "basic courses" for those who disregard the German legal and value systems.

But opposition parties in the state legislature, like the Social Democrats (SPD) and the Greens, opposed the law, particularly over a contentious clause that requires migrants to respect the "Leitkultur," which roughly translates to "leading" or "guiding culture."

Opponents argued that the law did not clearly define the term and what it meant in practice. They also said the idea of a guiding culture breeds intolerance, given that it demands people abandon their traditions at the behest of the majority.

Furthermore, critics stressed that a German guiding culture is impossible to define given that culture is inherently flexible and constantly changing. They said existing laws sufficiently define what kind of behavior is acceptable in German society.

Opposition was also directed at a provision requiring all children in daycare centers to "learn central elements of Christian Western culture."

But proponents of the concept say a clearly defined common culture could prevent the formation of what they consider parallel societies, or isolated minority groups.

Expect the soul-searching about what it means to be German to continue after changes to the Nationality Act. The old standards used to establish a national identity no longer apply, writes DW Zoran Arbutina. (28.06.2019)

As Germany struggles to accommodate an influx of refugees amid a far-right resurgence, a familiar term has re-emerged in the national political discourse: "Leitkultur." But what does it actually mean? (17.05.2017)