Lithuania has inaugurated new power lines to Sweden and Poland to connect the Baltic countries to the European grid. The EU-member Baltic states are in a drive to reduce energy dependence on Russia. 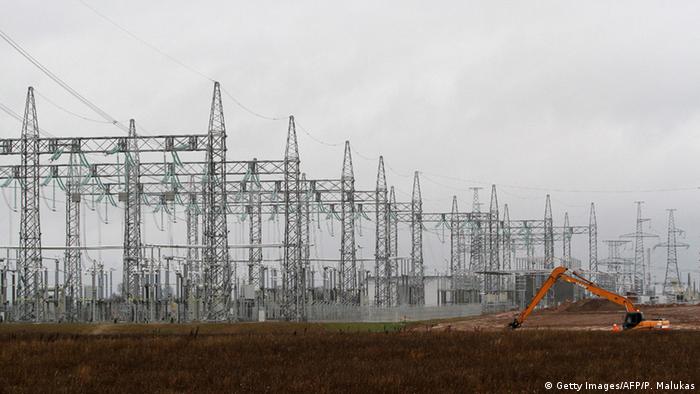 The Baltic states on Monday took another step towards greater energy independence by connecting the region to European energy markets with power lines to Poland and Sweden.

"We have turned an isolated energy island in the Baltic Sea region into the Baltic energy ring," said Lithuanian President Dalia Grybauskaite.

Funded partially with EU money, the 700-megawatt undersea cable to Sweden and the 500-megawatt power line to Poland are part of the Baltic states' efforts to integrate with the European energy and power grid in a bid to reduce dependence on their former Soviet master.

The EU and NATO members Lithuania, Estonia and Latvia are still part of Russia's energy ring, giving Moscow the potential to exert tremendous economic and political pressure at a time of concern over Russia's recent actions in the region, particularly in Ukraine.

This year Lithuania imported some 75 percent of its electricity, with half coming from Russia and Belarus.

The new power lines add to existing lines between Estonia and Finland and are likely to reduce energy prices and increase competition as the Baltic region aims to create an integrated power and energy market.

The three Baltic prime ministers said they would like to synchronize their electricity systems with Europe by 2025 and leave the post-Soviet system.

"This is a very important step for the regional electricity market... (it) will strengthen our region's security," said Estonian Prime Minister Taavi Roivas.

US Secretary of State John Kerry said in a letter that the power lines were "a truly historic milestone in the Baltic states' energy security."

The new power lines follow the signing of an agreement in October between Poland and the three Baltic states to build the first gas pipeline connecting the region to the European market.

Earlier this year Lithuania ended Russia's gas monopoly after it brought into operation a floating liquefied natural gas (LNG) terminal. Poland has made similar moves, receiving its first LNG gas shipment this week from the Middle East, and expanding its storage and pipeline infrastructure.

Myanmar: Aung San Suu Kyi may be unaware of unrest amid additional charge 31m ago