The aircraft will seek to determine if North Korean ships are violating UN sanctions by transporting prohibited goods. The announcement came a day after North and South Korea pledged to denuclearize the peninsula. 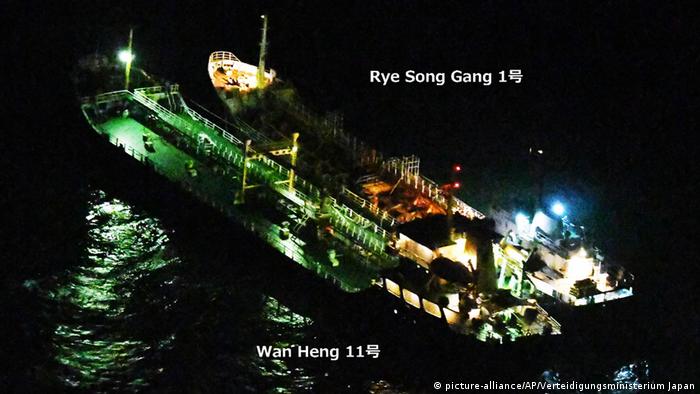 Australia announced Saturday that it would deploy a military aircraft to help monitor North Korean vessels suspected of transporting goods in defiance of United Nations sanctions.

Prime Minister Malcolm Turnbull said Australia's airplane would join forces with Canadian and British aircraft, all of which were to operate from a US military base on the Japanese island of Okinawa.

"We do have a P-8A surveillance aircraft that is going to be working in the region to monitor compliance with sanctions, and that is part of our collaboration with our partners in that exercise to enforce those UN sanctions," Turnbull said during a televised news conference.

He continued, "What has been occurring is that sanctions have been evaded by transferring materials from ship to ship...to add to the surveillance of the area enables that to be identified and then, of course, those who are a party to that to be held responsible and brought to account."

Turnbull's announcement came a day after the leaders of North and South Korea held a historic meeting at which they vowed to work towards a denuclearized Korean peninsula.

Australian Foreign Minister Julie Bishop said pressure needed to be maintained against the North to ensure the peninsula would eventually be free of nuclear weapons.

US President Donald Trump, who is also expected to meet North Korean leader Kim Jong Un in the next two months, said he intends to keep up the pressure on Pyongyang. He reaffirmed his support for UN sanctions that were imposed as a show of opposition to the North's missile and nuclear programs.

Japan, another US ally that lies well within range of Pyongyang's missiles, welcomed the stepped-up surveillance.

"Japan welcomes these activities from the viewpoint of upholding the maximum pressure on North Korea while maintaining the solidarity of the international community," the Japanese government said in a statement, referring to the aircraft deployments announced by Australia, Canada and Britain.

In February, high-level US officials and their key Asian allies announced they were preparing to ramp-up efforts to intercept North Korean ships suspected of violating UN sanctions.

The plan called for closer monitoring of vessels suspected of transporting banned weapons components and other prohibited cargo going in and out of North Korea.