Are Turkey and Russia at odds in northern Syria?

Turkey's incursion into Afrin has raised questions about the prospects for peace in Syria. Kristian Brakel of the Heinrich Böll Foundation in Istanbul talks to DW about the conflict, and the role Russia plays. 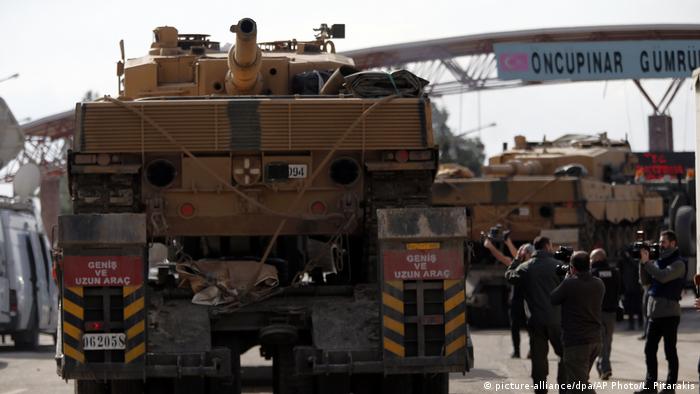 DW: Turkey has launched a military offensive against the Kurdish-held enclave of Afrin in northern Syria. Meanwhile, there are reports on Tuesday of clashes involving Turkish forces advancing on the province to the south, Idlib. What interests does Turkey have there?

Kristian Brakel: The Syrian army is currently conducting an offensive in Idlib. Turkey has a stated interest in keeping the Syrian army from taking control of this enclave. Idlib is one of the few enclaves held by rebel groups. Some of those groups are Turkish allies. Turkey hopes to keep this area on the table to leverage future peace negotiations in Sochi.

Why has Russia allowed Turkish President Recep Tayyip Erdogan's army to advance in the region? 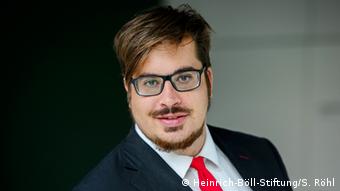 Brakel is director of the Heinrich Böll Foundation in Istanbul

The entire area is under rebel control. It is not an area controlled by the Syrian army, nor by the Russians. And it is also an area that is part of the so-called "de-escalation zone" established by Russia, Turkey and Iran. The area around Idlib is in the Turkish sector, where Turkey is responsible for keeping rebel groups from attacking Assad's army. Thus, Russia allows Turkey freedom of operation in the area.

How does Russia view Turkey's decision to enter Afrin?

Russia has an interest in bringing this conflict to a conclusion — on its terms of course. Russia also wants to force the Syrian regime to agree to a deal. When Russia sits down with Turkey, Iran, and later with the Americans, at the Sochi peace conference, it will want to achieve a deal that guarantees the longterm survival of the Syrian government — although not necessarily the Assad regime.

Could such a deal mean that Turkey allows the Syrian army to advance so that the Syrian government can hold sway over the country's Kurdish region?

Yes. Early last year the Russians put forth a proposal for a new constitution. It envisions the continued existence of the Syrian central government but also autonomy for certain regions. Of course, one thing the Russians want to avoid — and something that has been happening over the last few months — is that the Syrian-Kurdish PYD party (Democratic Union Party) becomes aligned with the United States. 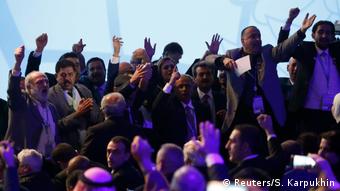 What the Russians have offered the Kurds is in Russia's own interest: That they will pull out of the region, allowing the Syrian government to strengthen the area and if necessary repel Turkish attacks. Russia wants to keep the Kurds pliable. And it wants to avoid allowing them to become overconfident — trained by the Americans, possibly even being deployed by the US.

Has the plan already worked, since the Kurds have asked Assad for protection?

That is the case in Afrin. I also think it is in Russia's interest to see that the operation doesn't drag on. But it also appears that concessions have been made to Turkey in order to gain later concessions from the Turks in Sochi. I cannot say if the Russians have been successful or not because I do not know what has been going on behind the scenes. Nevertheless there seems to be a clear desire to win the Turks as allies, or at least to get them to participate in a stable agreement, because everyone knows that most of the rebel groups in Syria's Kurdish region are operating out of Turkey.

That means that Turkey will get what it wants and hinder the formation of a Kurdish state in Syria?

Russia has been working with the Syrian-Kurdish PYD party for a long time — in part to counterbalance Turkish influence but also to create a type of buffer zone against other advancing rebel groups. It wants to keep the Kurds from thinking of themselves as a US proxy army. So far, Russia has shown an interest in a certain amount of Kurdish autonomy. Nonetheless, it has had little success selling the Assad regime on the idea. Apparently Russia still isn't in the position of being able to dictate terms to the Assad regime. One of the big reasons for that is simply because it has to reach some sort of agreement with Iran. And Iran certainly has no appetite for Kurdish autonomy.

Kristian Brakel is an expert on Islamic studies and the director of the Heinrich Böll Foundation in Istanbul.