It is the first time that world leaders meeting at the APEC summit have been unable to sign a final joint communique. The gathering in Papua New Guinea was dominated by diplomatic sparring between the US and China. 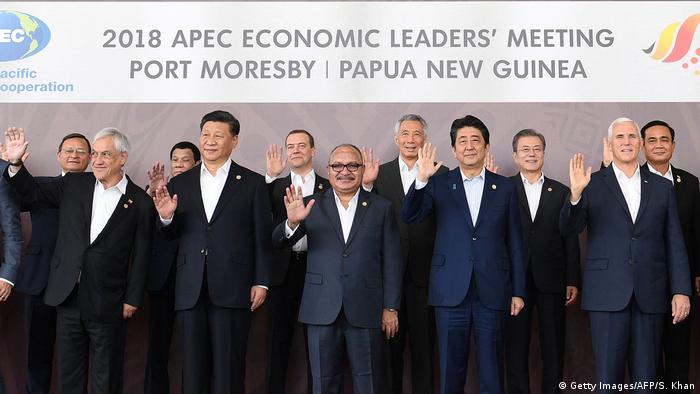 The 21 nations at the Asia-Pacific Economic Cooperation meeting in Port Moresby were unable to bridge their differences on trade and come up with a final communique on Sunday. It was the first time leaders had failed to make a joint declaration in the forum's 29-year history.

Instead, chair Papua New Guinea said it would issue a formal closing statement in the coming days.

The two-day summit highlighted growing divisions between the US and China as they compete for greater influence in the South Pacific region.

"The entire world is worried" about tensions between China and the US, PNG Prime Minister Peter O'Neill told reporters as the summit closed.

PNG Foreign Minister Rimbink Pato told Reuters that one of the main sticking points in reaching a consensus was the multilateral trade system.

According to draft versions of the communique seen by The Associated Press, China wanted a reaffirmation of opposition to protectionism and unilateralism, which it accuses the US of engaging in. The US appeared to insist on stronger language against the types of unfair trade practices it attributes to China.

Sources cited by news agencies also reported that police had to be called after Chinese officials attempted to "barge" into Foreign Minister Pato's office in a bid to influence the draft communique. Pato later downplayed the incident. 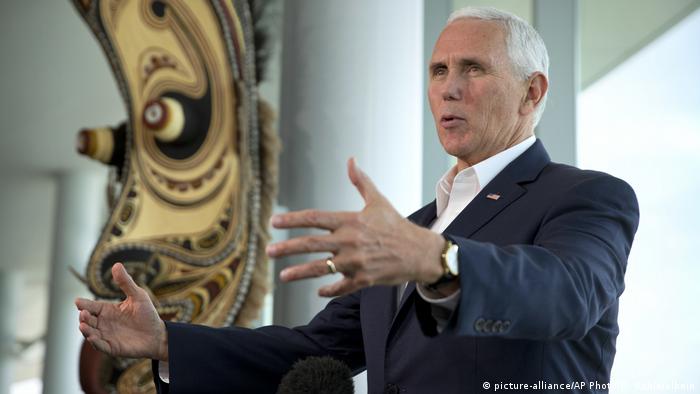 Differences between world's two largest economies were also made apparent by the announcement of separate funding projects.

The US, Japan, Australia and New Zealand promised to jointly fund a $1.7 billion (€1.5 billion) project to bring electricity and internet to much of PNG, where less than 20 percent of the population of 8 million is connected to the power grid.

The plan is part of a concerted effort by the US and its Western allies to boost influence in the region as China rolls out its Belt and Road Initiative — an ambitious trade and infrastructure program connecting China to Europe, Africa, Southeast Asia and elsewhere.

China pledged $4 billion to fund PNG's first national road network. It also struck a deal with Tonga, which signed up to Belt and Road and got a five-year deferral on a Chinese loan just before it was due to start repayments. 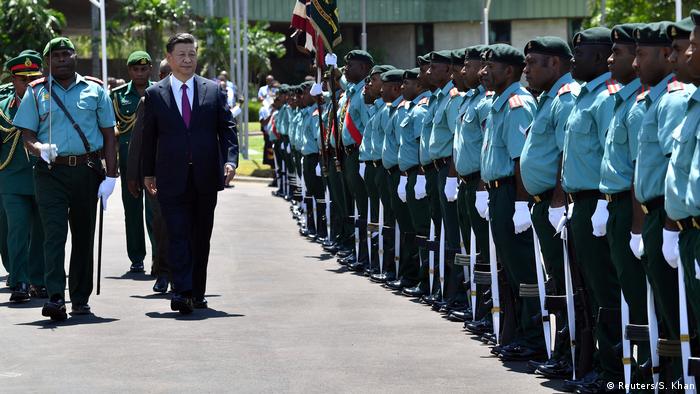 In a speech on Saturday, US Vice President Mike Pence launched an attack on Belt and Road, warning smaller nations not to be seduced by the massive infrastructure program. The "opaque" loans come with strings attached and build up "staggering debt," he said. He urged APEC countries to instead stick with the US, which doesn't "drown our partners in a sea of debt" or "coerce, corrupt or compromise your independence."

China's Foreign Ministry rejected the charges, saying no developing country would fall into a debt trap because of its partnership with Beijing.

"On the contrary, cooperating with China helps these countries raise independent development capabilities and levels, and improves the lives of the local people," ministry spokeswoman Hua Chunying said.

Chinese President Xi Jinping used his speech on Saturday to slam the "America First" trade protectionism championed by US President Donald Trump, saying it was a "shortsighted approach" that was "doomed to failure."

PNG Foreign Minister Pato said his country planned to keep its options open: "We welcome Chinese investment, we welcome US investment. Our foreign policy is to be friends of all, enemies of none."