APEC summit sees China and US at odds over trade war

The Asia-Pacific summit has become the latest stage for the trade dispute between the US and China. Beijing called for consultations as Washington threatened more tariffs. 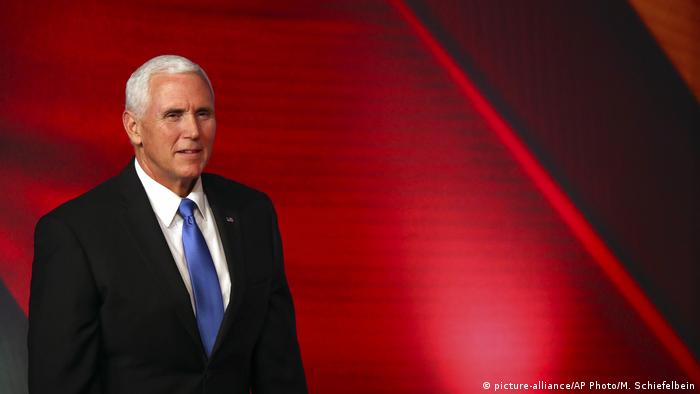 The main protagonists in the US-China trade war set out their positions at the start of an Asia-Pacific summit in Papua New Guinea on Saturday.

Ahead of the Asia Pacific Economic Cooperation (APEC) summit on Saturday, Chinese President Xi Jinping was first to speak and said there would be no winners from a trade war or a new Cold War. Protectionist actions were shortsighted and doomed to fail, Xi said.

"We should say no to protectionism and unilateralism," Xi said, in evident reference to President Donald Trump's "America First" policies. 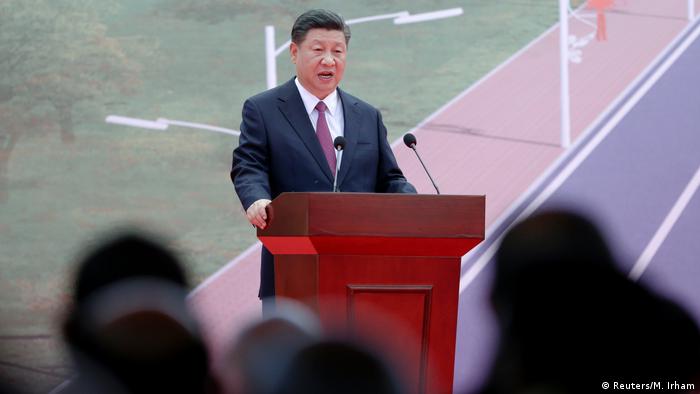 Xi: 'No to protectionism and unilateralism'

"Attempts to erect barriers and cut close economic ties work against the laws of economics and the trends of history," Xi said. "This is a shortsighted approach and it is doomed to failure."

Xi's comments follow months of a trade dispute between the US and China, with each imposing tariffs on the other's goods. "History has shown that confrontation — whether in the form of a cold war, hot war or trade war — will produce no winners," he said.

He also called for a resolution to the dispute through consultation, in a spirit of equality and mutual understanding.

But when US Vice President Mike Pence addressed the assembly, he said Washington would not back down in its trade dispute with China and could double its tariffs unless Beijing agreed to its demands.

"We have taken decisive action to address our imbalance with China," Pence declared. "We put tariffs on $250 billion (€218 billion) in Chinese goods, and we could more than double that number."

"The United States, though, will not change course until China changes its ways," Pence stated. 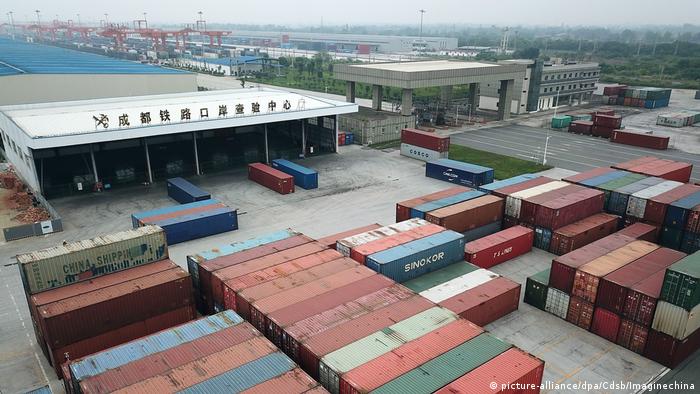 The Chengdu Railway Port in southwest China connects with 14 cities along the route of the "Belt and Road" initiative.

Pence also attacked China's global infrastructure "Belt and Road" initiative, calling many of the projects low quality and saying it left developing countries with debt they were unable to afford.

Xi had defended the initiative: "It is not designed to serve any hidden geopolitical agenda, it is not targeted against anyone and it does not exclude anyone ... nor is it a trap as some people have labeled it," he said.

"Mankind has once again reached a crossroads," Xi remarked. "Which direction should we choose? Cooperation or confrontation? Openness or closing doors. Win-win progress or a zero-sum game?"

The assembled leaders were from Pacific Rim countries, which account for 60 percent of the world's economy.

The US does not want a "Cold War" policy towards China, US top diplomat Mike Pompeo said at a high-level summit with Chinese officials in Washington. The two sides traded blows over militarization in the South China Sea. (09.11.2018)

Through a series of major investment funds and development aid projects, Australia and China are trying to outbid each other to create networks of power and influence in poorer Pacific nations. (16.11.2018)