Lab data turned over to the anti-doping agency was meant to clear the way for Russian athletes following an earlier doping suspension. Now WADA says Russia doctored the files, and is calling for another ban. 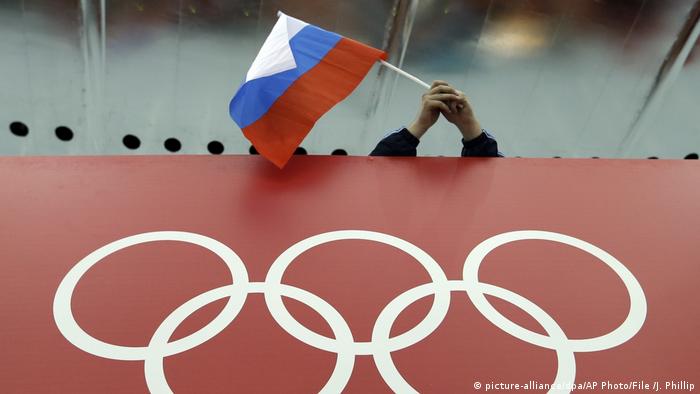 A panel at the World Anti-Doping Agency (WADA) has recommended banning Russia from competing in all sporting events for the next four years, including the 2020 Olympic Games.

Monday's recommendation follows the conclusion of an investigation into a purported cover-up of doping by Russian athletes.

Earlier this year, Russia provided WADA with lab data on its athletes as part of a deal that would have ended the suspension of the Russian Anti-Doping Agency (RUSADA), which had been linked to revelations of a vast state-supported doping program.

While the intention was to reveal past instances of doping and cover-ups, WADA's Compliance Review Committee instead says hundreds of positive tests were removed from the data. In a statement, WADA said the data was edited after Russia agreed to turn over the files.

"These activities were concealed by backdating of computer systems and data files in an attempt to make it appear that the Moscow data had been in their current state since 2015," read the statement.

Russia was similarly banned from the 2018 Winter Olympics in Pyoengchang amid the fallout from a state-sponsored doping program. Russian athletes competed as "Olympic athletes from Russia," with the International Olympic Committee (IOC) limiting participation to athletes who had not previously been implicated in any drug-testing scandals or cover-ups.

This new ban could also jeopardize the status of international sporting matches currently scheduled to take place in Russia, including the 2021 Champions League final, one of soccer's most important games.

Thomas Bach, president of the International Olympic Committee, has expressed his opposition to a possible ban.

"Our principle is that the guilty ones must be punished as hard as possible and the innocent ones must be protected,'' he said last week.

WADA officials will reconvene on December 9 to make their final decision.

Doping expert Mario Thevis: 'There are a lot of risks'

Doping is widespread not only in elite-level sports, but also in amateur sports. German doping expert Mario Thevis spoke to DW about the health risks that athletes expose themselves to by using banned substances. (10.07.2019)

The sports doping program carried out by the former East Germany has been history for decades. But for many athletes of the era, the scars — both physical and mental — have not gone away. (01.10.2010)