The World Anti-Doping Agency has obtained data from a Russian database it said confirms allegations of state-sponsored doping. If verified, it would be a major blow to Russia's chances of competing at the 2018 Olympics. 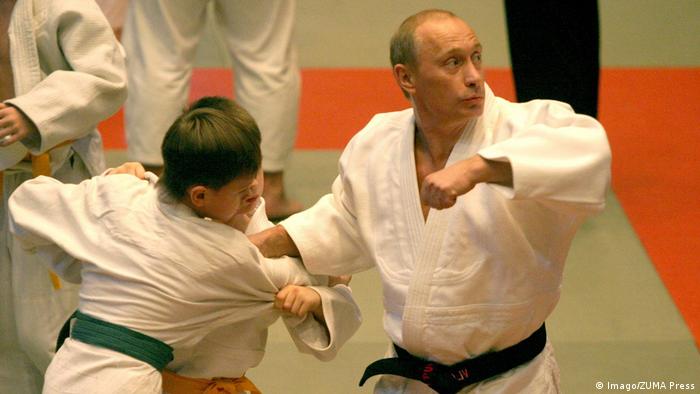 The World Anti-Doping Agency (WADA) said on Friday that its Intelligence and Investigations department was finalizing forensic analysis of a file it had received concerning allegations of Russian doping and would provide more information at its executive committee meeting in Seoul on November 15-16.

Its possession of the database was first reported by The New York Times earlier on Friday. Citing two people with knowledge of the case, the paper reported the files had been leaked to WADA by a whistleblower after Russian authorities declined to hand over the information.

The body said it was confident the file is the Moscow anti-doping laboratory's testing data from January 2012 to August 2015.

Russian President Vladimir Putin said on Thursday that the allegations had been designed to create discontent ahead of presidential elections and were retaliation for alleged Russian meddling in the US election.

In 2016, a WADA-commissioned report by Canadian lawyer Richard McLaren found that over 1,000 Russian competitors in over 30 sports had been involved in a conspiracy to conceal positive drug tests over a period of five years. It uncovered sample tampering at the 2014 Winter Olympics in Sochi, Russia.

"WADA continues to stand firmly behind the outcomes of the Agency's independent McLaren Investigation," WADA President Craig Reedie said in a statement, adding that WADA had briefed the International Olympic Committee's Schmid and Oswald Commissions, both of which are conducting investigations into Russian doping.

"This new intelligence serves to reinforce our requirement of Russian authorities that they too publicly accept the outcomes; so that, we can all move forward in rebuilding public trust and confidence in Russian sport," Reedie said.

Doping and hooligans: How dirty is Russian sport?

A condition for Russia to be deemed rule compliant is that authorities responsible for the country's anti-doping program, including the Ministry of Sport and the National Olympic Committee, publicly accept the outcomes of the McLaren Investigation.

Russian authorities have always denied the state's role in the scandal and Russia remains barred from competing in international athletics events.

The country's Paralympic Committee and anti-doping agency, RUSADA, are also still suspended over the doping scandals.

The IOC will decide at its executive board meeting on December 5-7 on the participation of Russian competitors in the 2018 Pyeongchang Winter Games.

Sergei Portugalov was heavily implicated in reports about alleged state-sponsored doping in Russia. The Court of Arbitration for Sport has slapped him with a "lifetime period of ineligibility." (13.03.2017)

Sharapova to return from doping ban, but not everyone's happy

Maria Sharapova is set to return to action on Wednesday after serving a 15 month suspension for doping. But the Russian player's comeback is far from universally popular among her fellow players. (25.04.2017)

A damning report over state-run doping is heaping pressure on Russia's sports minister. But President Vladimir Putin is sticking by his old St. Petersburg pal, Vitaly Mutko. The pair go back more than two decades. (20.07.2016)