WADA has confirmed that Russia has missed a deadline to hand over data from its anti-doping lab. The deadline was set in September when WADA controversially lifted its suspension of the Russian Anti-Doping agency. 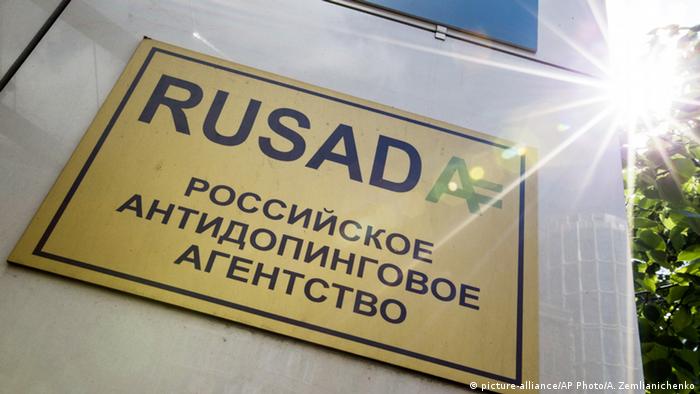 The World Anti-Doping Agency (WADA) confirmed in a statement issued on Tuesday that Russia had not met the December 31 deadline to hand over data from its Moscow anti-doping laboratory. This was one of two conditions WADA set out when it lifted the suspension it had imposed on the Russian Anti-Doping Agency (RUSADA) in 2015 as a result of evidence of state-sponsored doping contained in the McLaren Report.

"I am bitterly disappointed that data extraction from the former Moscow Laboratory has not been completed by the date agreed," WADA President Craig Reedie said in the statement, which was posted on the agency's website.

Read more: A dark day for the battle against doping

WADA officials had traveled to Moscow last month to attempt to obtain the promised data, but they left empty-handed on December 21 after Russian authorities demanded WADA certify their equipment under Russian law.

Tuesday's statement said that no further visit had followed and that the deadline "has elapsed without the data having been retrieved" from the lab.

However, the failure of RUSADA to meet the deadline doesn't mean that the WADA suspension will automatically come back into force. The statement said WADA's independent Compliance Review Committee (CRC) would consider the agency's next move at a January 14-15 meeting.

USADA: WADA 'being played by the Russians'

The decision in September to declare RUSADA "compliant" was met with widespread criticism and following the latest development, the head of the US Anti-Doping Agency (USADA), Travis Tygart, called on WADA to reinstate the ban.

"The situation is a total joke and an embarrassment for WADA and the global anti-doping system," Tygart said in a statement. "No one is surprised this deadline was ignored and it's time for WADA to stop being played by the Russians and immediately declare them non-compliant for failing yet again to meet the deadline."