Figure skater Ivan Bukin is one of over 100 Russian athletes barred from the Olympics over the doping scandal. The IOC decision has bewildered Bukin and confirmed what many in Russia believe is an anti-Russian campaign. 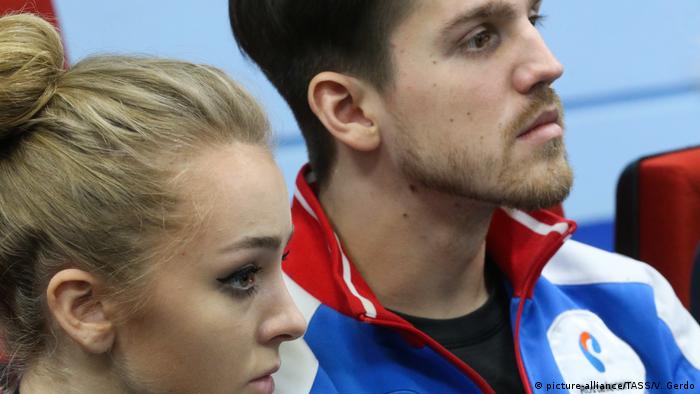 "We are just exhausted. Exhausted from waiting for something positive to happen. So far there has only been negative news for us athletes," says Ivan Bukin. The Russian figure skater has just finished practice with his partner Alexandra Stepanova at a training base on the outskirts of Moscow. During the week, they spend up to four hours on the ice every day and have additional training in disciplines like acrobatics and ballroom dancing.

Until just a few weeks ago the goal of their work was crystal clear: They were going to be competing in the ice dance events at the Olympic Games. They had just won a bronze medal at the European championships and two bronze medals at the Grand Prix series last year.

But on January 19, the International Olympic Committee didn't include Bukin in the list of Russian athletes invited to compete. Along with dozens of other athletes, Bukin appealed the decision at the Court of Arbitration for Sports. But all 47 appeals were rejected.

After what they describe as the back-and-forth of the past few weeks, Bukin and Stepanova have become resigned to the Olympic Committee's decision. But they are also confused.

"We still haven't understood what is happening here because the Olympic Committee hasn't told us the reason why we aren't going," Bukin explains. "It seems that they suspect us of something. But they haven't said what."

Read more: Opinion: Russians have right to be jubilant after IOC and WADA farce

Alexandra says  that it currently feels like a "birthday party that you weren't invited to. But these are the Olympic Games!"

'An amalgamation of reasons' 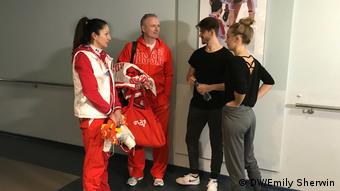 The IOC statement on how they had chosen the Russians who could compete says that over "80 percent of the athletes in this pool did not compete at the Olympic Winter Games in Sochi 2014"  — a reference to Olympics, in which Russia apparently cheated using an elaborate, state-sponspored doping scheme. "This shows that this is a new generation of Russian athletes," the IOC said.

Ivan would have fit the bill of "a new generation": The 24-year-old and his 22-year-old partner on the ice were not at the Sochi Olympics and would have been taking part in the Games for the first time. They say they have been working towards these Olympics for eight years. They have been dancing together since they were children.

Bukin's trainer Irina Zhuk explains that the IOC cited an "amalgamation of reasons" for not inviting Ivan, but didn't specify what those reasons were. The IOC has published the criteria they used to select the athletes for the Games. They included the athletes' previous anti-doping history. But Ivan and his trainers insist he has never doped and there are no irregularities in his records.

War, sanctions and the Olympics 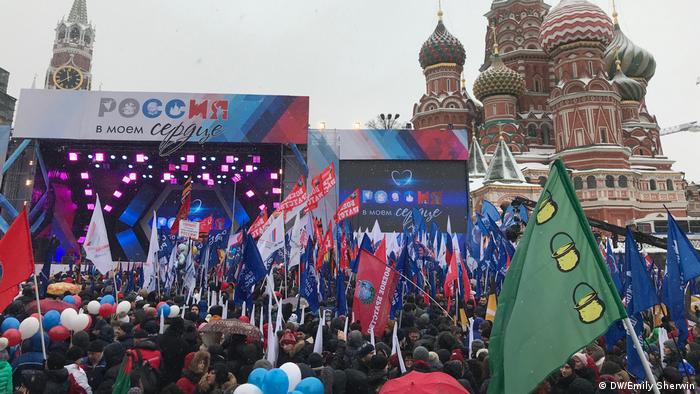 At patriotic events like this concert in Moscow, the Olympics are seen as part of an anti-Russian campaign

In Russia, the fate of the country's in the Olympic Games has long been seen as a political issue. After all, Russia has always denied that there was a state-sponsored doping program at work in Sochi. Just this month, Sports Minister Pavel Kolobkov said that the conclusions of the McLaren report, the basis of the doping scandal, were "unfounded." And the evidence and psychological fitness of whistleblower Grigory Rodchenkov have repeatedly been called into question in Russia. At the end of January, President Vladimir Putin even called Rodchenkov an "imbecile."

In an interview with DW earlier this month, Duma deputy and former Olympic speed skater Svetlana Zhurova explained that "there is a certain amount of prejudice" against Russia and pointed to the conflicts in Syria and Ukraine. "The whole thing has just snowballed – I don't think the athletes like it, I don't think the fans like it – and I think they are just waiting for all it to be over."

At a recent concert in Moscow called "Russia is in my heart," the treatment of Russian athletes by the Olympic community was also presented as part of an anti-Russian campaign. The event was officially held to remember the anniversary of the battle of Stalingrad. But the event not only mentioned the victory against Nazi Germany, it also trumpeted the success of the Russian economy despite Western sanctions — and the greatness of Russia as a sporting nation despite the exclusion of many athletes from the Olympics. To applause from the audience, biathlon star Anton Shipulin, himself barred from Pyeongchang, exclaimed: "All [Russia's] strongest athletes weren't invited to the Olympics. This is unprecedented."

'A mental state of war' 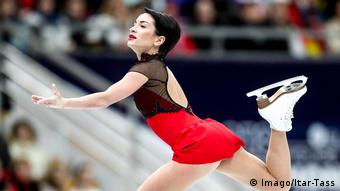 Only two figure skaters were barred from the Olympics, Ksenia Stolbova and Ivan Bukin

Dmitry Navosha, who heads the sports sites sports.ru and tribuna.com, argues that such a politicization of the doping scandal isn't helpful. "Thanks to the Russian media, society is in a mental state of war with the West. And doping isn't seen as a problem that has to do with sports, as a violation that needs to be dealt with. It is seen as a new stage of a new cold war. And that is bad because it doesn't allow for a reasonable discussion of the problem."

If the government had dealt with doping accusations after the Olympics in Sochi, instead of pointing towards an "external enemy," the IOC would not have had to consider all Russian athletes "guilty until proven innocent," Navosha argues.

As it stands, he thinks doping is still a serious problem in the country, particularly in terms of attitudes towards it. "Doping is not a taboo [in Russia], it's a tactical battle maneuver," says the sports expert. "People don't stick to rules. In Russia, rules are a way you can show cunning, a way to find a shorter path to your goal than the rules allow." 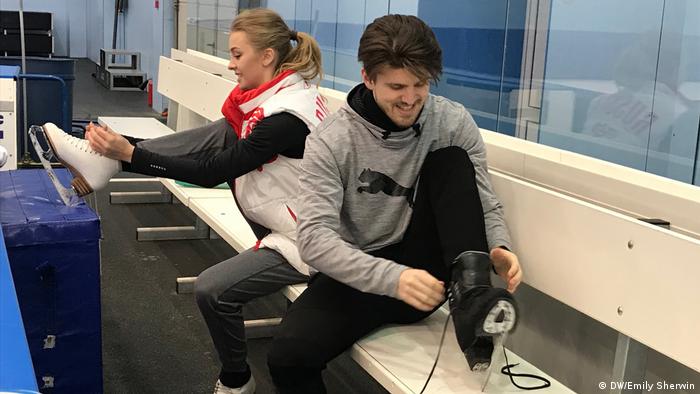 But Ivan and Alexandra say they have never even thought about doping. After they change out of their skates, Ivan insists: "I wouldn't even know how it could help us get better." He points out that in ice skating, it is coordination and elegance that are important – while strength and speed is what doping is used for. "I can't speak for anyone else. But I can vouch for myself and say that I am clean and that I have never taken anything in my life," Ivan adds.

Both athletes are disappointed that they aren't competing in this year's Olympics. "We weren't thinking of medals, we just wanted to give a worthy performance," Alexandra says.

But they certainly haven't given up on their Olympic dream. They say will be cheering their fellow Russian athletes in Pyeongchang, and working towards their next competition, the World Figure Skating Championships in March. But the pair are relieved that this won't be their only chance at Olympic gold. "We are still so young," says Alexandra. "We have to keep working and doing honest work — then everything will work out."