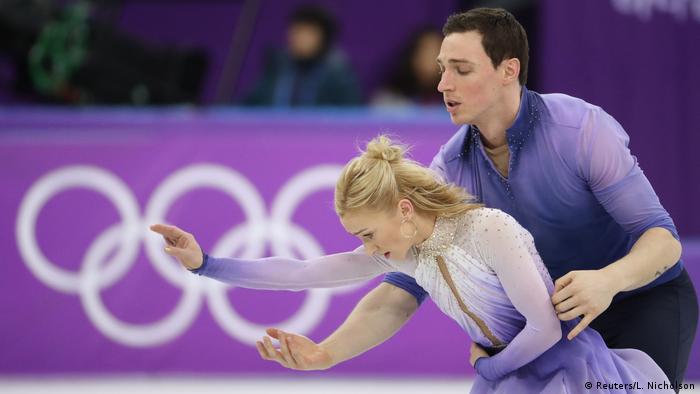 Tears flowed on the ice as Germany's Aljona Savchenko and Bruno Massot finished their pairs free skate routine on Thursday. They had just broken their own world record in the free skate after pulling off a flawless performance and scoring a massive 159.31 points.

The routine gave them a total of 235.90, catapulting them from fourth to first place. The German pair collapsed and cried on the ice after the performance.

An anxious wait followed with three more pairs still to skate and the pair broke into tears once again when their gold medal was confirmed. China's Sui Wenjing and Han Cong finished in second, agonisingly missing out by less than half a point after Sui took a tumble.

"I believed from the beginning to the end that this story would be a dream come true," Savchenko said.

"I was positive after yesterday. I said to Bruno, we will write history today. And then everything happened as I had imagined it and it came true."

The win marks Germany's first gold medal in the pairs since Ria Baran and Paul Falk in 1952. It was also Germany's eighth gold after just six days at Pyeongchang, equaling the total number it picked up during the entirety of the Winter Games in Sochi four years ago.