A man has reportedly been arrested in Turkey for posts he shared on Facebook. A series of arrests of German citizens in recent years has strained relations between the two countries. 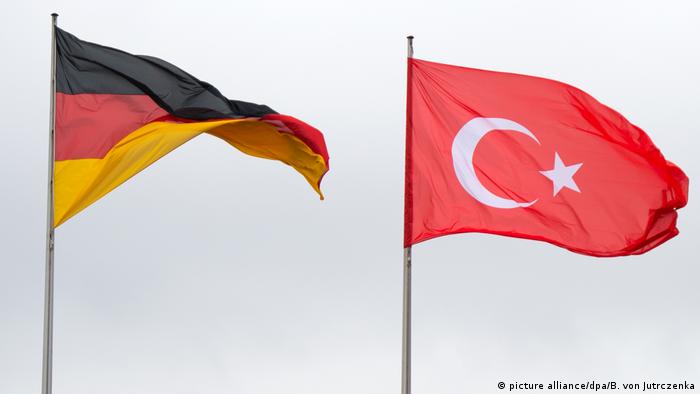 Another German citizen was arrested in Turkey on charges of spreading propaganda, several news outlets reported on Tuesday.

According to reports from German public broadcasters NDR, WDR and newspaper Süddeutsche Zeitung, 36-year-old Osman B. from Hesse was arrested nine days ago while trying to enter the country.

He faces several years in prison on charges of spreading "terror propaganda" through his Facebook page.

The Federal Foreign Office confirmed the case and said the embassy in Ankara and the consulate in Antalya were involved.

The man was reportedly flying to the western Turkish seaside resort of Antalya on July 28 for a family holiday and was arrested at the airport.

The man was born in Turkey in 1983 and has been a German citizen since 2011, according to reports. He reportedly dropped his Turkish citizenship in 2012. He is being held as a flight risk.

According to news outlets, he admitted at a court hearing to sharing posts on Facebook several years ago, which he now regrets. He reportedly denied running a second Facebook profile, on which pictures of Abdullah Öcalan, the founder of the banned Kurdistan Workers' Party (PKK), can be seen.

The man's lawyer told reporters that the accusations against his client must be seen in the context of statements made by the Turkish Interior Minister, Süleyman Soylu. During an election campaign in March he said that anyone who took part in rallies by "terrorist organizations," in Germany or other European countries and then went on holiday to Turkey would be arrested on entering the country.

In its travel and security information on Turkey, the Federal Foreign Office explicitly warns against sharing critical articles online, saying arrests and prosecutions of German citizens were often carried out in connection with social media posts that are critical of the government. Even liking a post is sufficient in some cases.

Thousands of inmates in Turkish prisons and politicians have ended their hunger strike, after a call from jailed Kurdish rebel leader Abdullah Öcalan. They had been protesting his jail conditions. (26.05.2019)