Turkey holds an unenviable record: The world's worst jailer of journalists after a crackdown following the failed 2016 coup. However, intimidation, self-censorship and outright censorship is a perennial problem. 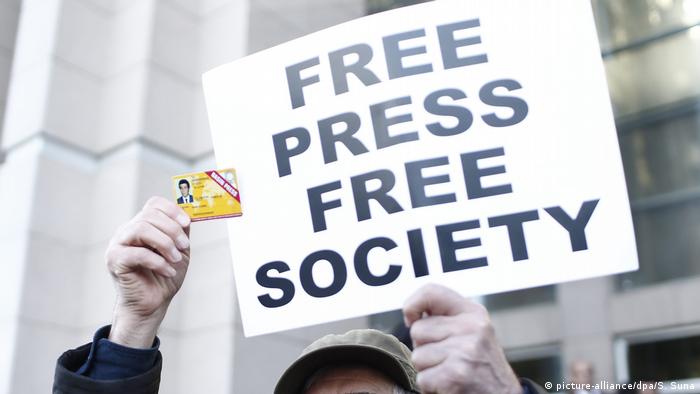 My first assignment to Turkey in 1993 came a month after the assassination of the country's most well-known journalist, who was killed in a car bombing. Ugur Mumcu's funeral drew mourners in the hundreds of thousands, yet to this day, it is euphemistically referred to as an "unknown killing."

"Unknown killing" was a phrase used throughout the 1990s in reference to the murders of hundreds of media workers, human rights activists and politicians linked to the pro-Kurdish movement. According to human rights groups, most of these killings were committed by elements of the Turkish state in its dirty war against an insurgency by the Kurdish PKK group.

During the 1990s, Turkey ranked as the second most dangerous place to report from, just behind the Bosnian civil war. In Istanbul in 1994, the central office and printing house of the pro-Kurdish newspaper Ozgur Ulke were bombed with military-grade explosives. One person died in the attack and two dozen were injured. Casualties were thankfully minimized as a result of its occurrence in the early morning hours. In subsequent years, the paper lost over a dozen reporters and employees.

It was not only pro-Kurdish writers who were targeted. In a particularly egregious case of violence, photojournalist Metin Goktepe was caught up in a roundup of protesters and beaten to death by police in 1996. Five officers were convicted and sentenced to seven years for the killing but were released as part of an amnesty program just 18 months later.

At one of the numerous impromptu protest marches led by reporters after the death of a colleague in these dark days, one tearful Turkish journalist turned to me and said: "I am so tired of these marches for dead journalists. When is it going to end?"

Dawn of a new day

The new millennium saw a unique conjecture of events. A ceasefire was announced by the PKK following the arrest of its leader, Abdullah Ocalan. Turkey rejuvenated its bid to join the European Union and then the election of Recep Tayyip Erdogan's AKP party promised a new era of freedoms.

Taboos on reporting on Kurdish rights, Armenians and other age-old restrictions ended. For a few exciting years, media blossomed and was boosted – much like the rest of the world – by the rise of the internet, which offered new outlets for expression.

Today those days seem like a foreign country. Turkey has replaced the title of one of the world's most dangerous places to report with the mantle of "world's worst jailer of journalists." 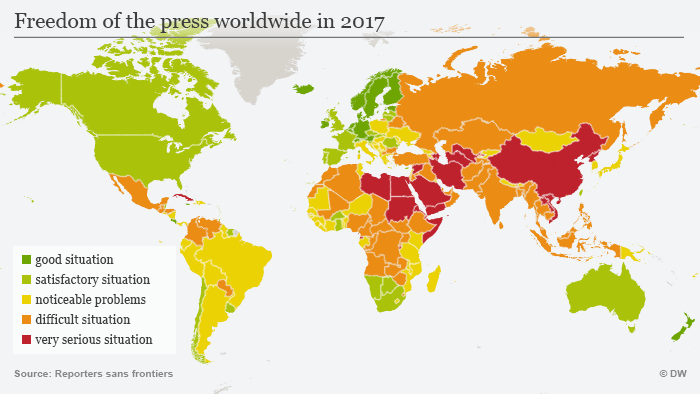 According to the media oversight organization Reporters Without Borders, more than 100 reporters are sitting behind bars. The government argues that no one is above the law and the jailing is for terrorism offenses, rather than media activities. However, given the notoriously loose wording of Turkey’s anti-terror legislation, merely reporting on a terror event can result in prosecution and imprisonment. Even worse, most writers end up in jail without being charged. Under Turkish law, you can be held for up to five years without charge.

Every month trials are being held mainly at Istanbul’s Palace of Justice, Europe’s largest courthouse for reporters. A conveyor belt of hearings continues as the procedures serve as a warning to other writers. The specter of self-censorship has returned with a vengeance. A writer who was recently freed and wishes to remain anonymous said that "in Turkey there were always taboo subjects that you couldn't write about. Once it was the Armenians. Today it's Erdogan and his family."

Allegations of corruption dog the president, who dismisses them as conspiracies to unseat him from power. In today’s Turkey, few dare to write on the subject. German journalist Deniz Yücel chose to report about the alleged corruption of Erdogan's son-in-law Berat Albayrak and ended up in jail for over a year.

For reporters in Turkey, the space for critical reporting is too fast diminishing. The latest journalist crackdown coincides with the unprecedented centralization of ownership of the media by supporters of the president.

Cumhuriyet now the only mainstream newspaper remaining that is broadly critical. Even here a controversial court ruling ousted the paper’s more openly critical executive board. Many allege that the president was behind the move, given his influence over the judiciary. Hundreds of judges and prosecutors have been arrested or fired since the 2016 failed coup. Cumhuriyet's former editor, Can Dündar, fled Turkey and is living in exile in Germany. 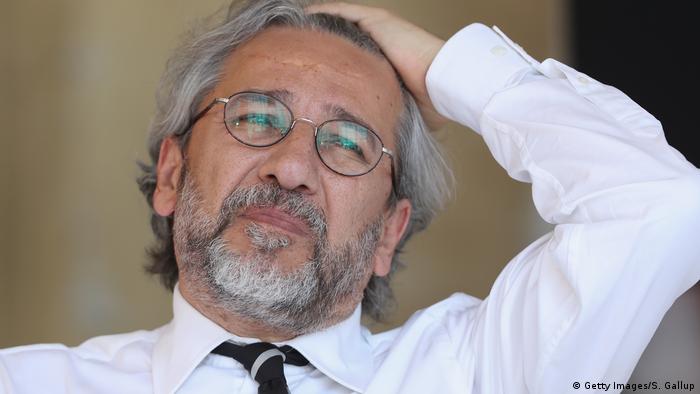 Can Dündar, former editor-in-chief of Cumhuriyet, lives in exile in Germany

The most significant change in Cumhuriyet’s editorial policy is an openly hostile approach to Turkey’s pro-Kurdish movement. Few voices in the media remain sympathetic to the Kurdish rights campaign.

Pro-Kurdish papers are now merely seized by the courts under sweeping powers introduced after the failed coup. The crackdown coincides with a broader attack on Kurdish civic society. Selahattin Demirtas, the charismatic former leader of the pro-Kurdish HDP Party, Turkey’s third-largest parliamentary party, has been languishing in jail for more than a year.

The spate of takeovers of the media by pro-government supporters has resulted in consolidation and the inevitable sackings of journalists. Unemployment among reporters is now at a record high. While some have quit the profession, others continue to publish on web pages and social media.

"Yes, things are really difficult," said one Kurdish video journalist, speaking on condition of anonymity. "It's important to remember that we've seen and been through worse and continued to work. Remember the sacrifices of our colleagues in the 90s."

However, given Turkey’s draconian laws controlling the internet, the risk of arrest remains real, as does the threat of closure and being blocked. Turkey, along with China and Iran, remains among the counties that hold the world record for blocking websites.

Seven months ago, Turkish-German citizen of Cologne Adil Demirci went on vacation to Turkey. Before he could return he was arrested on terror charges. His trial is set to start. (20.11.2018)

Another one among many: The young Turkish photo journalist Cagdas Erdogan has been arrested by the country's authorities. His photos document Turkey's outsiders. (14.09.2017)