Ankara aims to defuse tensions with European allies | Europe| News and current affairs from around the continent | DW | 04.09.2018

As Turkey seeks to mend ties with its allies in Europe, German Foreign Minister Heiko Maas is making his first visit to the country. Ankara will likely use his visit as a chance to score points with Berlin. 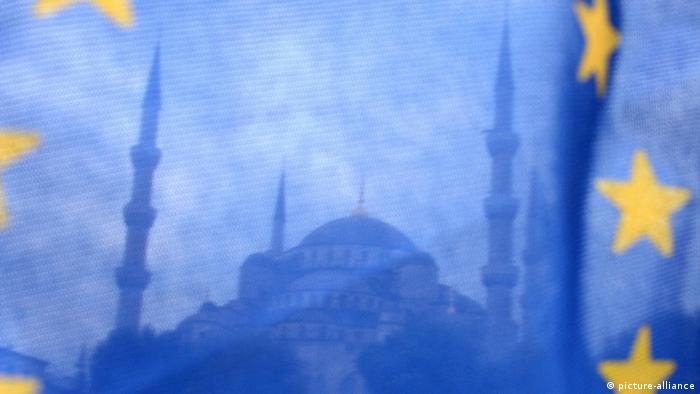 Under the leadership of President Recep Tayyip Erdogan, Turkey's relations with Germany have, in recent years, gone from bad to worse.

In March 2017, Erdogan personally attacked Chancellor Angela Merkel, accusing her of using "Nazi measures" after Berlin prevented Turkish ministers from holding campaign rallies in Germany. Later that year, German parliamentarians were refused access to troops stationed at the Incirlik airbase in southern Turkey, prompting the withdrawal of the Bundeswehr from the base. In addition, there have been numerous cases of German citizens being imprisoned in the country in recent years. 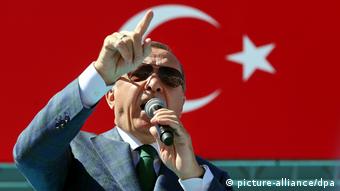 After harsh words for Germany and Merkel in recent years, Erdogan will make a state visit to Berlin on later this month

But now, Turkey wants to leave this in the past and is seeking to repair relations with Germany and the European Union – a desire that has coincided with Ankara's ongoing spat with the United States and the downfall of the Turkish economy.

The visit of German Foreign Minister Heiko Maas comes at a time when Turkey desperately needs reliable allies. But this will require political action from Erdogan. Maas' mission is to lay the groundwork ahead of Erdogan's state visit to Germany at the end of the month.

"It's in Germany's strategic interest to have constructive relations with Turkey," Maas said Wednesday before departing for Turkey.

Maas' first goal is to secure the release of seven German citizens, who have been jailed for political reasons since an attempted coup in 2016. Three of the detained have dual citizenship with Turkey.

Roy Karadag, a Turkey expert and director of the Institute for Intercultural and International Studies at the University of Bremen, expects the prisoners will be released soon. "I believe the German prisoners, or to be precise the hostages, will be set free in return for economic, financial and political support," he said.

But Turkey will have to make substantial reforms if it wants to secure financial assistance from Germany and other European countries. And it will have to work to reassure foreign investors that Turkey is a safe place for them to operate, said Jürgen Hardt, foreign policy spokesman for Germany's conservative Christian Democrats and Christian Social Union (CDU/CSU).

"Many potential investors are German-Turks or Turks living in European countries. There must be guarantees for their investments and personal safety," he said. "No one traveling to Turkey should have to fear getting arrested just because they said something wrong from Ankara's perspective."

'Thousands of people are in prison'

Nils Schmid, the foreign policy spokesman for the center-left Social Democrats (SPD), is concerned about the many human rights violations in Turkey. "Thousands of people are in prison," he said, singling out Turkish entrepreneur and human rights activist Osman Kavala, whom Schmid called "an immensely important partner when it comes to cultural exchange between Turkey and Germany."

Schmid conceded Ankara's right to hold terrorists to account, but argued Turkey can't simply "cast a net of terrorism suspicions over the entire civilian population." Turkish authorities regularly accuse imprisoned politicians and journalists of terrorism, he said. "That does not correspond to the European standards we expect from Turkey."

Skeptical about the visit, Stefan Liebich of the socialist Left Party has warned against making too many hasty compromises with Turkey. Ankara must do much more than release a few Germans from prison, he said.

Why is Turkey's economy in trouble?

Why is Turkey's economy in trouble?

New refugee wave in the making

Also on the agenda during Maas' visit will be the future of conflict in Syria. As the Syrian government gets ready to launch an offensive against the last major rebel stronghold in Idlib province, the United Nations is warning of a new humanitarian crisis. Turkey, which already hosts nearly 3.5 million Syrian refugees, could see another wave of refugees come its way.

Germany's goal is to prevent further military escalation in the region, while attempting to focus on a post-war system for Syria. According to Bijan Djir-Sarai of the business-friendly FDP, the aim is to have a political framework that would allow Syrian refugees to go back to their home country.

"This is important. However, one should not forget that Turkey is an important actor in the refugee issue and we will need Turkey's support," he said.

One thing is certain, as far as Roy Karadag is concerned: "It is in Germany's interest to prevent even more refugees from coming to Europe."

"Diplomacy means having to talk to people we normally wouldn't. That's why Maas' visit is important," said Armin Paul Hampel, a senior politician with the far-right Alternative for Germany (AfD). He added that if Turkey is serious about reviving relations with Europe, it will have to rethink its ties to Russia.

"Mr. Erdogan has been isolating himself, and turning more strongly toward Russia. This, in turn, is blocking his path to Western Europe. This cannot be in Turkey's interest," he said.

Opinion: Germany should help Turkey stay tied to the West

Germany is worried about Turkey’s economic stability but not enough to offer financial aid. Yet German support could be just the tool to keep Recep Tayyip Erdogan from turning his back on the EU, writes DW’s Seda Serdar. (20.08.2018)

Police in Istanbul have again intervened in a rally by a group seeking justice for relatives who disappeared in the 1980s and 1990s. Critics see the police action as another sign of Turkey's slide into authoritarianism. (01.09.2018)