Sigmar Gabriel has said that Chancellor Merkel is partially to blame for the rise of the far-right AfD party. Germany's foreign minister has said Merkel failed to take care of those who feel forgotten by the government. 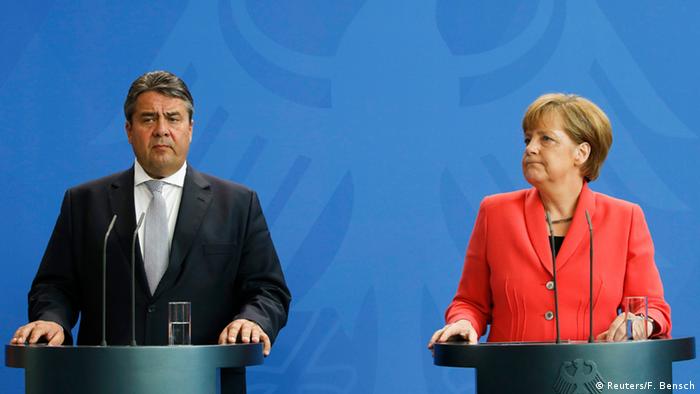 Gabriel, a Social Democratic Party (SPD) politician who until recently held the post of economy minister, said that during the refugee crisis he had encouraged Merkel's conservative alliance (CDU/CSU) to take care of German residents in the country through social welfare programs.

Read more: German election — What do the terms 'right' and 'left' mean, if both CDU and SPD are in the center?

"It was tremendously difficult to explain to Angela Merkel and the CDU/CSU that we also need to take care of those who otherwise feel that we forgot about them," Gabriel said.

After his predecessor Frank-Walter Steinmeier took on the role of German president, Gabriel became the country's new foreign minister. In this position, Gabriel said proposals to triple social housing and guarantee a minimum pension were dismissed as "pitiful" by Finance Minister Wolfgang Schäuble.

'Nazis will speak in parliament'

Furthermore, Gabriel said his calls for "double integration" were ignored. The SPD plan aimed to integrate refugees who had recently arrived in Germany and to continue strengthening social welfare programs at home by limiting housing price rises and hiring more teachers and police officers.

Gabriel said the Bundestag's final parliament session last week was a sad and reflective event for him because "it was probably the last session of our parliament without a radical right-wing member of parliament."

"If the AfD actually makes it into the Bundestag, Nazis will speak in Reichstag [the building that houses the Bundestag] for the first time in over 70 years," Gabriel told Der Spiegel.

The AfD is currently polling between eight percent and 11 percent — putting it well above the five percent threshold needed to gain parliamentary representation after Germany's September 24 election.