In recent months, archaeologists in Egypt have made spectacular discoveries. And there is much more yet to unearth, but urban sprawl and construction threaten cultural heritage, says German Egyptologist Dietrich Raue. 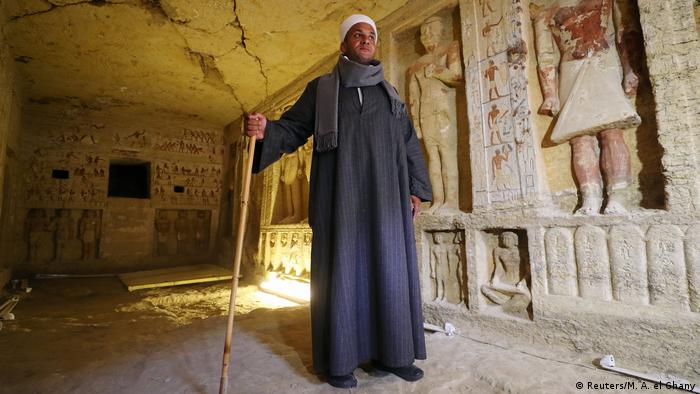 At the beginning of December, archaeologists presented their discovery of an extremely well-preserved tomb at Saqqara near Cairo. It belonged to a high priest called Wahtye, and is more than 4,000 years old. Gilded mummy masks were found in July, also at Saqqara. A necropolis with dozens of stone sarcophagi and artistic treasures was discovered in the spring near the Nile Valley city of Minya. And in November an Egyptian-German research team unearthed some fascinating limestone blocks with very old inscriptions in the ancient city of Heliopolis, now an impoverished suburb of Cairo. Some of these finds can be dated to the 12th and 20th dynasties of the Ancient Egyptians, making them around 4,000 years old.

DW: Dr. Raue, people tend to assume that, in Egypt, everything important has already been discovered, particularly in the vicinity of the Pyramids or in the Valley of the Kings. How is it possible that spectacular finds are still being made?

Dietrich Raue: By no means has everything been discovered and excavated around the Pyramids and in the Valley of the Kings. The same is true of the great cemeteries like the one in Saqqara. For more than 3,000 years, it was the main cemetery of the Egyptian capital, Memphis. More than 50,000 people lived in Memphis, probably even more at times. If you look at old maps from the 19th century, you can see that there are lots of places where there’s still something to be excavated; people just haven’t got around to it until now.

Read more: The secrets of the Luxor mummies revealed 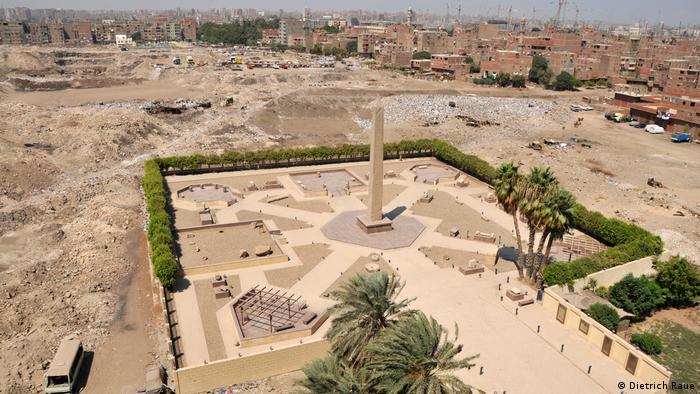 The ruins of Heliopolis abut the modern sprawl of Cairo

Together with Dr. Aiman Ashmawy of Egypt’s Ministry of Antiquities, you’ve led an Egyptian-German team of researchers that has also made interesting discoveries in ancient Heliopolis. What made you focus on Heliopolis?

In terms of surface area, the temple at Heliopolis was the largest in Egypt. The problem is that it’s in the middle of the city. When the Napoleonic expedition took measurements there in the early 19th century, the temple complex was still a long way outside the city. Today, it’s right in the center.

The population of Egypt is increasing by well over a million people each year. Consequently, there’s a huge need for construction land and infrastructure projects. Of course, this also endangers the ancient sites, so we’re conducting the relevant rescue excavations at the Temple of Heliopolis.

It’s a race against time, and we’re grateful that we have the active support of the Egyptian Ministry of Antiquities. Our international research team consists of Egyptian archaeologists and conservators, students and members of staff from the University of Leipzig. Our geophysicist comes from Poland, the geomorphologist from Belgium, the draftsperson from Holland; the archeobotanist comes from Egypt; one of the archeozoologists is from Pakistan. Professor Kai-Christian Bruhn from Mainz’s University of Applied Sciences is providing us with the necessary technology so we can document the finds as thoroughly as possible, even when we’re under tremendous time pressure.

What discoveries was the team able to make as a consequence of the finds?

The temple of Heliopolis was the monumental expression of the Egyptian rulers' concept of leadership. This was the 'Mound of Creation.' In order to assert his claim, the ruler of Egypt had to have a presence at this site of the Creation — in buildings, obelisks, temples, encircling walls and infrastructure.

This is not new; we knew all this before. It’s just that no systematic excavations were ever undertaken there, because the stone temples lie up to three meters below what is now the surface, and up to three meters below the groundwater. This site is now endangered by the density of building in Cairo, so we and our Egyptian colleagues are doing whatever we can in order to salvage as much as possible. Until now, all we knew was that this place existed; we don’t know what it looked like. 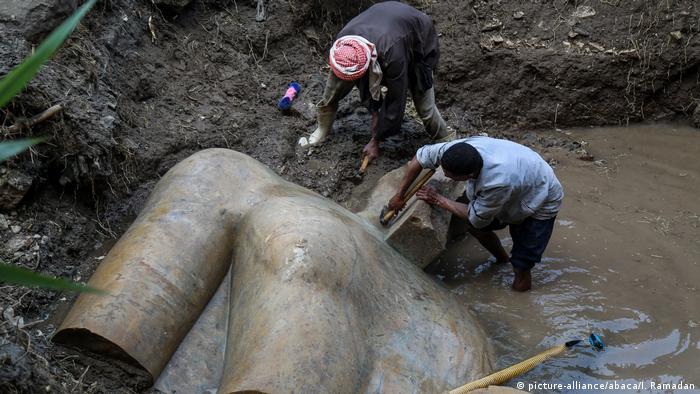 This colossal ancient statue was uncovered only in 2017 at Heliopolis

Why was Heliopolis destroyed, even though it was such an important place?

Every ruler wanted to have a presence at the Mound of Creation, so there was a huge complex there, which simply had the misfortune of being too close to the urban area. The site was close to the big construction projects, so what we mostly find in our excavations is basalt, granite, quartzite. Most of the limestone was taken away and immediately reused to build the Fatimid fortification wall in the 11th century.

What was special about this excavation was that we found lime kilns in an area where limestone blocks were brought for processing. These blocks were lying there in the fourth century BCE, ready to be processed. But they weren’t, so we were able to uncover these blocks with the remarkable inscriptions.

Might these spectacular finds give a boost to the tourism sector, which is so important for Egypt? 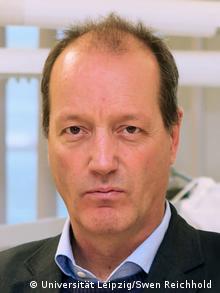 Yes, I think so! I’m already noticing that in daily life. Five or six years ago, if you said you were going to Egypt, everyone looked at you a bit strangely and asked if it weren’t dangerous. If you say it today, people respond appreciatively. It seems that a lot of people are considering going to Egypt as well at some point, because of these fascinating discoveries.

Many of the archaeological digs in Egypt were negatively affected in the past by the mass tourism, though. Will these new sites soon be opened up to the interested public nonetheless?

It always depends on what it is. Some sites are just too small for big groups to be taken in. But for some of the tombs that have been discovered and excavated this past year, it’s definitely conceivable. The tombs are not opened up to tourism immediately after they’re discovered. Preparatory measures are taken first; precise time management, for example, to make sure the graves aren’t damaged by tourism. They may well be opened up to visitors in future, though. If I compare what I was able to see on my first visit to Egypt in 1977 — in Luxor, for example — there are far more sight-seeing opportunities now than there were then. And that, of course, is also always a good reason to go back to Egypt.

Dr. Dietrich Raue is Curator of the Egyptian Museum of the University of Leipzig.

Two unopened coffins, one containing a well-preserved mummy of a woman, have been unveiled in Luxor. Several statues, paintings and figurines were also discovered. (24.11.2018)

Egyptian officials said five "well-painted, well-decorated" tombs were found at the foot of the Djoser Pyramid near Cairo, complete with small statues and pottery.

A cache of hundreds of ancient Egyptian coffins and bronze statuettes have gone on display in Egypt. The discoveries were made in the Saqqara archaeological site south of Cairo.