Amnesty International has criticized the German government for lacking a clear policy to combat racism at its annual meeting in Dresden. The rights group is currently documenting racially motivated attacks in Germany. 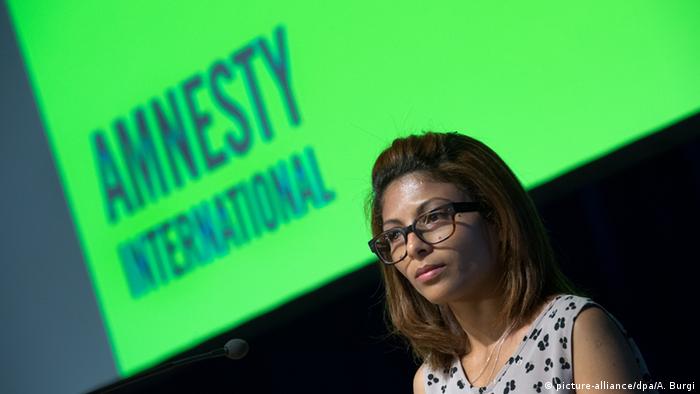 Some 500 Amnesty International (AI) members are currently in Dresden to discuss the issue of racism in Germany.

The rights group's German section demanded Saturday that the German government develop a strategy to deal with growing racism in the country.

According to AI Germany's general secretary, Selmin Caliskan, racism was not the same phenomenon as right-wing extremism and must be analyzed as a problem for the whole society.

A team of AI's researchers from the organization's London headquarters is in Germany to document racist attacks and human rights violations by government officials, Caliskan told the DPA news agency. The findings will not be published until 2016, she added.

"In relation to rights breaches by police, it is very difficult to find people who are willing to talk about it," said Caliskan.

Racism and the far-right

The AI official said the organization's hate crime report would also investigate the scandal surrounding the far-right National Socialist Underground (NSU) group's attacks on immigrants, mostly on Turks. The extremist group had killed nine immigrants between 2000 and 2006. AI will also look into the surge in the number of attacks on refugee hostels in Germany.

Caliskan said that racism could be combated through intercultural institutions that can educate people, particularly the police.

"Discriminatory police checks are still the order of the day and must be abolished," urged Caliskan.

When asked about why the organization chose Dresden as its conference venue, she said the location carried significance because it had been the center of the PEGIDA group's anti-Islam demonstrations.

AI's conference, which is not open to public, will also discuss the topic of human rights in the digital age.

Ensaf Haidar (pictured above), the wife of imprisoned Saudi blogger Raif Badawi, will also speak at the conference.

Amnesty International has over 130,000 members and supporters in Germany.