Presidents and representatives from the Amazon region have agreed to coordinate rainforest preservation measures as wildfires continue to ravage the Amazon rainforest. 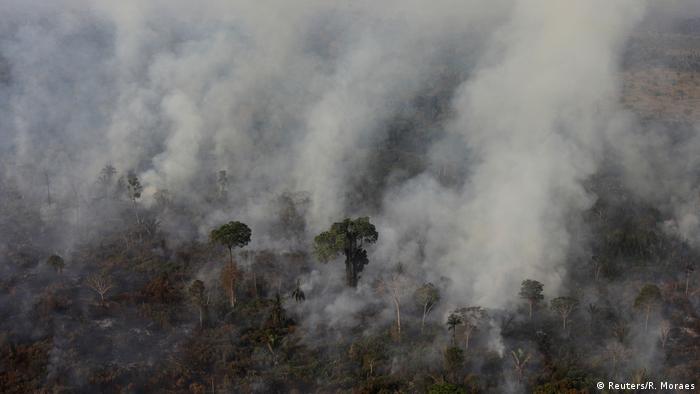 Presidents and representatives from seven countries in South America's Amazon region met in Colombia on Friday to discuss a joint strategy for preserving the world's largest rainforest, which has been under threat from a record number of wildfires.

At the summit, the seven countries signed a pact to coordinate disaster response and satellite monitoring, along with creating an information network to enhance cooperation in the face of natural disasters like wildfires.

The pact will also increase cooperation on fighting causes of deforestation, including illegal mining and forest clearing for agriculture and drug trafficking.

Colombian President Ivan Duque said the Amazon countries were seeking backing from multilateral banks such as the Inter-American Development Bank.

The meeting in Leticia, the capital of Colombia's Amazon region, brought together delegates from Brazil, Colombia, Peru, Ecuador, Bolivia, Guyana and Suriname.

A notable absentee at the meeting was Jair Bolsonaro, the president of Brazil, where tens of thousands of forest fires have been recorded so far this year. Bolsonaro, who followed the summit via videoconference, did not attend because of upcoming surgery.

Bolsonaro had originally called for the meeting in response to international attempts at intervention, saying Latin American countries in the region should manage the situation themselves.

In his remarks during the meeting, Bolsonaro said the pact was an affirmation of each country's sovereignty.

Speaking by videoconference, Bolsonaro urged other leaders to resist calls to internationalize protection of the Amazon.

"We must take a strong position of defense of sovereignty so that each country can develop the best policy for the Amazon region, and not leave it in the hands of other countries," said Bolsonaro. 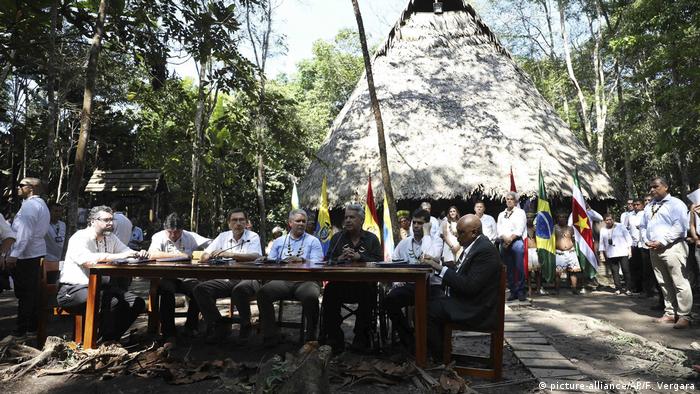 The meeting in Leticia, the capital of Colombia's Amazon region, brought together delegates from Brazil, Colombia, Peru, Ecuador, Bolivia, Guyana and Suriname.

The Brazilian leader, a climate-change skeptic, has come under international criticism over his environmental policies favoring agriculture and mining, which are thought to have encouraged farmers to start many fires to clear land for grazing and crops.

The fires in the Amazon region are of immense international concern, as the rainforest there has a decisive effect on both the regional and global climate while being one of the most biodiverse areas on Earth.

A government institute at loggerheads with Brazil's President Jair Bolsonaro has called the massive increase a "major setback." The right-wing administration's pro-agrobusiness policies are to blame, the agency claims. (07.08.2019)