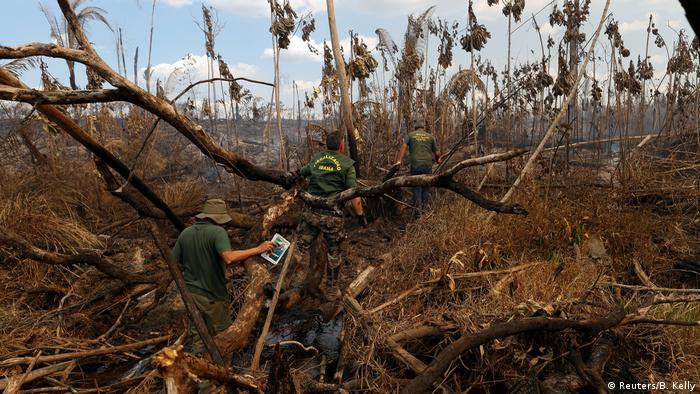 "We are living in the first stages of an apocalypse," declared an alliance of indigenous peoples in French daily Le Monde this month. The source of their dread, the rapid dismantling of land rights in the Amazon rainforest, has come to dominate environmental politics in Brazil since it voted in far-right president Jair Bolsonaro.

But by writing in a newspaper thousands of kilometers from the beleaguered rainforest, the 13 authors — who represent native peoples from Brazil to New Zealand — targeted an important and overlooked audience. France, like several Western countries, is home to firms whose supply chains are sullied by illegal logging in the Amazon.

In that time, Belgium, Dutch and Danish companies also received shipments of timber from Benevides Madeiras, the report goes on to say. A German company selling organic fruit drinks, Acai GmbH, is said to have imported 9 tons of fruit pulp in 2018 from another of Betzel's companies, Argus.

After publication of this article*, Benevides Madeiras disputed Amazon Watch's claims, having requested Brazil's environmental protection agency Ibama review the fine. On May 6, Ibama released a logging embargo on the area of rainforest it had fined the company for. The ruling does not state if the fine was revoked. Acai GmBH also denied complicity, adding that its one-off test import of acai pulps came from live trees and thus were not products the rainforest was logged for.

The businesses are among 27 European and North American companies whose supply chains Amazon Watch and its partner Profundo have connected to illegal logging, mainly through the import of products such as beef, leather, soy and timber. The research raises crucial questions about the responsibility of richer nations — and companies based in them — in stopping Brazilian deforestation.

"We cultivate the land to feed our people and not to feed animals on the other side of the world," wrote the representatives of the Alliance of Guardians of Mother Nature in Le Monde. 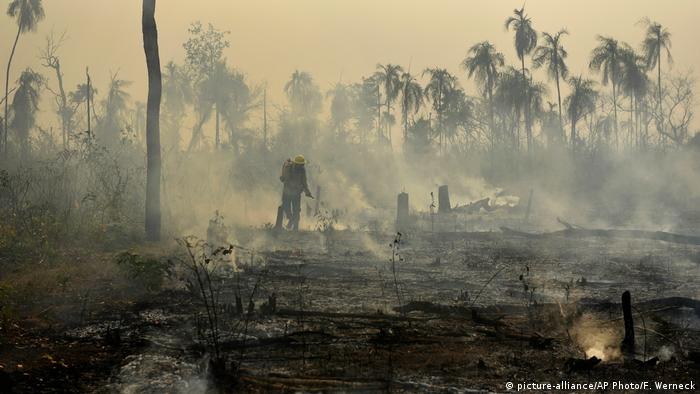 Brazil is home to nearly two-thirds of the Amazon 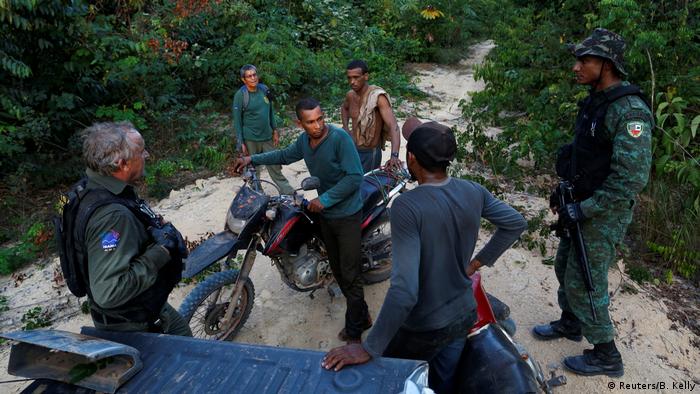 The size of the rainforest makes it hard to police

The crippling of the Amazon for crops and wood is part of a wave of trade-driven deforestation that has caused violent displacement, loss of biodiversity and huge emissions of greenhouse gases. Experts see Amazonian deforestation as a major barrier to achieving international climate change goals.

That makes it a cross-border issue — both in its causes and effects.

"Global traders, financial institutions and importing companies have a very important role to play," said Christian Poirier, a program director at Amazon Watch and author of the report. "Our findings show they are complicit in a growing destruction of the Brazilian Amazon and its forest communities and indigenous peoples."

The report, which tracked supply chain flows between 56 Brazilian companies complicit in illegal logging and the Western firms that trade with them, stopped short of alleging that individual shipments contained illegally-logged goods.

But it does show European and North American importers bought from suppliers whose subsidiaries or owners have recently been fined by Brazil's environmental enforcement agency for illegal logging.

In one prominent example, Brazil's biggest beef exporter, JBS, is alleged to have used its facilities to slaughter cattle from AgroSB, which in 2017 received the largest fines in the country for illegal deforestation. JBS's 20 largest Western owners — including Blackrock, the world's largest asset management company, and Capital Group — hold nearly $2 billion of shares in the company, the report said.

In another case, a subsidiary of Brazilian slaughterhouse Grupo Bihl was found to have exported leather to five Italian tanneries in 2017. That year, another of Grupo Bihl's companies, Agropecuária MALP, was fined 3.8 million Brazilian reals ($1 million) for illegal deforestation in 2017, the report said.

JBS said in a statement that it "does not acquire animals from farms involved with deforestation of native forests, invasion of indigenous lands or environmental conservation areas."

It said audits show that in the last three years more than 99.9 percent of JBS cattle purchases complied with the company’s social and environmental criteria.

All other companies named in this article either declined to comment or did not respond to a request for comment. 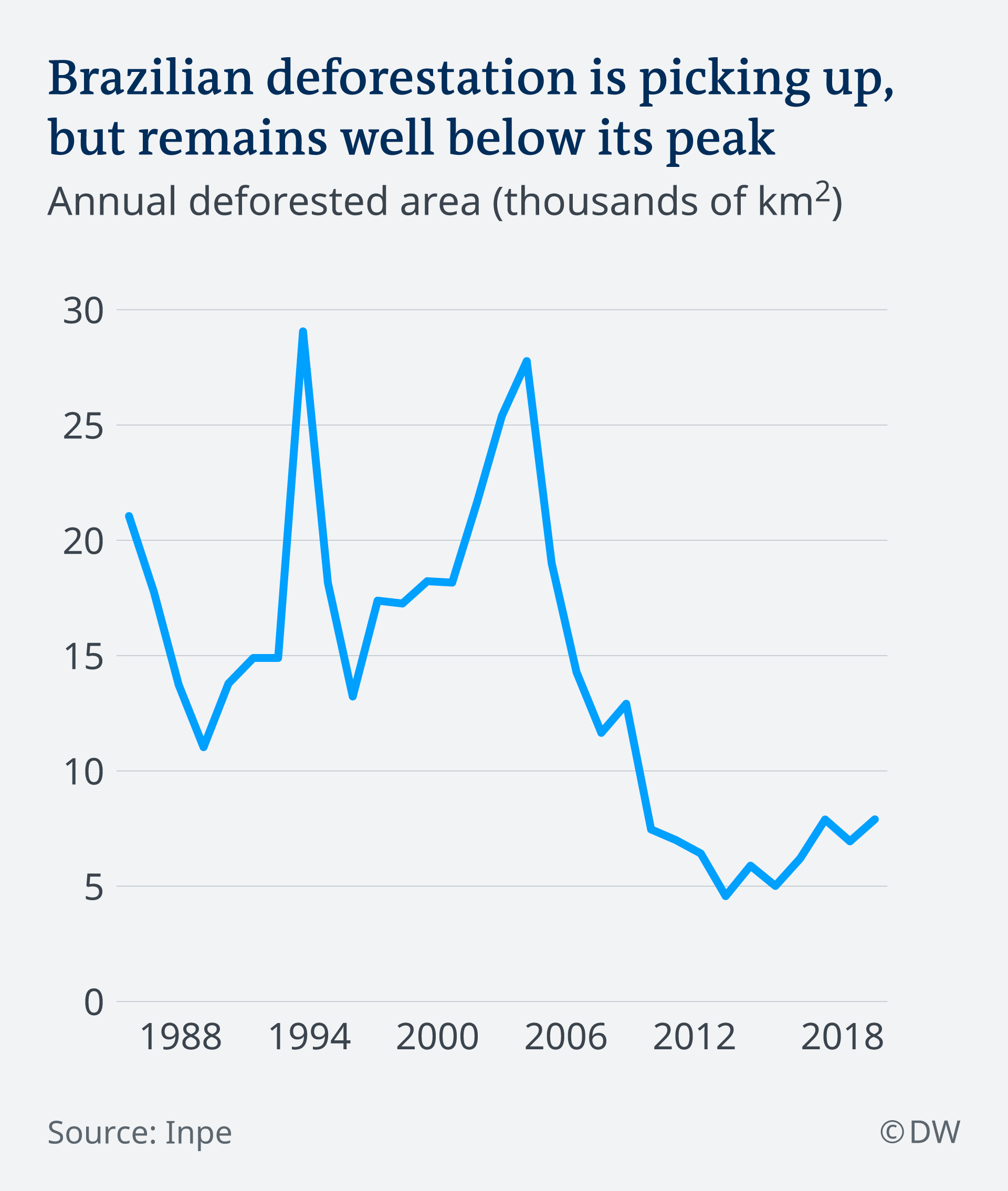 Environmentalists say the private sector has a powerful role to play in preventing the ongoing rollback of environmental rights in Brazil under its new president Jair Bolsonaro. Since taking office in January, the far-right former army captain has repeatedly called for the expansion of agribusiness into the Amazon, even at the expense of indigenous and environmental rights.

"This report... is an invitation to ask [those companies] to reform, and to act as checks on the worst actors in Brazil and ultimately the Bolsonaro regime," said Poirier. "This is not an attack but more of a message — they need to improve their supply chains and financial portfolios."

Decades of activism have pushed Brazilian deforestation rates down, but observers fear it is starting to creep back up. Last year Brazil saw its highest deforestation rates in a decade, according to government data, partly as a result of emboldened illegal loggers.

The Brazilian Environment Ministry did not respond to a request for comment. 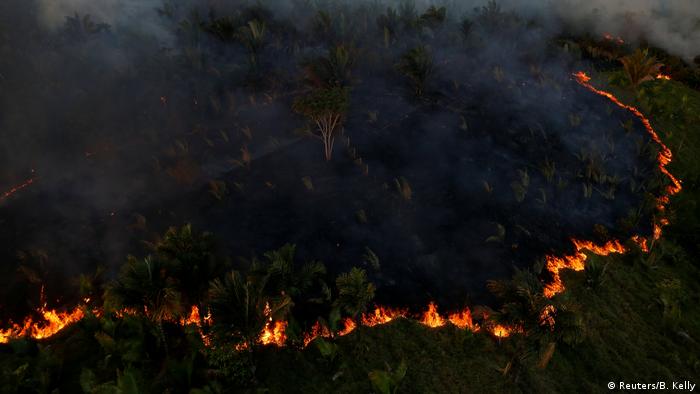 The presence of illegally-logged products in high streets shops — from luxury handbags to organic smoothies — raises ethical questions for Western consumers and governments, as well as businesses.

"Much of the forests being cleared are being illegally cleared," said David Kaimowitz, director of natural resources and climate change at the Ford Foundation. "From a policy perspective that's important because governments have the right to keep illegally produced products from entering their country."

Experts say the problem is made worse because consumers are often unaware of the effect their purchases may have on the Amazon rainforest.

"I think the typical consumer doesn't realize when they're buying beef or cookies that the ingredients in those products are major causes of deforestation," said Kaimowitz.

That holds true for goods that come from legally-logged farmland, too. Deforestation is the second-biggest source of greenhouse gas emissions.

Labelling products with their deforestation impact would allow shoppers to make informed choices, said Ruth Delzeit, head of environment and natural resources at the Kiel Institute for the World Economy (IFW)."If consumers know they can decide themselves."

*This article was updated on 16.05.2019 to include responses from Benevides Madeiras and Acai GmBH.

A DW column that accused Brazil of turning its landscape into "an inferno" has infuriated the country's environment minister. He said the description should instead be applied to Nazi Germany's mass murder of Jews. (07.03.2019)

World in Progress: Brazil's Bolsonaro vs. the Amazon