For 30 years, the Brazilian government has been monitoring the extent of logging in the world's largest rainforest. What began with huge photos on paper is now digital — and yet trees are still being felled. 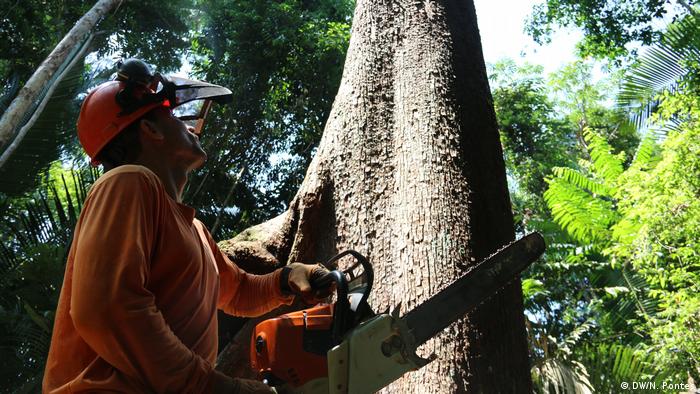 Driving from south to north in Brazil one can observe how the landscape is changing. Where the Amazon rainforest increasingly begins to shape the landscape is also where destruction begins. The landscape alternates between dense canopies and bare, stony soil.

What the loggers leave behind is well documented. One day later, it appears on the screens of the National Brazilian Institute for Spatial Research (Instituto Nacional de Pesquisas Espaciais, INPE), 2,000 kilometers further south, in Sao Jose dos Campos in the state of Sao Paulo. A whole team is in charge of documenting the deforestation.

For 30 years, INPE employees have been meticulously analyzing how much rainforest is being cleared and at which locations. "With our monitoring system, we have shown that 783,000 square kilometers (approx. 300,000 sq. miles) of Amazon rainforest have been cleared in Brazil. Of these, 436,000 have been cleared since the start of the annual survey in 1988," says project coordinator Claudio Almeida.

Presently the institute receives almost 2.2 million real (approx. €500,000, $569,000) per year from the Brazilian government. So far, President-elect Jair Bolsonaro has not questioned this financing, even though he made it clear during the election campaign that environmental protection is not part of his political agenda.  Last week, on Bolsonaro's initiative, Brazil withdrew its candidacy to host the 2019 World Climate Conference. He will only be sworn in in January, but he is already influencing politics considerably during the handover of government affairs.

The program for the systematic documentation of deforestation started in the late 1970s. Its original objective, however, was not to protect nature. Instead, the military regime actually wanted to make sure the rainforest was being cleared as planned. The regime offered state subsidies to replace the forest with farms, and the INPE's job was to determine whether the primeval forest was really giving way to pastures and fields.

"The state subsidies ensured that the rainforest disappeared bit by bit," says researcher Dalton de Morisson Valeriano, who was involved in setting up the monitoring system. It was not until years later that the scenario changed because "there was a lot of pressure on Brazil from abroad." 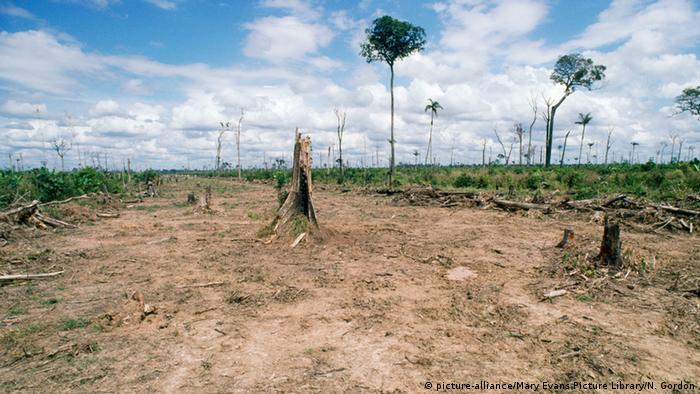 So far, an area the size of Germany, Italy, Austria and Switzerland has already been deforested in the Amazon

As a result, Brazil began to record deforestation rates annually in 1988. The satellite images were printed on paper and sent to the researchers: the entire enormous Amazon region was displayed on 229 photos, each a good square meter (approx. 10 sq feet) in size.

Researchers had to identify with the naked eye where parts of the forest were missing, circle the areas, and later calculate the size. It took three years until the 1988 report could be published.

"We had to cope with all these adversities and at the same time we needed to reduce international mistrust," says Thelma Krug, co-founder of the program and now vice president of the Intergovernmental Panel on Climate Change. "Today the program is internationally recognized.  No government in the world would dare to question our data."

Today, the program evaluates data from three satellites: One US, one Indian and one Brazilian-Chinese. The work was digitized in 2003. Technical progress has not only made the huge mountains of photographs superfluous: "At the beginning, surveillance teams drove down the streets trying to spot clearing areas," says Jair Schmitt of the Brazilian Ministry of the Environment.

Three decades later, the officials in the capital Brasilia can follow the deforestation almost in real time thanks to the INPE program. And they are being alerted at all times. "We observe the areas where something is developing and then send teams to prevent the forest from collapsing in these areas," explains Rene Luis de Oliveira of the Brazilian Institute for Environment and Renewable Natural Resources (IBAMA). 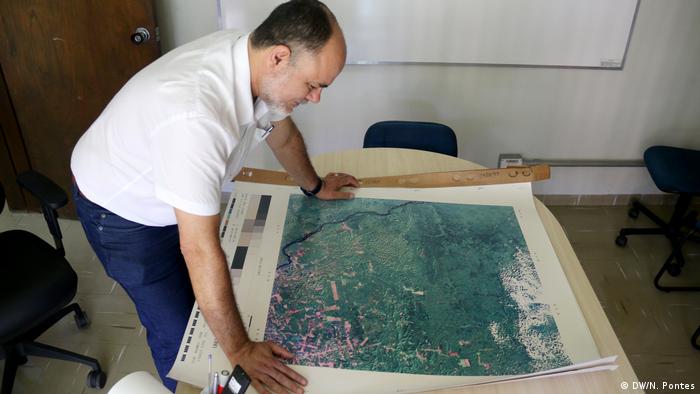 But the lumberjacks have also evolved with technology and changed their methods. Whereas they used to clear large areas in the past, today they tend to clear small areas that are more difficult for satellites to detect. "Deforestation has become more fragmented. In the beginning we worked in six particularly critical areas, today there are at least 13," says Oliveira. "We need more teams in order to be able to control it effectively."

At the political level, the program celebrated its first successes in 2004. That was the year the "Action Plan to Combat and Control Deforestation in the Amazon" (PPCDAm) came into force and, as a result, deforestation rates fell. "Looking back, we can say that we have reduced deforestation in the rainforest by 72 percent," says Jair Schmitt. "Systematic monitoring was our means of initiating this development." 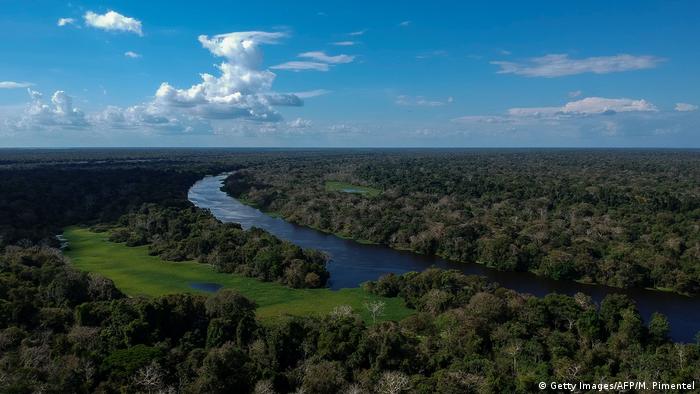 Despite the continuing logging, the Amazon is still the world's largest tropical rainforest.

But in the last four years deforestation has increased again. In addition to trying to control the logging, Schmitt also considers the power of the market to be an important factor in combating deforestation: "We are noticing that fewer products are purchased that come from deforestation regions. We also need to create even better incentives for those who preserve the forest and impose harsher penalties on those who illegally deforest it."

Meanwhile, the documentation and control system has been extended to the southeast and now also includes the Cerrado, the Brazilian savanna. Although fewer trees grow here, illegal deforestation also endangers the ecosystem here. The plan is that by 2020 the entire country will be monitored, says Schmitt.

Claudio Almeida of the space research institute INPE is not so confident about the future. He has already seen the report for the year 2018:  There has been no decline in the rate at which deforestation is happening.

Forests, particularly tropical ones, are fundamental to the fight against climate change. They produce oxygen, store carbon and are home to millions of people and animals. Yet they are disappearing at an alarming rate. (01.08.2018)