In Brazil, indigenous and traditional communities are fighting for their land in the face of threats from big businesses, mining and environmental destruction. In some cases, the peoples' very survival is at stake. 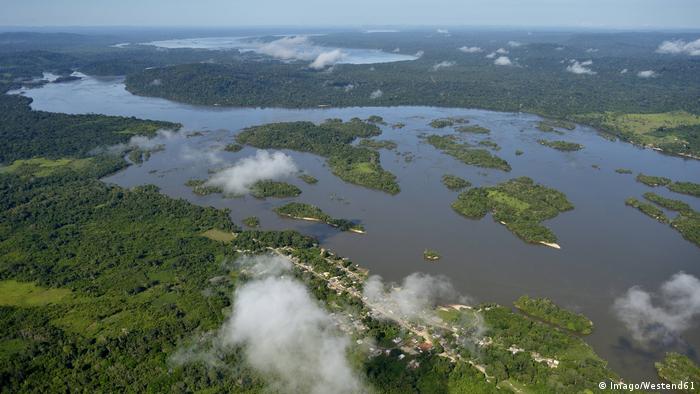 In early 2018, Ageu Lobo Perreira was on the run. He'd received word that his life and the lives of two other members of the traditional Amazon riverside community he leads were in danger.

The warning came after Perreira and others from the Montanha-Mangabal settlement that is scattered along the Tapajos River near the northern Brazilian city of Itaituba, set out to mark their community's government-recognized boundaries.

That's when they found evidence of illegal mining on their land, including contamination of water from residue produced by gold extraction. Perreira told DW the miners saw the demarcation process as a threat to their livelihood and sent a message to say they would kill community leaders who stood in the way of their activities.

"In the first stage of the process, illegal loggers confronted us," said the community leader. "In the second, we ran into artisanal miners. They saw that their activities weren't viable any more, and so they started threatening us."

Perreira spent a month in hiding, during which time the federal police began questioning artisanal miners. This increased tensions. 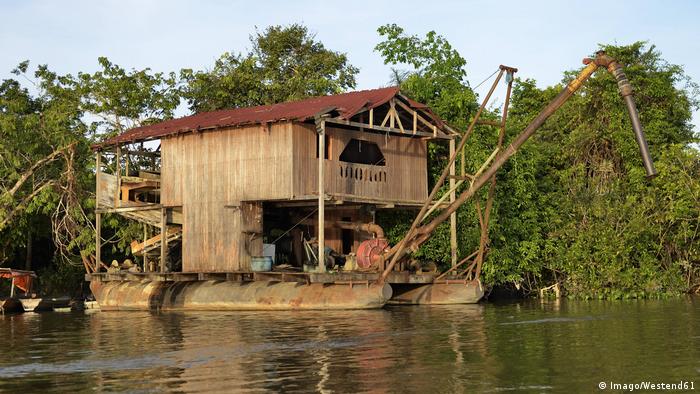 The gold rush of the 1980s is long over, but gold prospectors still try to strike it rich on the Tapajos river, putting them at odds with local communities.

After his return, the community filed a report about the situation with Brazilian authorities in a bid to get assistance.

"We have asked them for monitoring and investigations, we hope that this actually happens," Perreira said, adding that the government agency responsible for land titling, Brazil's National Institute of Colonization and Agrarian Reform (INCRA) has failed to carry out its "obligation to mark the territory." This has left the already isolated community even more vulnerable, he believes.

Old traditions dating back to the gold rush

Mining has been integral to the state of Para, where the Montanha & Mangabal community is located, since the 1980s gold rush ravaged the landscape.

Although the era of hundreds of men pouring into the open-pit mines scarring the earth — as captured in startling images by photographer Sebastiao Salgado — has passed, researchers and locals say they're still seeing river pollution caused by today's mining activities.

"The mining with machines has tragic consequences," said Perreira of the impact of equipment, such as excavators and dredge boats used in larger-scale mining, on the forest, which is home to animals such as tapirs and jaguars.

Even the small-scale artisanal mining in the area has an impact on the environment — and human health.

"Today, the fine gold that is showing up is best obtained using mercury," said Jose Pacheco Peleja, who coordinates the environmental biology laboratory at the Federal University of Western Para.

When mercury is used to help separate gold from other materials in the ground, it can leak into the soil and water, contaminating the food supply. Prolonged exposure can cause cognitive impairment.

Murders on the increase

In 2013, INCRA declared the Montanha-Mangabal community an agro-extractive settlement. The residents had long fought for such recognition, which allows them the rights to their ancestral land as well as to continue their traditional hunting, fishing and gathering activities. Community members say they don't mine.

Still, they say they have little protection and have been forced to defend themselves against violent threats from agribusiness, miners and loggers, particularly since funding for Brazil's indigenous affairs agency FUNAI and the country's environmental protection bureau were slashed in 2017. 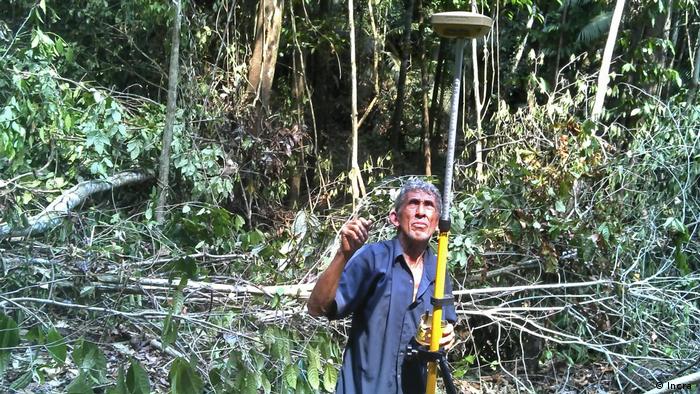 Incra says it was working with the Montanha-Mangabal to demarcate the community's territory using GPS, and will continue with the work this year.

It's a story that is playing out across Brazil. The Catholic Church-run Pastoral Land Commission, which tracks murders associated with land conflicts, said 2017 was one of the most brutal years in ages, with murders increasing 15 percent compared to 2016.

Para, the state where Montanha-Mangabal is located, was most violent, with 21 people murdered as a result of land-related tensions.

The federal police, who handle claims of illegal land-use and trespassing, declined to comment for this story. But INCRA said it was working to demarcate the land, saying that 30 kilometers (18.6 miles) of boundary remain to be set. These efforts should resume in October, the agency told DW.

It is also surveying the Montanha-Mangabal community to catalogue its existing structures, such as houses and wells — and inhabitants. So far, it has identified five miners who were not part of the agro-extractivist community.

Deep-rooted conflict between natives and miners

Setting the boundaries won't solve all the community's problems with trespassing, particularly as new major infrastructure projects clash with community land rights and impact the environment, says Marco Antonio Silva Lima. He is the director of science and technology at the state of Para's educational department.

"These conflicts are historic," Silva Lima told DW. "What's happening now is that there is a huge amount of investment in logistical systems to ship soybeans and to build hydropower dams. So, this is really worsening the conflicts that already existed. It's really worrisome." 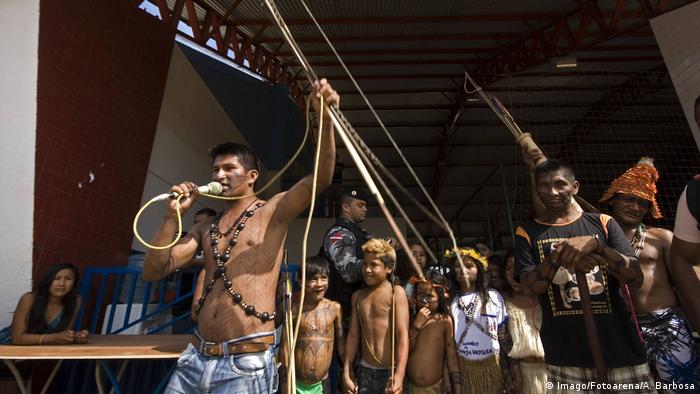 Indigenous communities, including the Munduruku (pictured), have been protesting against the building of dams and hydroelectric plants on the Tapajos River for years.

Brazil is planning to build several dams in the Tapajos River basin, although conservation and indigenous groups are resisting the building projects they say would inundate an ecosystem rich in plant and animal life.

In the meantime, Silva Lima believes one way to protect indigenous groups would be to establish a strategic development plan for the Tapajos region that would create alternative jobs for artisanal miners and loggers.

"In my view, this would have to involve state, local and federal entities as well as traditional communities in order to have mechanisms for dialogue," said Silva Lima, adding that for these communities to survive, their voices have to be heard by business and government.

Ghana is one of Africa's biggest gold producers – and that's taken a heavy toll on its environment thanks partly to widespread illegal small-scale mining. But expert Yaw Britwum Opoku tells DW why things are looking up. (26.01.2018)

Brazil's indigenous tribes are calling for environmental protections for their land in this year's annual protest. A rule approved in 2017 changed the rules for indigenous land claims, making them near impossible. (27.04.2018)

Journalist Dom Phillips and activist Bruno Pereira went missing last weekend in Brazil. Police say they may have a clue to their fate. Did they fall victim to gangs fighting for control of indigenous territories?