Brazil′s indigenous people fight back against Bolsonaro′s attacks on Amazon | World | Breaking news and perspectives from around the globe | DW | 06.01.2019 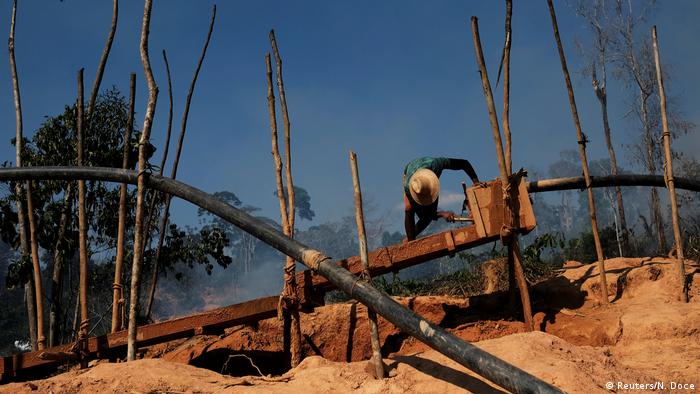 "Former Brazilian President Luiz Inacio Lula da Silva was convinced that the country was big enough for nature reserves and agribusinesses to exist side by side," says Thomas Fatheuer of  the Kobra network, which connects activists and academics focused on Brazil. Fatheuer knows the country well, as he lived there for 20 years and headed the Rio de Janeiro office of the Heinrich Böll Foundation, the German political foundation affiliated with the Green party . "But," he says, "the message of the new President Bolsonaro is that Brazil now needs to give more space to agribusiness."

After being sworn in, Bolsonaro wasted no time to make good on his promise. He started by shifting the power to designate indigenous land and nature reserves from Brazil's Ministry of Justice to the country's Ministry of Agriculture, which is headed by agricultural lobbyist Tereza Cristina Dias. 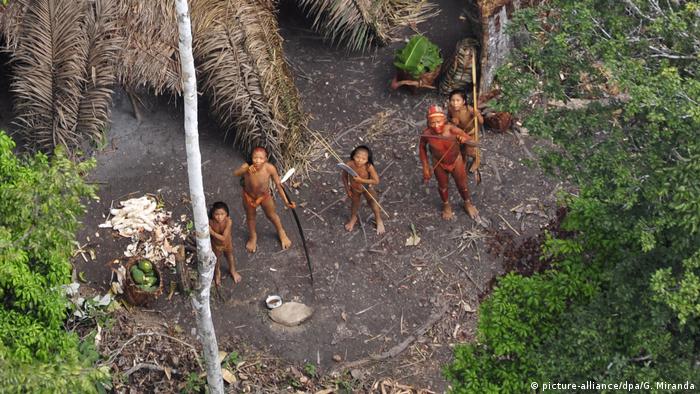 Bolsonaro recently took aim at the country's environmental agency Ibama on Twitter, saying that it was an "industry of fines” and that "fewer than one million people live in the isolated reserves for indigenous peoples, who are exploited by nongovernmental organizations (NGOs)." 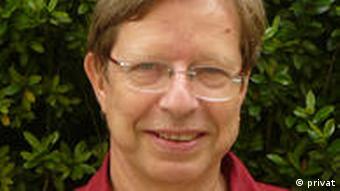 The country's indigenous peoples, meanwhile, are not putting up with Bolsonaro's accusations and fiercely oppose his plans. Leaders of the indigenous Apurina and Aruak Baniwa communities penned an open letter dismissing the allegation of NGO manipulation and instead criticized the government's inefficient policies towards Brazil's indigenous peoples.

The letter said that "we do not want our numbers to be decimated" through new agribusiness practices, and they "reject political paternalism and being forced to assimilate." The leaders stressed that they "want to remain indigenous and demand that our ethnic identity be respected."

Yet the new president's stance on environmental matters could undermine the indigenous people's demands for self-determination. His government views Brazil's indigenous peoples as business partners, who he believes want to earn money, trade, mine gold, harvest precious wood, and rent out land — just "like all Brazilians."

Thomas Fatheuer says that the government and corporations are "paying serious money out of the petty cash box to pay indigenous leaders to get them to agree to mining on their indigenous lands."

He says indigenous tribes were already being pitted against each other regarding the Belo Monte hydroelectric dam complex on Xingu River, a tributary of the Amazon, and he foresees a major conflict over the legalization of mining on indigenous lands in coming years. 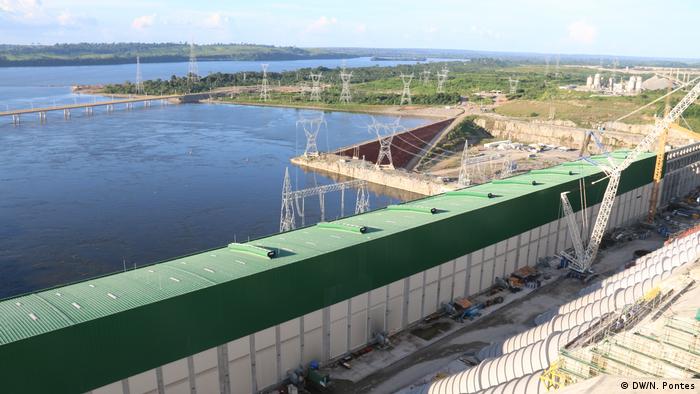 The hydroelectric dam complex on the Xingu River

Indigenous protected lands, which are legally the property of the state, comprise 13 percent of Brazil's total territory. The country's indigenous peoples live off these areas, which are situated in the rainforest, and are expected in return to contribute to its protection. Mining activity is prohibited in these protected areas unless the Brazilian Congress and the respective indigenous tribes inhabiting the area agree to allow it.

"Much progress had been made regarding the protection of the rainforest," says Brazil expert Fatheuer. Which is why, in his view, so much is at stake now. Fatheuer, like so many NGOs and the German government, wonders what will happen to German-Brazilian environmental cooperation now that Bolsonaro is in charge. After all, Germany and Brazil have a long history of joining forces to protect the environment.

After the 1992 Rio de Janeiro Earth Summit, then-Chancellor Helmut Kohl initiated a pilot scheme to protect the tropical rainforest, together with the help of leading industrial nations. Between 1992 and 2009, Germany's Ministry for Economic Cooperation and Development (BMZ) provided more than €300 million ($340 million) to this cause. Today the BMZ also contributes to the Amazon Fund for Forest Conservation and Climate Protection.

Saúde e Alegria is an award-winning development project that aims to improve healthcare and economic development in the Amazon. In the past, the initiative partnered with Germany's Ministry for Economic Cooperation and Development. But now with Bolsonaro in power, project coordinator Caetano Scannavino fears that if logging and gold mining are legalized, all the good work could be undone.

He thinks Bolsonaro's government lacks economic know-how. In Scannavino's opinion, "there is nothing romantic about protecting the environment because it is the very foundation for economic growth." Adding that "the Amazon brings water to all of Brazil; and anyone who cuts down the rainforest and plants soybeans harms the agriculture in the south — which our economic and agricultural ministers need to understand."