Jair Bolsonaro's stance on indigenous people is 'discriminatory and racist' 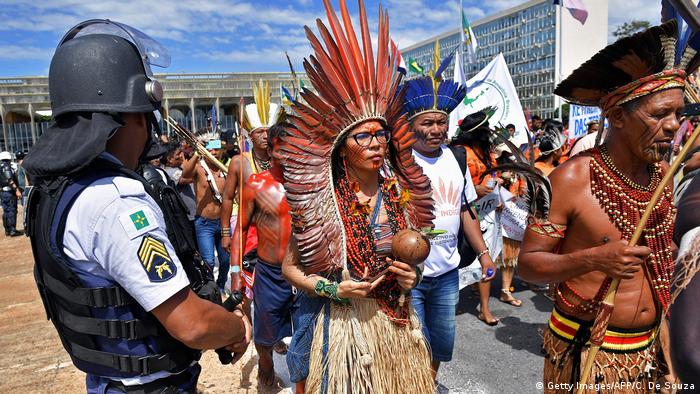 DW: Jair Bolsonaro has issued an executive order making the Agriculture Ministry responsible for deciding what to do with lands claimed by indigenous peoples, stripping power from the indigenous affairs agency, FUNAI. How do you see these developments? 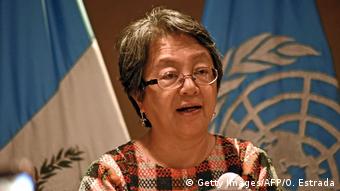 'Entering [indigenous] territories ... can lead to the disappearance or genocide of these peoples': Tauli-Corpuz

Victoria Tauli-Corpuz: This is a regressive move, because the Agriculture Ministry is the agency which supports the expansion of the areas for the production of crops for export and for cattle ranching. Putting FUNAI under a body which has the function of facilitating the expansion of agriculture, including to the indigenous peoples' lands and territories, will potentially undermine FUNAI's mandate which is to protect the rights of indigenous peoples to their lands and territories.

What can possibly happen is that FUNAI's mandate will be changed or its resources and powers will be reduced significantly which will make it very weak in terms of performing its role of protecting the rights of indigenous peoples.

What is the impact of such a measure on the future of the Amazon rainforest?

Since the Amazon rainforest will be among the potential areas for agricultural expansion, this will mean increased deforestation and increased displacements and violations of the rights of indigenous peoples in the Amazon. It will also mean that the capacity of the rainforest for climate change mitigation will decrease.

On Twitter, Bolsonaro emphasized the need to integrate indigenous peoples in Brazilian society, pointing out that they live in isolated territories rich in natural resources that need to serve economic purposes. What do you make of that statement?

This is a discriminatory and racist statement which is not in compliance with Brazil's legal obligations to international human rights laws and standards. The ILO [International Labor Organization] Convention No. 169, which Brazil ratified, and the UN Declaration on the Rights of Indigenous Peoples strongly affirm that indigenous peoples have the right to determine whether they would like to be integrated into the dominant society or maintain their own cultures and identities.

Brazil also has approved the guidelines for indigenous peoples in voluntary isolation, from the UN Office of the High Commissioner for Human Rights, which stipulates that they have the right to remain in isolation and not be contacted. Entering the territories where indigenous peoples in voluntary isolation are living can lead to the disappearance or genocide of these peoples.

During his presidential campaign, Bolsonaro promised he would no longer give one inch of land to indigenous peoples. How do you assess this increasing deterioration of their rights?

Again, such pronouncements violate the rights of indigenous peoples, and I certainly hope the president will not do this.

Your study, "Cornered by Protected Areas", shows that indigenous peoples and local communities play a crucial role in the protection of the world's forests and biodiversity. How important is the legal demarcation of indigenous lands?

Victoria Tauli-Corpuz is the UN's special rapporteur on the rights of indigenous peoples.

Indigenous rights are increasingly seen as key to protecting environments like the Amazon. But in Brazil, political instability threatens to push back progress and open up indigenous lands to development. (09.08.2017)