The travel diaries of renowned physicist Albert Einstein have been translated into English, revealing some unsettling opinions about China and its people. Reactions in Chinese media have been understandably critical. 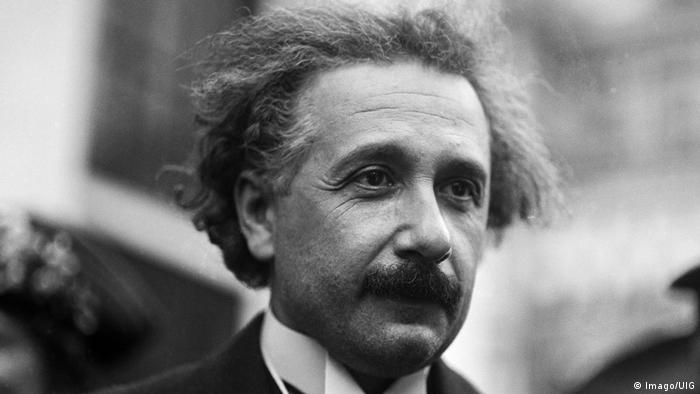 Was the world's best-known physicist Albert Einstein a racist? The same man who, while in US exile, spoke out against the discrimination of African-Americans, blasting segregation as "a disease of white people?" Yes, that same man might have in fact harbored racist prejudices, as the recently published Travel Diaries of Albert Einstein: The Far East, Palestine, and Spain, 1922-1923 suggests.

That is certainly the conclusion reached by Britain's Guardian newspaper: "The publication of Albert Einstein's private diaries detailing his tour of Asia in the 1920s reveals the theoretical physicist and humanitarian icon's racist attitudes to the people he met on his travels, particularly the Chinese." The English translation of Einstein's original German-language diaries was published as a standalone volume by Princeton University Press.

Among other things, Einstein wrote down his impressions of everyday life in Hong Kong and Shanghai. While many remarks are rather unflattering, others do display a certain empathy for China's economic circumstances and difficulties at the time. During a stroll through Shanghai in 1922, he wrote of having observed a "ghastly fight for survival by meek and mostly lethargic-looking, mostly neglected people." And that "loud open workshops and shops" were ubiquitous, making "a great racket but nowhere any quarreling." Einstein also noted that "even those reduced to working like horses never give the impression of conscious suffering. A peculiar herd-like nation … often more like automatons than people." He also wrote that with "European visitors like us, comical mutual staring" was common.

'Characteristics of a racist ideology'

Apparently, then, Einstein was aware of the perplexity that can ensue when different cultures and peoples meet. But he made no attempt to transcend his uniquely European perspective on China. That becomes glaringly obvious when he wrote "how little difference there is between men and women," going on to say that "I don't understand what kind of fatal attraction Chinese women possess which enthrals the corresponding men to such an extent that they are incapable of defending themselves against the formidable blessing of offspring."

On a visit to the mainland side of Hong Kong, Einstein observed that it "would be a pity if these Chinese supplant all other races. For the likes of us the mere thought is unspeakably dreary."

Ze'ev Rosencranz, who edited Einstein's diaries, is highly critical of this section, writing that "Einstein perceives a foreign 'race' as a threat, which … is one of the characteristics of a racist ideology."

Chinese state media have cited The Guardian's report on Einstein's diaries — without commenting themselves. Chinese readers, however, were eager to share their thoughts.

"Einstein was a renowned natural scientist," one wrote. "But he has disqualified himself in terms of showing respect for other peoples. I think that some of his remarks are shameful and extreme."

"His arguments are certainly racist," another agreed. "I think he would not have have written something like this after World War II. That is one reason why he insisted on not publishing his diaries."

One commenter, meanwhile, reflected that "the Chinese do not like being discriminated against. But why do so many Chinese discriminate against black people, and think they are inferior? 'Don't do unto others what you don't want others to do unto you.' How many Chinese understand the meaning of this saying?" 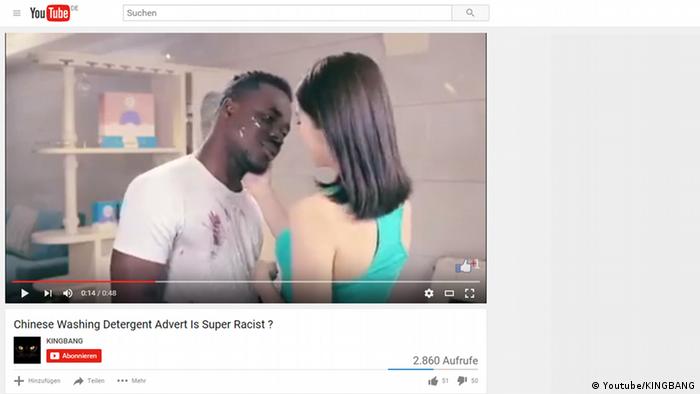 China has had its own issues with racism: A detergent ad 'washing' people of color drew worldwide condemnation

One Chinese reader, meanwhile, stressed that Einstein's observations should be contextualized: "People always want to apply present-day standards to things of the past. And the result, of course, is 'shocking'." Rosencranz, in turn, told The Guardian that Einstein's opinions were certainly common at the time, but that not everyone shared them.

Surprisingly, some Chinese even defended Einstein's remarks. "I do not believe he was a racist," one wrote. "He talked about the actual state of Chinese society and what the Chinese were like then. That was the image people had of China."

But not everyone agrees. One reader criticized that Einstein's observations were superficial and ignored the root causes of Chinese problems at the time: "When you are suffering from poverty, hunger, illness, natural disasters and war — and when you are in rags, malnourished, homeless, poor, and hopeless — you cannot expect someone to be elegant and courteous, full of ideals and hopes! Einstein was not necessarily a racist but certainly something of a big baby, oblivious to reality and living in his own world!"

Another Chinese commenter highlighted the difference between China then and now: "That was one of China's darkest and most ignorant times in history, Einstein was right about that. Today, we are confident. And we have no problem acknowledging this ugly past, which has nothing to to with the present."

Miao Tian and Li Shitao contributed to this article.