There has been talk of building a nuclear power plant on Turkey's Mediterranean coast since the 1970s. Now a Russian-backed project to do so is underway, but experts are skeptical of many aspects of the project. 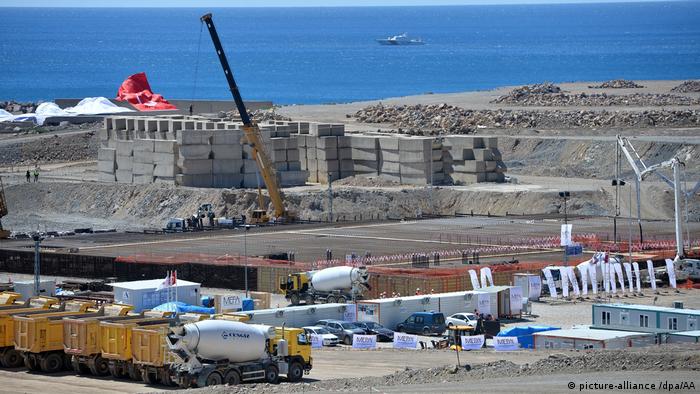 The Akkuyu site was set for a groundbreaking ceremony on Tuesday, but much of its future remains unclear

Via video from Ankara, the presidents of Russia and Turkey, Vladimir Putin and Recep Tayyip Erdogan, kicked off construction of Turkey's first nuclear power plant. The Akkuyu power plant in the Mediterranean coastal province of Mersin is a Turkish-Russian venture expected to cost $20 billion and meet 10 percent of Turkey's energy needs. Yet experts say it remains unclear when it would really come online: Neither the required technology transfer from Russia nor a construction completion date has been set.

The project deal between the two countries was agreed to in 2010. The plant was provisorily expected to start generating power from its first unit by 2023, with three more units coming online by 2026. Each of the four units is intended to generate 1,200 megawatts of electricity.

Read also: Blockchain in the energy transition: Hope or hype?

Critics are concerned with Turkey's growing energy dependence on Russia. Russia is Turkey's largest supplier of natural gas and third-largest supplier of oil. Turkey must diversify its energy sources, says Tugce Varol, an energy expert from the 21st Century Turkey Institute in Ankara, and have a long-term view of energy security. Instead, she says, there have been eight years of "select companies profiting from the Turkish government's energy policy."

The Turkish government wants to reduce its natural gas consumption for electricity production to below 30 percent. However, the Akkuyu nuclear power plant would be able to at most take over 7.7 percent of electricity production by 2026, Varol says. "I'm not against safe atomic energy using the most modern technology. But such a project should happen within a developed or at least developing democracy so there is the possibility for and the freedom to have critical feedback," she added.

A nuclear power plant project in a country whose media cannot be critical and commercial bids lack transparency does "more harm than good," she said. 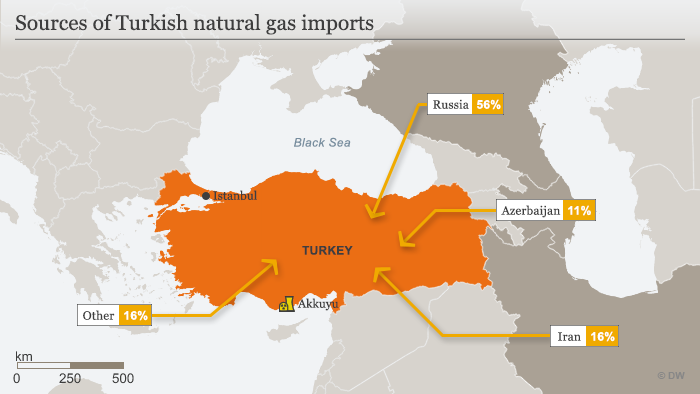 The 2023 target date for the power plant coincides with the 100th anniversary of the modern Turkish republic. That may be a difficult goal to reach, according to a Reuters report that found that Russia's state nuclear corporation, Rosatom, has been having trouble finding local energy partners. Rosatom disputes this.

The project's progress is being seen as a bellwether for Turkish-Russian relations, including the technology transfer from Russia. No country should proceed with building a nuclear power plant, says atomic expert Sarman Gencay, without being fully briefed on atomic technology. Gencay, a professor at Istanbul Technical University, said the nuclear deal between Russia and Turkey does not guarantee the transfer. "The project's future is in the hands of our Russian friends, who have all the knowledge," he said. "Hopefully there will be no mishap. Because when a nuclear energy project comes to a halt, it is always the contracting country left with the bill." 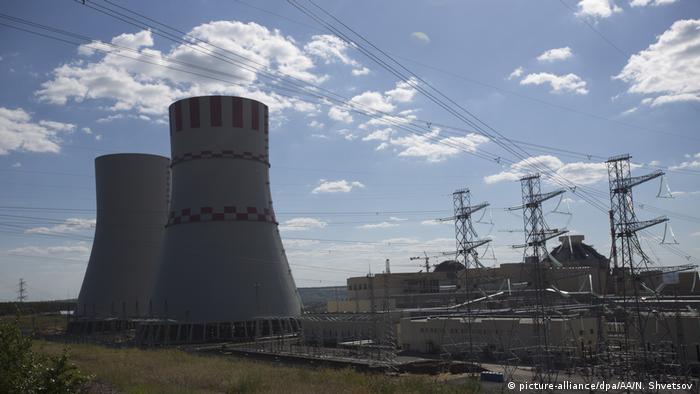 Russia's Novovoronezh nuclear power station, although originally built in the 1960s, has undergone extensive renovations in the last two decades and is considered a sister project to the Akkuyu plant

Varol sees Russia with the upper hand, as well. Moscow makes sure it controls investments in the energy sector, she said, and it is interested in expanding its energy network further south. "Russia would unfortunately penalize Turkey should it not hold up its end of the project," Varol said. Unrelated agreements could adversely impact the power plant project, she added, for example should Turkey opt out of buying a Russian missile defense system.

For Gencay, it is essential that such a project be based on long-term, stable energy policy, which he does not see being the case. A national strategy is necessary, he says, that considers all sides – political, legal, scientific and technological. Only then would Turkey have a reliable nuclear policy.

Read more: Where should nuclear waste be stored for eternity?