A residence meant to "serve the people of Cologne" is being used by a multinational company for vacation rentals. But cities with small budgets can face a monumental challenge fighting professional Airbnb landlords. 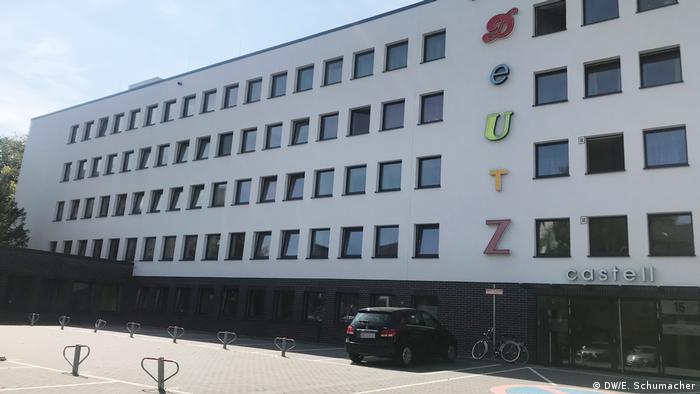 Hupke spoke to DW one day after revelations that multiple rooms in a residence in the western German city created by a non-profit and meant to cater to students, the elderly and the disabled were in fact being rented out to tourists via the home-sharing portal Airbnb.

"Those rooms are supposed to be for students for the nearby technical college," said Hupke, "what kind of ice-cold business is behind this?"

According to public broadcaster WDR, who broke the story, that business is a shell company operating out of Luxembourg, financed by London-based investment bankers.

Rooms for students, disabled, rented out to tourists

The Castell residence sits in a quiet cul-de-sac in Deutz, a quarter with a high percentage of immigrants, which is in the early throes of gentrification. According to its website, the building managers claim that "out of respect for the memory of the Gebrüder Coblenz foundation [that built the residence], Castell-Deutz should serve the people and students of Cologne."

This was news to a Frenchwoman leaving the building on Thursday, who said she had rented a basic room for her family for about €100 ($114) a night using Airbnb.

This is just the latest scandal for the home-rental service, and far from the first in Germany. In Berlin, the substantial effects of Airbnb on the housing market led to the creation of stringent regulations. People can only rent out the place where they actually live. Renting out a "second home" is only possible for a maximum of 90 days a year, and the city employs a number of "investigators" to root out illegal rentals.

"In one way, I think Airbnb is better than other sectors of the gig economy," said Rachel, a teacher in Cologne, "if a student or a low-income worker wants to earn an extra bit of money by renting out their apartment when they're out of town, then someone who needs to travel cheaply can benefit from that. But when corporations get involved, it makes the rents go up in cities and that shouldn't be allowed."

Mayor: Federal government should get involved

But reining in Airbnb is easier said that done, said Andreas Hupke. He told DW that his small office of just a handful of people was practically helpless against such a large corporation.

"Berlin and Hamburg are city-states, and Munich is a regional capital, so they have more federal financial resources made available to them. It's incredible to me that Cologne is the fourth-largest city in Germany, and here we are completely toothless to fight Airbnb because the laws are decided in Dusseldorf," he explained, visibly upset.

Dusseldorf is smaller, but it is the capital of Germany's North Rhine-Westphalia state, where Cologne also lies.

"If the states and the federal government want Germans to have somewhere to live, we need laws, we need the personnel, we need wide-ranging financial investigations," he added, saying ideally the matter would be regulated at the EU level, where the company is currently being investigated for potentially breaking European laws.

Hupke made it clear, however, that the matter will be taken to Cologne's city council.

Facing strict regulations and even outright bans in cities like Berlin, Barcelona and New York, Airbnb has consistently denied that it prices the poor and the elderly out of their own neighborhoods while wealthy landlords (who make up the vast majority of Airbnb "hosts") rake in the barely regulated income.

The company management site listed on Castell-Deutz's website, which gives a Hamburg address, did not respond to DW's request for comment.

Airbnb has scrapped a competition to win a night's stay on the Great Wall of China after online users complained about its impact on the historic site. The rental website has hosted similar competitions in the past. (08.08.2018)

France awards Legion of Honor to slain schoolteacher 2m ago