Afghan refugee minister: Afghans should be treated on par with Syrians | Asia| An in-depth look at news from across the continent | DW | 26.10.2015

Afghan refugee minister: Afghans should be treated on par with Syrians 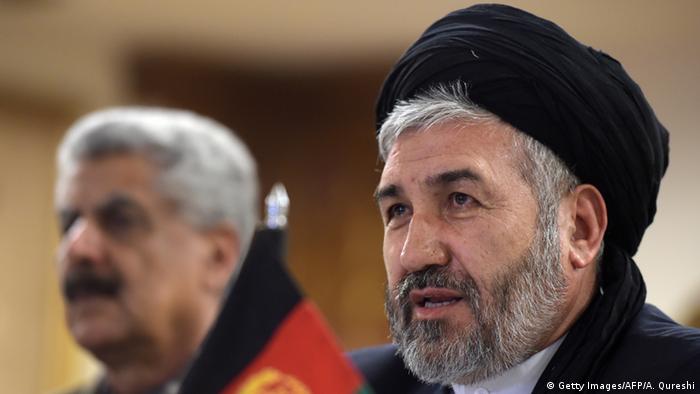 Notwithstanding several measures by European governments to curb the influx of refugees, hundreds of thousands of migrants continue to undertake perilous journeys to reach Germany and other EU nations.

In order to deal with the rapidly growing refugee numbers, German media reports claim that Berlin wants fewer Afghans - who make up the second-largest group of people seeking asylum in Germany - to come to Europe and more of them to return to their home country.

According to a report by German daily Frankfurter Allgemeine Zeitung (FAZ), the German government wants the European Commission to negotiate a readmission agreement with Afghanistan for migrants whose asylum applications have been rejected.

The FAZ report added that Germany's Interior Ministry no longer views Afghanistan as being in the same situation as Syria, which is in the midst of a civil war.

The paper says the ministry views the security situation in parts of Afghanistan - such as Kabul and certain tribal areas - as relatively stable, meaning people could be sent back to these zones. In order to curb the refugee influx, Berlin also plans to launch a campaign to deter would-be migrants from coming to Europe, the article added. 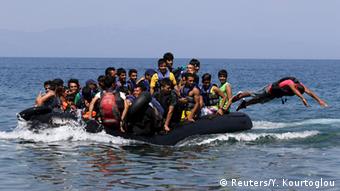 Afghans make up the second-largest group of people seeking asylum in Germany, after Syrians

However, in a DW interview, Afghan Minister of Refugees and Repatriations Sayed Hussain Alemi Balkhi says that Germany and other EU countries should avoid deporting Afghan asylum seekers. He stressed that security in the country has been deteriorating as terrorist groups such as the Taliban and "Islamic State" are gaining ground in Afghanistan and putting civilians at risk.

DW: Is the Afghan government aware of the German government's alleged plans to deport Afghan refugees whose asylum applications have been rejected?

Sayed Hussain Alemi Balkhi: We are not aware of such a decision. We have an agreement with the Germans on deportations, according to which they have to provide us a list of Afghan asylum seekers who they are planning to deport. We have not received such a list so far.

I met with a German government delegation in Geneva recently. In the meeting I stressed that the security in Afghanistan was deteriorating. I asked them explicitly not to deport any Afghan asylum seekers as the situation in Afghanistan was still very fragile. At the same time, I urged the German authorities to accept more Afghan refugees.

More and more Afghans are arriving in Germany in pursuit of a better life as the security situation worsens back home. But what conditions do they face and how do their lives change? DW examines. (17.09.2015)

Back to Kunduz - despite the dangers

Tens of thousands of Afghans have been driven from the northern city of Kunduz by fierce fighting. Many of them now want to return there rather than join those fleeing to Europe and other places abroad. (22.10.2015)

No 'safe' asylum for female refugees in Europe

Female migrants coming to Europe are exposed to physical and sexual violence while living in cramped shelters with other refugees. But cultural prejudices and trauma make it difficult for them to talk about abuse. (11.10.2015)

Just last week, I invited the German ambassador to Afghanistan to my office and officially requested the German government to avoid deportation of Afghan asylum seekers. During the meeting, I stressed that Germany should approve more asylum requests from Afghans based on conditions on the ground.

If Germany starts deporting Afghans, how will the Afghan government react to the situation?

Asylum seekers who do not fall under one of these five categories can only be deported if the Germans provide us a list of their names in advance and after we reach an agreement on how to proceed.

The Afghan government hopes that EU countries will understand the situation on the ground and show their support for Afghan immigrants.

Will the Afghan government officially receive any deportees from Germany?

We will only look into cases of deportations if they are according to the agreement we have with Germany. If any Afghan is deported in violation of the agreement, we will strongly request Germany to comply with the agreement.

Does the Afghan government have the resources to provide services to potential Afghan deportees?

We do not have any resources to help any potential deportees from Germany or any other European country.

The IS terrorist group has presence in eastern Afghanistan. The group carries out executions and target killings everyday. Afghanistan faces the same problems as Syria and in some cases the problems are even more critical compared to Syria.

We have explained the security situation in Afghanistan to all EU countries and, therefore, ask them to process asylum requests from Afghans with the same priority level as any other conflict-ridden country, including Syria.