Afghan conflict: Can something good come out of Trump′s presidency? | Asia | An in-depth look at news from across the continent | DW | 09.11.2016

Experts expect a tougher stance from US president-elect Trump on Islamic militancy in Afghanistan and Pakistan than Obama. Trump's focus is more on Islamabad than Kabul, but can he afford to disturb the regional balance? 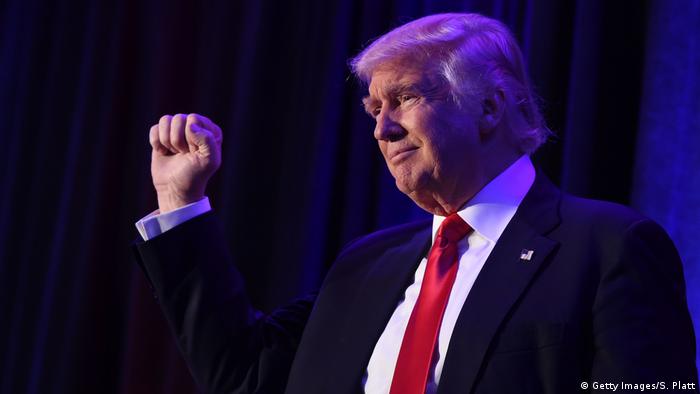 US president-elect Donald Trump will inherit the longest foreign war in US history from outgoing president Barack Obama. His biggest challenge in Afghanistan will be finding a way to end the US military mission in the war-torn country. This entails dealing with the Taliban, an Islamist insurgent group that has so far rejected Washington's negotiation offers and at the same time proven difficult to defeat militarily.

Anwar Ul-Haq Ahady, a former Afghan finance minister, says it will take some time for Trump to determine his policies for Afghanistan and Pakistan. What is certain at this point, he said, is that the US will not withdraw its troops from Afghanistan until there is some sort of stability in the country.

"We have to wait and see what policy Trump chalks out for Afghanistan and the region," Ahady told DW.

With the end of election day comes disbelief - none of the so-called experts predicted this result. The time until Trump takes office must now be used wisely, says DW editor-in-chief Alexander Kudascheff. (09.11.2016)

Businessman Trump or bureaucrat Hillary - Whom does Asia prefer?

The US presidential election comes at a pivotal moment for the Asia Pacific region. Will the next president continue fostering economic and defense ties or will the region experience a new kind of foreign policy? (08.11.2016)

What would a Trump or Clinton presidency mean for Iran?

Experts predict that regardless of the election result, the new US presidency will not drastically improve US-Iranian ties. Statements from Trump and Clinton have indicated little difference between their Iran policies. (04.11.2016)

But Michael Kugelman, a senior associate for South and Southeast Asia at the Washington-based Woodrow Wilson International Center for Scholars, says that Trump likes to look at things in black and white, and this means his stance on Taliban militancy will be clear-cut.

"He is likely to see the Taliban as he would see al Qaeda or 'Islamic State,'" Kugelman told DW, adding that the Taliban issue is very complex and should be looked at with the right perspective.

"Trump doesn't have much patience, and Taliban peace has long been a remote prospect," he said. "But that does not mean that he will be willing to ramp up the drone war, which could entail targeting Afghan Taliban and Haqqani Network leaders in Pakistan," the expert added.

With or without Pakistan

Pakistani involvement in the Afghan conflict has always complicated US peace efforts in the region. Historically, Islamabad has backed a number of militant groups in Afghanistan to counter Indian influence there. Experts say that as US president, Trump might look for options to reach out to the Taliban without involving Pakistan.

"We should expect an intensified US effort for peace that goes beyond Pakistan's participation," Siegfried O. Wolf, a South Asia expert at the University of Heidelberg, told DW.

In an interview conducted few years ago, Donald Trump had this to say about Islamic militants in the Afghanistan-Pakistan region: "I don't know that Afghanistan is much - as much of a problem - as Pakistan, because everyone is telling me they're all in Pakistan; they're not in Afghanistan."

A number of liberal Pakistani analysts have also asserted for a long time that Islamabad is backing many Afghan insurgent groups that are actually based in Pakistan's northwestern tribal areas. It appears that the Republican president-elect and progressive Pakistani activists are on the same page about the militancy issue in the South Asian region. 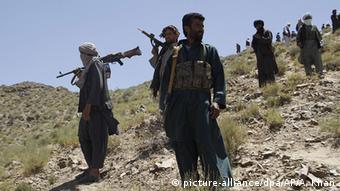 The Taliban have so far rejected Washington's negotiation offers

Irrespective of Trump's pre-election hawkish views on how to deal with Islamism in Afghanistan and Pakistan, experts say that when the business tycoon takes office in January of next year, he will have to tread cautiously and more diplomatically as president of the United States. But analysts also say that Trump's Afghanistan strategy would definitely be different from that of outgoing president Barack Obama.

"Trump will increase pressure on Pakistani authorities to act against the militant Haqqani network, whom the US considers a terrorist group, and break ties with the Afghan Taliban," Suhail Waraich, a Pakistani analyst, told DW.

"Trump's muscle-flexing might force Islamabad to forger closer ties with China, which would pose a strategic challenge to the US," Waraich added.

Pakistani authorities are also worried about Trump's readiness to enhance security partnership with India. Islamabad is already worried about President Obama's Afghanistan-India defense cooperation and it feels that it is being strategically sidelined in the region. With Trump, these concerns may be increased.

"Open US support for joint efforts between Afghanistan and India to contain Pakistan could cause Pakistan to strengthen its alignment with China and escalate its budding security partnership with Russia," writes Samuel Ramani, a University of Oxford researcher, in The Diplomat magazine.

Can Trump force Pakistan to review its Afghanistan policy? Islamabad-based analyst Tauseef Ahmed believes that a Trump presidency can offer an opportunity to Pakistan to rein in homegrown terrorists.

"Trump's victory is a challenge as well as an opportunity for Islamabad. We can improve our international reputation by acting against the Haqqani Network, the Taliban, and groups like Lashkar-e-Taiba. If Trump could force Islamabad to improve ties with New Delhi, it would be a great service to the South Asian region," Ahmed told DW. 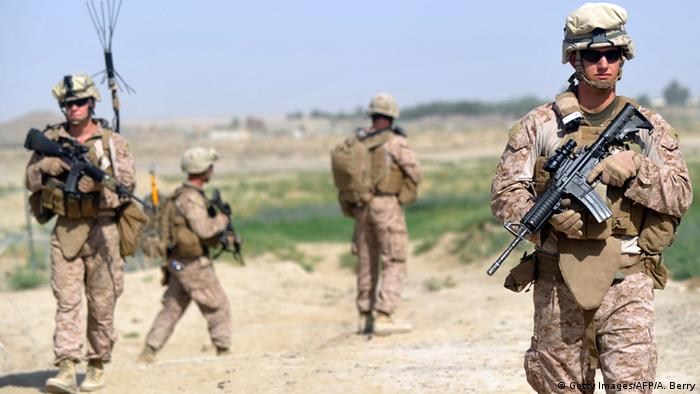 US patience 'running out'

But there is a flipside to the situation. Historically, Republican presidents have always maintained close ties with the Pakistani military establishment. Democratic presidents, on the other hand, have favored the civilian leadership in the Islamic country. But Trump is not a traditional Republican politician, and many analysts say that he won't be as lenient as Obama with the Pakistani army and its alleged support to militants in Afghanistan and Kashmir.

Pakistani Prime Minister Nawaz Sharif, who seeks friendly ties with India, is facing a massive political challenge relating to a corruption scandal. Many in his country believe that the military wants to replace him with a premier who carries forward the army's belligerent policies towards New Delhi and Kabul.

It will be interesting to see if Trump will support the civilian set up in Pakistan or the historic Republican ally, the Pakistani army, in the coming months.

Trump's stance towards the rift between Pakistan's civilian and military leaderships would be pivotal for understanding his incoming administration's Afghanistan policy. Keeping in mind his aggressive approach towards Islamist militants in the region, and his assertion that the Afghan insurgency has roots in Pakistan, he will not be able to express support for the Pakistani military, say experts. Unlike Obama and former president George W. Bush, Trump's Afghanistan strategy focuses on Pakistan, a better strategy some would argue.

"Both Democrats and Republicans have run out of patience with Pakistan and its 'double games.' Lately, both the Obama administration and Congress have hardened their positions on Pakistan, particularly its army generals. Trump is likely to be tougher with Islamabad," Arif Jamal, a US-based security and Islamism analyst, told DW.

"But the real question is that how far can Trump go? The Pakistani army is unlikely to abandon jihad as its defense strategy. Nobody in the West, including Trump, seems to have any concrete plan to deal with the Pakistani military and the Islamism situation in the Afghanistan-Pakistan region," Jamal added. 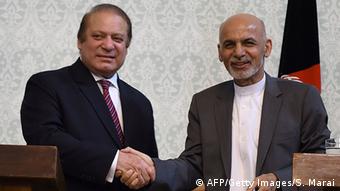 Unlike Obama, Trump's Afghanistan strategy focuses on Pakistan, a better strategy some would argue

There is a dominant perception in Washington that Afghan President Ashraf Ghani has been largely ineffective in dealing with the Taliban. The country's unity government, which involves Chief Executive Abdullah Abdullah, hasn't been working smoothly, thus effecting Kabul's efforts to rein in the protracted Islamist insurgency.

"If the political situation does not improve in Afghanistan, Trump could back changes in the Afghan government," Faiz Mohammad, a Kabul University lecturer, told DW.

Some experts even say that the incoming Republican administration may like to see a role for former Afghan President Hamid Karzai in the government. Karzai supported former president George W. Bush's offensive against the Taliban in the early 2000s.

Kugelman is of the opinion that Trump would continue to support President Ghani, but, he says, it once again depends on to what extent the US president-elect is willing to be involved in Afghanistan.