A socially distant affair: The VMAs 2020 reflect the political mood in the US

Politics and pop culture don't always make for easy bed-fellows. But the 2020 MTV Video Music Awards was all about injustice, elections and, of course, the COVID-19 pandemic. As expected, Lady Gaga stole the show. 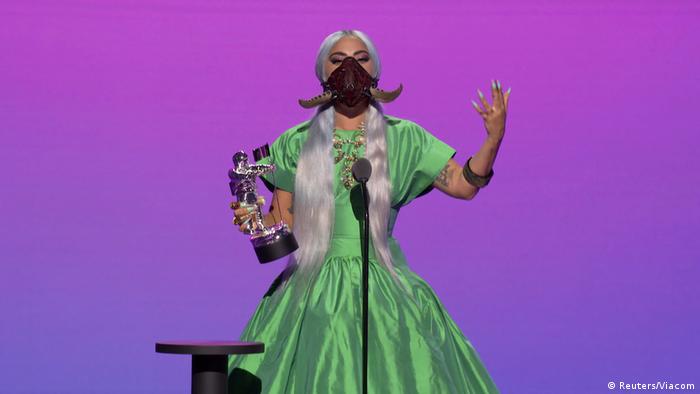 Known for her provocative stage outfits and outstanding performances, Lady Gaga took up center-stage during the 2020 MTV Video Music Awards (VMAs) show on Sunday, August 30. Nominated for nine awards, she performed alongside Ariana Grande, featuring several costume changes as part of her routine.

Lady Gaga and Grande won two awards together for their collaboration on the song "Rain On Me," and Lady Gaga herself was also given a new lifetime achievement trophy, the Tricon Award.

"This has not been an easy year for a lot of people," Gaga said. "Stay safe, speak your minds, and I might sound like a broken record, but wear a mask." 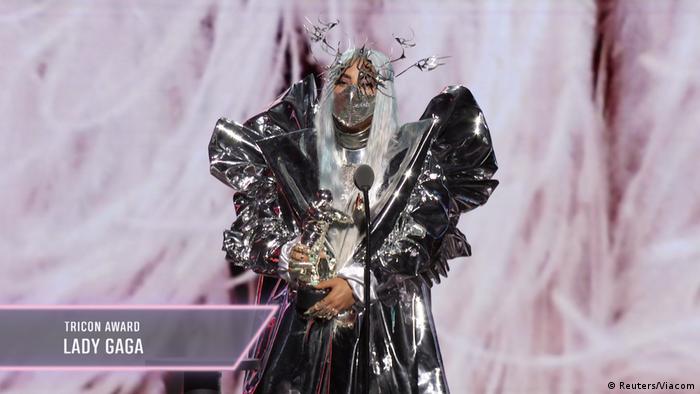 A woman of many faces, Lady Gaga proved that she is also a woman with many masks

Gaga also highlighted the importance of face masks during the COVID-19 pandemic through her outfits, demonstrating that the coverings aren't just lifesavers but can also be used as a fashion statement. One of her many masks that night was a muzzle — a perhaps unlikely accessory for the outspoken singer and actress. Another one featured an electronic display.

Lady Gaga and Ariana Grande also made sure that their message was communicated by their backup dancers, who also wore stylish masks during the BDSM-inspired performance.

The VMAs were the first major US awards show ceremony to take place since the onset of the coronavirus pandemic in the country. They had originally been planned to take place at the Barclays Center in the New York borough of Brooklyn. However, the event was filmed without a live audience, using various locations across the city to ensure social distancing.

Most of the performances were prerecorded in various spots across New York City to comply with health and safety guidelines issued under the pandemic. Lady Gaga and Ariana Grande staged their act atop the Empire State Building; other performances were held at the waterfront Skyline Drive-in theater, where a small audience could watch from their cars.

Even though performers at this year's VMAs were officially exempt from New York's statewide mandatory two-week quarantine rules applying to people traveling from areas with high rates of coronavirus infections, many celebrities opted to accept their prizes via video call this year. The 2020 VMAs also paid tribute to the essential healthcare workers on the frontlines of the COVID-19 outbreak, showcasing doctors or nurses who held spontaneous musical performances over the past months to lift their colleagues' spirits up. 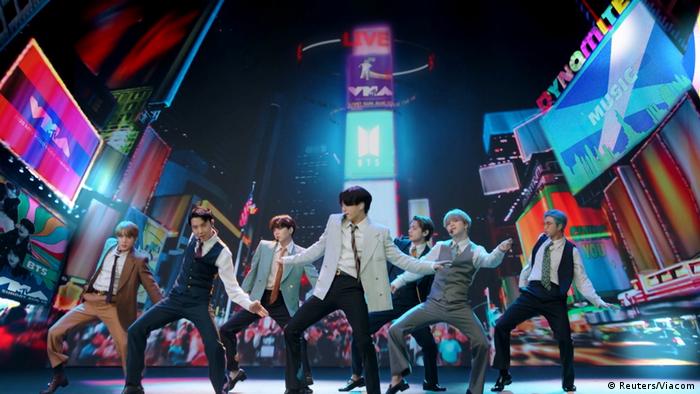 Winning in four categories, BTS proved that K-Pop has firmly arrived in the US market

Not politics as usual

Host Keke Palmer opened the show by dedicating the evening to actor Chadwick Boseman, who died of cancer on Friday at the age of 43. Boseman rose to fame as the star of the 2018 film Black Panther, which was praised at the time as the first movie showing a person of color as a superhero, inspiring audiences around the globe.

The ongoing public debate over systemic racism in the US was also an important political message that was highlighted repeatedly during the socially distanced awards ceremony. Palmer said: "It's our time to be the change we want to see. We need to come together, and music has that power."

"With the Black Lives Matter movement, we've seen our generation step up, take to the streets and make sure our voices will be heard. Enough is enough," Palmer added. 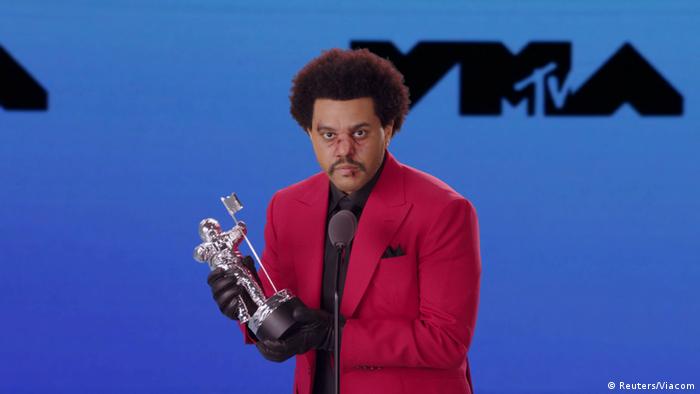 Accepting his award for Best R&B, The Weeknd said he wasn't in the mood for a party amid ongoing clashes in the US

Several performers also voiced their support for the #BlackLivesMatter movement. Singer The Weeknd opened the show saying he was not exactly in the mood for rejoicing when taking into account what was happening elsewhere in the US:

"It's really hard for me to celebrate right now and enjoy this moment, so I'm just going to say justice for Jacob Blake and justice for Breonna Taylor," he said, referring to the most recent police shootings in the country.

The Black Eyed Peas, who closed the show in a performance with Nicky Jam and Tyga, also referred to the political upheaval in the country, saying "Black Lives Matter" at the end of their set.

Read more: March on Washington 2020: History in the making

Despite so much politics dominating the VMAs, there were also lighthearted moments, comical references as well as some unique firsts. To much hilarity, Miley Cyrus ended her performance by sitting on top of a disco ball, replicating her viral "Wrecking Ball" video from 2013. 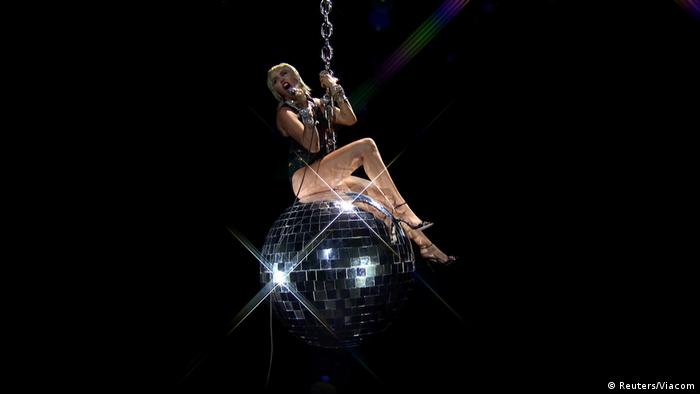 With their English language song "Dynamite," K-Pop sensation BTS meanwhile made their debut performance at the VMAs. The seven band members showed off their intrinsic choreographies in front of images of famous New York landmarks like Times Square and the Brooklyn Bridge, even though the video was performed from South Korea.

The boy band went on to win all four of the awards they had been nominated for: best group, pop group, K-pop artist and choreography.