A new race to the moon? US wants to lead the way

Half a century after the first lunar landing, a new race to the moon may be underway. The United States is out to win again. What are the Russians hoping for? And is there a role for the rest of the world? 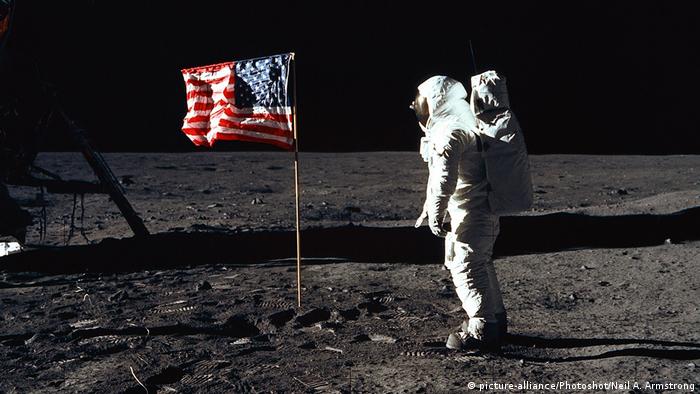 Israel nearly joined the unofficial club of global space powers earlier this month. But where Russia, the United States and China have been successful, the Israelis ultimately failed. The Beresheet lunar lander crashed on the moon's surface due to engine problems. Nevertheless, the experiment has fueled talk of a new "moon race."

The US won the original race in 1969 when Apollo astronauts walked on the moon. Now Washington wants another moon landing — on the double.

At the end of March, US Vice President Mike Pence instructed the country's space agency, NASA, to put Americans on the moon again within five years. If the agency fails, Pence warned the government would resort to engaging private companies. He stressed that the US would prevail in this new moon race, just as it did in the 1960s. But Pence did not say who exactly the US was racing against.

In the view of Ramon Lugo, director of the Florida Space Institute at the University of Orlando, Pence was presumably referring to the rivalry with China, noting the two countries are competing across "many areas of technology."

In January, China succeeded in landing its first space probe on the far side of the moon. 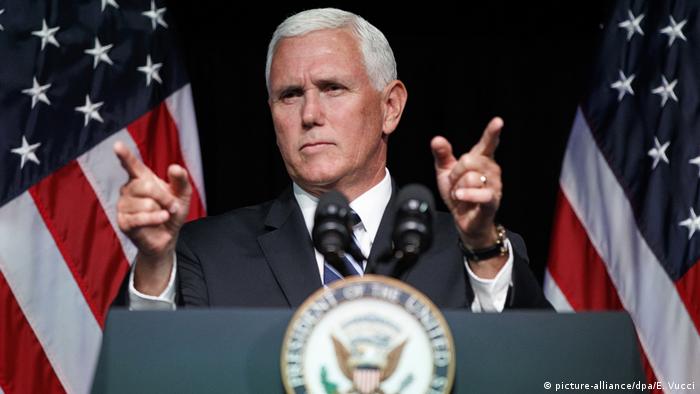 Pence wants to put astronauts on the moon within 5 years

Lugo, a former longtime NASA employee, believes it's unlikely that Russia could currently position itself as a true rival to the US in space, despite its role in sending astronauts to the International Space Station (ISS). In his view, the US is competing with itself in the "race for the moon," so to speak, because it is more of a competition between NASA and private companies such as Elon Musk's SpaceX.

Lugo considers Pence's plan to return to the moon by 2024 to be too optimistic. Astronauts will be able to fly into lunar orbit within the next five years, he said, but landing on the moon itself won't be possible until around 2030. The only way this timeline could be accelerated would be if NASA were to use SpaceX rockets that were developed for a mission to Mars, Lugo said, though he cautioned the conditions on the moon are very different from Mars.

Is Russia in the race?

According to Andrey Ionin of the Russian Academy of Cosmonautics, there is no "race for the moon" and Pence's statement was "domestically motivated" for political gain. Ionin did not rule out the possibility of a US lunar landing as a "one-off project" within the next five years, but he said he couldn't imagine Russia or China taking part in the kind of "moon race" touted by Pence.

Russia is neither financially nor technologically capable of doing so at the moment, Ionin said, though it has made progress on lunar research. The four-month Sirius-19 experiment to simulate a moon flight has been underway in Moscow since mid-March and mainly involves Russian scientists. What's more, the country's space agency, Roscosmos, has announced plans to send a lander to the moon in 2021. A Russian manned lunar mission to would take place in the 2030s, at the earliest. 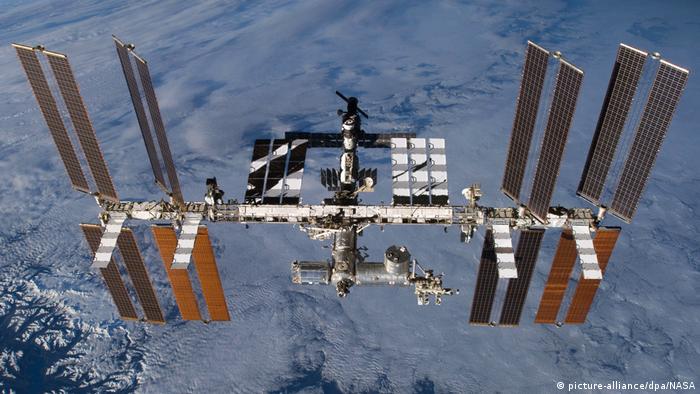 After the retirement of the space shuttle program, NASA relied on Russia to send astronauts to the ISS

Thomas Jarzombek, a German parliamentarian and the country's coordinator of air and space travel at the Ministry of Economic Affairs and Energy, dismissed the potential of a new "moon race."

"It is not like the Americans want to go it alone; rather there will be large-scale cooperation similar to the ISS — something with Canada, Europe and Japan," he told DW. "We need an announcement from the US as to how to proceed from here."

Pence made no mention of this kind of cooperation. However, the EU is keen to participate in the NASA-led international Gateway project for the construction of a space station on the moon. Currently, the project is still in the planning phase.

Russia also showed interest, but in 2018, Dmitry Rogozin, head of Roscosmos, stated that Russia did not want to participate in "a back-seat role."

After the retirement of the space shuttle program, the US had to rely on Russia's Soyuz spacecraft to send astronauts to the ISS. Now the US is developing a new manned spacecraft, the Orion, which NASA will use for a potential lunar mission. The first test flight was completed in 2014.

The European Space Agency (ESA) developed a service module for the Orion that will supply the spacecraft with fuel, water and oxygen. It was mostly built in Germany.

Jarzombek pointed to the ESA module as an important sign of cooperation with the US. "It is a great success for us to supply critical components to Americans for the first time," he said.