China lands Chang'e 4 probe on 'dark' side of moon

The Chinese probe Chang'e 4 has become the first spacecraft ever to make a successful landing on the far side of the moon. The probe includes a rover to study geology and how the moon formed.

China's Chang'e 4 probe touched down on the far side of the moon, state broadcaster CCTV reported on Thursday morning.

The successful "soft landing" marks a groundbreaking development in space exploration, being the first time that a spacecraft has landed on the side of the moon that faces away from Earth.

Chang'e 4, which is named after the Chinese goddess of the moon, entered its planned orbit to allow the landing on Sunday.

It landed in the Von Karman crater, which is in the lunar South Pole's Aitken Basin, at about 0226 UTC.

Chang'e 4 is set to release a rover to map contours and surface features around the crater and look at the geology.

The crater is deep, and it is thought to possibly contain rocks that have never been seen before. Chinese scientists hope the probe might return with soil samples, bringing back clues about how the moon formed.

The "dark side" tag is something of a misnomer, being unrelated to the amount of light that reaches the far side of Earth's nearest neighbor.

The moon's orbit around the earth matches its rotation around itself, a phenomenon called tidal locking. It means that on Earth, we always see the same side of the moon and perceive the other one as being dark.

However, both sides of the moon have two weeks of sunlight followed by two weeks of night. It's only when we perceive the moon as being full that the far side is fully shrouded in darkness.

The term "dark" instead refers to a sense of mystery — with the far side of the moon unseen by human eyes until a spacecraft was sent around it. 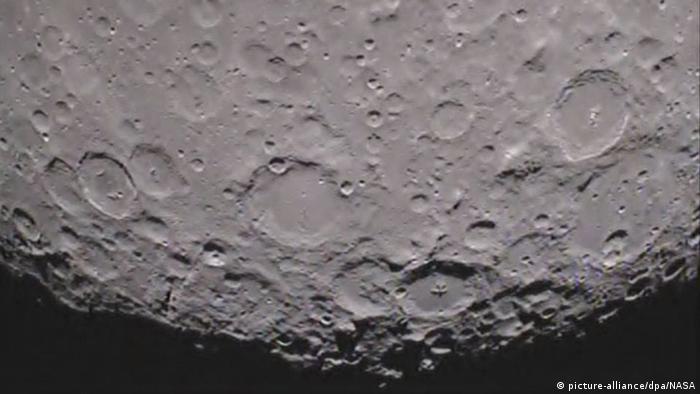 The far side has long fascinated scientists but was only first observed and photographed in 1959 by the Soviet space probe Luna 3. The Apollo 8 astronauts were the first to see it with the naked eye. But no one has ever landed on it.

"If we are as a species going to study the moon further, we need to go to the far side," NASA Watch editor Keith Cowing told DW.

China launched the probe in early December. The landing marks another critical step in China's ambitions to challenge US and Russian dominance in space.

China aims to become a major space power by 2030, and it aims to start construction of its own manned space station later this year.

Chang'e 4 is the second Chinese probe to land on the moon, after the Yutu (Jade Rabbit) rover mission in 2013.

China's ambitious space program could also be a chance for the European Space Agency to grow. The Europeans can't afford big projects such as Mars missions or building lunar bases on their own, says DW's Frank Sieren. (19.10.2018)

The jacket that US astronaut Buzz Aldrin wore on NASA's historic first trip to the moon has been auctioned for almost $2.8 million.