Russia's space agency chief says a planned mission to the moon will verify if a 1969 US moon landing really took place. But his tongue seemed firmly in his cheek. 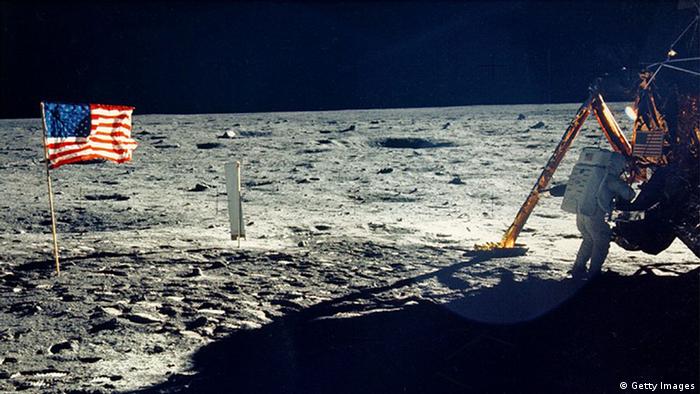 A proposed Russian mission to the moon will include verifying whether US astronauts really landed there in 1969, the head of Russia's Roscosmos space agency said in a video posted on Twitter on Saturday.

"We have set this objective to fly and verify whether they've been there or not," Dmitry Rogozin said in the video.

However, Rogozin appeared to be joking in his answer to a corresponding question, although conspiracy theories about NASA's lunar missions are rife in Russia.

Russia plans to send the first cosmonauts to the moon in the early 2030s. The Soviet Union dropped its lunar program in the mid-1970s after four experimental rockets exploded.

The cosmonauts are to remain on the moon for 14 days. 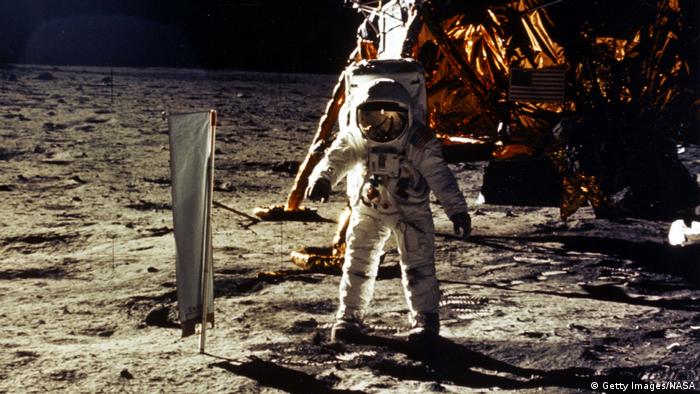 Rogozin stressed that no one country could carry out a lunar program alone and that Russia was hoping to work together with the USA, Europe and China.

US astronauts succeeded in making the first landing on the natural satellite in July 1969 on the Apollo 11 mission, with Neil Armstrong becoming the first human to set foot there. The landing took place amid the "space race" between the United States and the Soviet Union.