Our first InSight into the interior of Mars | Science| In-depth reporting on science and technology | DW | 26.11.2018

An American spacecraft, laden with European gear, will be the first to study the deep interior of Mars. InSight will give us a better understanding of how rocky, terrestrial planets like our own formed. 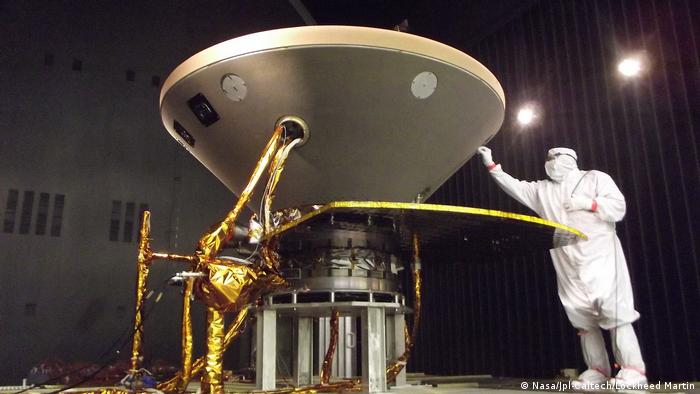 There's talk among some space critics that we're way too focused on Mars. We should, they say, spend more time investigating the Moon — we've got unfinished business there.

Why not point a few satellites at the Moon, they ask. Or why not send people back to build a Lunar base? We've been there before, so we've a good chance at success … and once we've done that, then we can go in for all that "Mars Shot" bunkum.

And they may be right — not least because the Moon is closer than Mars.

The Moon has long been a stepping stone to other celestial things. We know, for instance, that we can use it as a gravitational slingshot in a "gravity assist" maneuver to accelerate spacecraft and save on propellant. The Moon also represents a scientific precedent. People have been there and returned intact. However some people say that so far since the Moon landings in the late 1960s and early 70s, we have failed to build on that in any significant way.

You could also say that without the Apollo missions, scientists would never have dared dream of the InSight Mission to Mars, or seen a necessity to learn more about the formation of planets.

Sure, the Americans went to the Moon in a fit of Cold War competition. But we were (more or less) all curious, so they went there because we wanted to know more — or felt we had to know — about our closest celestial neighbor, and to see how it compared to our life on Earth. It's the same with Mars. Scientists want to know more about Mars, because the more we know how it compares to Earth, the more we'll understand Earth itself. It might even help us fix the planet. 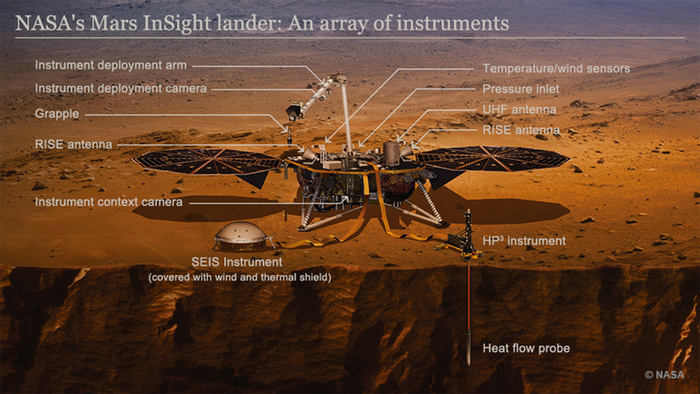 "We don't know what we'll find, and there's the intellectual excitement of that," says Suzanne Smrekar, a deputy Principle Investigator on the InSight mission. "But, honestly, I do this because I believe planetary science teaches us more about the Earth."

If comparing planets — comparing different data points — sounds like a simple concept, that's because it is. But it's one that's easily forgotten. Trust me. I was trying to fix a set of windows at home the other day, and it was only because I'd been working on this story that I remembered to compare the broken set with a working set (I didn't know what I'd find either). And bingo … problem solved.

We — and by that I mean they — know a lot already, but much about the formation of planets is poorly understood. We need to learn more and not just for the sake of curiosity or "intellectual excitement," (although that would be fine by me) but knowing how planets formed is knowing how they operate today.

"We believe that when [gas and dust] in the solar system crash together, with enough gravitational attraction to form a planet, it creates so much heat – it's called the 'heat of accretion' – that the planet melts," says Smrekar.

"Rapidly the planet starts to cool," she says, gently skipping over a process that takes billions of years, I presume for my benefit (thank you), " … and crystals start to form."

The heavier materials sink to form a planet's mantle, and iron and nickel form a metallic core, while the lighter stuff rises to form a primary crust. And all rocky planets, like the Earth and Mars, share these basic structures. However, their crusts, mantles and cores are chemically distinct.

And it's these layers that InSight will try to investigate on Mars. Taking the pulse of Mars

Much of what scientists do understand about that early process, and the formation of layers on a planet, comes from what we know about the Moon.

But the Moon can't (or won't) tell us everything.

"The pressure and temperature conditions inside the Moon are not nearly as great as on the Earth and on Mars, so by looking at those layers on Mars, we'll have a chance to test out the models we've developed for the Moon, and see what we got right, and what a larger planet tells us," says Smrekar.

So InSight will test the Red Planet's thermal conductivity with a "heat flow probe." It will map tectonic plate movements and measure other seismic activity. It will check how much the North Pole wobbles as Mars orbits the sun. This will help determine whether its core is liquid and what else is inside apart from iron.

Both the heat flow and seismic instruments are European designs, marking this NASA mission as a truly international, collaborative affair, with professional relationships going back decades. 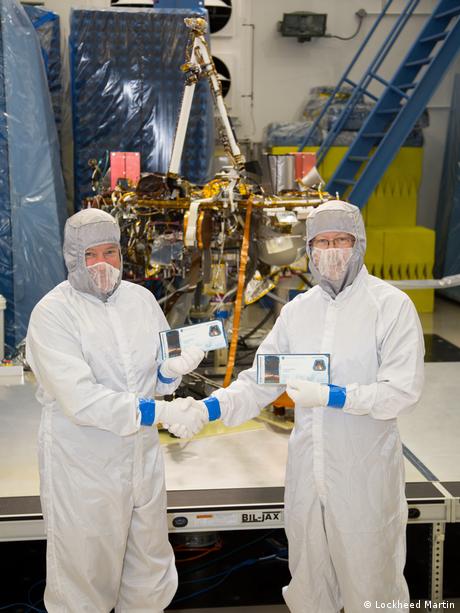 One of the mission's prime instruments, SEIS, was developed by the French space agency CNES, where Annick Sylvestre-Baron is a deputy project manager.

"Earth and Mars are two telluric [rocky] planets born in the same period," says Sylvestre-Baron. "One planet is still 'alive' with volcano activity, oceans of liquid water on its surface, an atmosphere preserved by a magnetic field, and multiple forms of life, while the other seems to have become a frozen desert about 3.5 billion years ago."

She says SEIS will try to listen for what's left of Mars' pulse.

"We hope the seismic data we collect on Mars will help us better understand the planet's internal structure — its crust, mantle and core — the formation and evolution of Mars, and, by comparing that to the Earth and the Moon, a better understanding of all rocky planets."

While the InSight mission is being led by NASA, Sylvestre-Baron says it was clear to the American team that France had been working on a seismometer that could withstand the extreme Martian environment, so "to redo the job in the USA made no sense."

That also goes for the HP3, the heat flow and physical properties probe, which was developed by the German Aerospace Center, DLR.

The engine of a planet

The HP3 will dig down 5 meters (16 feet) into the Martian soil, or regolith. Similar probes on Earth go down as deep as 1 kilometer — they have to go so deep to avoid variations that can disturb the readings, like weather in the atmosphere or ground water movement below. 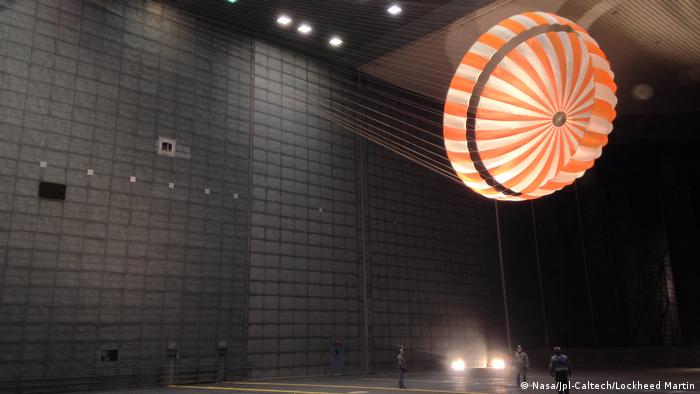 Mars is less problematic in that way, although the scientists have had to factor for day and night and seasonal variations in temperature, which, it is estimated, penetrate to a depth of about 3 meters. So the 5 meters will suffice. They will have to, anyway — you couldn't afford to go the distance to Mars with a kilometer-long probe.

That said, and allowing for the heat flow readings to be reliable, they will be another vital sign of the planet's life and activity.

"The heat that escapes from a planet is similar to the heat from your car engine. When you drive hard the car gets hotter, and when the car drives less, it gives off less heat. So the exhaust heat from a machine, a heat engine, is a measure of its activity. And planets take their internal heat and convert it into deformations on the surface, like mountains, volcanoes, or they produce a magnetic field, tectonics and so forth," says Tilman Spohn, a lead investigator for HP3.

Mars isn't producing a magnetic field at the moment but it has done in the past. So perhaps that's a sign of its decaying life right there.

There are two major parts to HP3: a metal "mole," (developed by the Polish company Astronika) will double as a hammer to get through the ground, and a slim tether laced with temperature sensors. 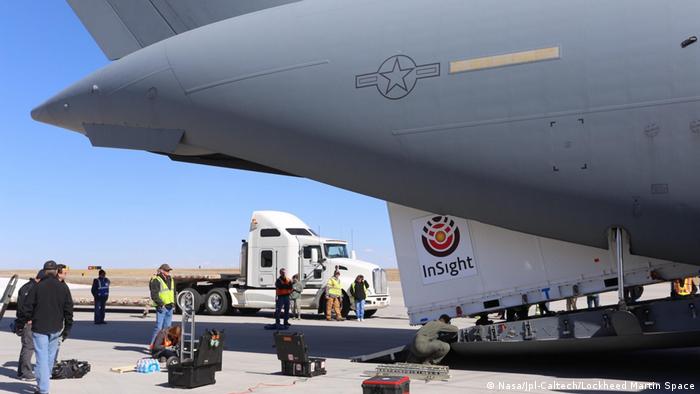 In February 2018, InSight was shipped on a C-17 cargo plane to California in preparation for its launch

"As we go down, every 50 centimeters, we'll pause and we'll heat the outer hull of the mole and watch the temperature rise, and that will let us calculate the thermal conductivity of the regolith [Ed.: the soil]," says Spohn. "We'll read the temperature along 14 temperature sensors printed on the tether."

A snapshot of decay

The data will show heat flow and thermal conductivity on Mars as it is today, but it should also allow the scientists to track back to when the planet was formed — because that heat flow, remember, stems from the planet's original "heat of accretion."

HP3 will also aim to measure the decay of heat-producing radiogenic elements, such as uranium, thorium and potassium.

"It's basic physics how these decay over time," says Smrekar, "so by knowing the concentration of those elements today, it's a simple matter to project backward and be able to calculate how they have contributed to the temperature inside Mars, its thermal engine, in the past."

And that, in turn, may help us in the future, especially if humans still want to build colonies on Mars. Perish the thought.

"From everything we believe today, our current estimates of heat flow, I would expect that the depth of liquid water is going to be prohibitively large for people to access on Mars. So I don't expect it to change our plans for humans, or how they're going to get their resources," says Smrekar. "Unless ... you're going to tap into the subsurface as a source of thermal energy, then it may be of value." Of value or of mere curiosity? Humans have that luxury of being able ask questions, just because. It's part of what makes us thinking beings. We should hold onto that.

"Humankind needs to know where it's from and where it's going," says Sylvestre-Baron. "So even if it's not a prime objective of this mission, InSight data will help human space exploration."

In fact, InSight will, if all goes well, teach us more about our entire solar system, and at the very least teach us about maintaining life on Earth.

Hey, there are ethical uses for satellites too!

The past few years have seen a band of young actors get into space with big plans to commercialize the satellite industry. But it's still not all about money. Some are focused on more ethical uses for space data. (13.04.2018)

Brexit is not all the UK's handling right now. It's passed a new law to help it become the first European country with its own spaceports. DW visited one of the potential sites on a stormy Scottish afternoon. (29.03.2018)

On Wednesday, SpaceX postponed the launch of two tester satellites for a super-fleet of 12,000 — part of its Starlink space-based global internet. Good. That gives us an extra day to talk about cyber security in space. (21.02.2018)