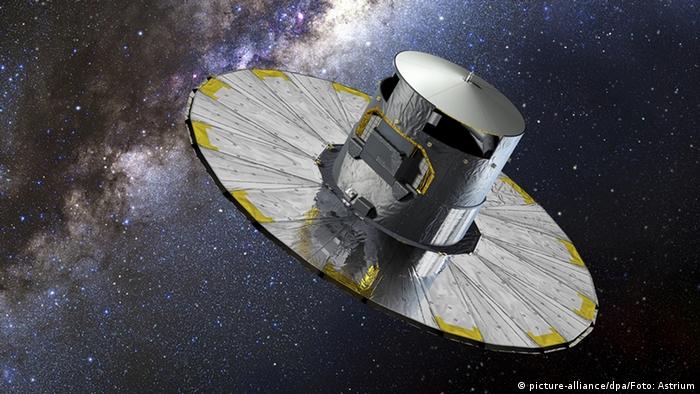 This Wednesday at the international aviation exhibition (ILA), the European Space Agency (ESA) presented the most extensive catalog of stars yet, called the "Gaia Data Release 2" (DR2),  to the public. To laypersons, the catalog appears to be difficult to understand — and consists almost entirely of numbers.

Astronomers, in contrast, are confident that it will lead to new insights into the nature of our Milky Way in the months and years to come.

"It is the most precise, most complete and most homogeneous catalog of stars ever produced. It is really something that will revolutionize astronomy," Gaia science operations manager Uwe Lammers told DW. "This doesn't sound particularly subtle," he added, "but it's true.

The catalogue marks the second data dump from the Gaia space probe, with any and all members of the public enjoying the same rights to its riches, which are held on servers at the European Space Astronomy Center (ESAC)  in Madrid.

And, Lammers says, "It's even getting better." 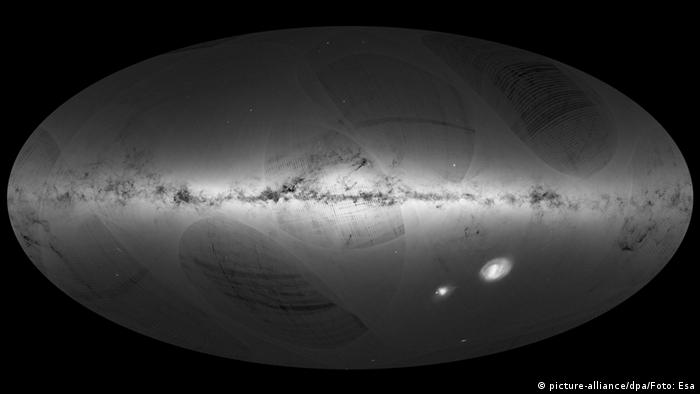 This is how Gaia sees Milky Way. This picture is based on data from DR1.

A big part of a big galaxy

The Milky Way – the galaxy which is home to our solar system – extends over roughly 100,000 light years. Of this huge area, Gaia's DR2 (Data Release 2) surveyed roughly 8,000 light years. This is 16 times the distance as the previous data release (DR1)  from September 2016.

Back then, there were "only" 400 million stars surveyed for the catalogue in an area extending about 500 light years. Lammers adds that the volume that we now cover with the DR2 is roughly a thousand times as large as it was in 2016.

"The data we previously had included just a tiny area around our sun. While a couple hundreds of light years seem to be a huge distance, it's nothing in relation to our cosmos," he says. "What's great about DR2 is that we have moved out much farther, and we can see the dynamics of solar systems that are very far away from us."

And the quality of the data will further improve with additional data releases.

"We hope to get into the center of the galaxy by the time of our final data release. This would cover a distance of several tens of thousands of light years," Lammers says.

The operations manager is confident Gaia can keep collecting data into mid 2024. At that point the space craft will run out of a specific technical gas that it needs for its position-steering mechanism. Out of the 100 to 200 billions of stars in our galaxy, Gaia will then have surveyed between 1.7 and 2 billion.

That means, while the total number of stars surveyed will only increase marginally, the big difference will be in the quality of the data. It's going to be much better than today. 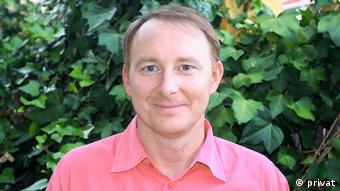 Dr. Uwe Lammers is confident that Gaia is going to find out much more about the missing parameters.

Not everything is known about all the stars.

What is known about the 1.69 billion new stars is first and foremost the position and brightness on the sky. For 1.33 billion of those, Gaia also calculated the parallax and proper motion.

That's what astronomers call the effect one sees when moving back and forth in front of an object before a more distant background: The object seems to move as well.

Everybody knows the effect when looking out of  a train window and seeing a tree in front of a distant mountain. Then, the tree seems to be moving in the opposite direction. Because Gaia is also moving in an orbit around the sun, it observes that effect when looking at closer stars in relationship to more distant stars. Every six months the direction changes.

"It is possible to calculate an angle from that apparent, but not real, movement of the stars," Lammers explains. "And astronomers can use it to calculate the distance of stars. That's what they are really looking for." 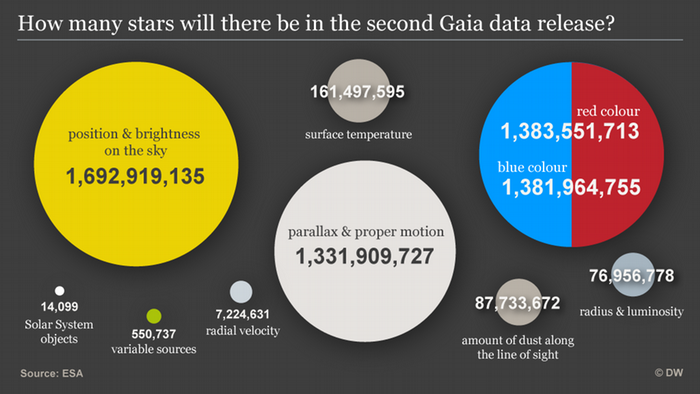 Furthermore, for about 1.38 billion stars, Gaia was able to measure the blue and red spectrum of light they emit. Gaia still has gaps, however, with regard to about several other parameters. Those include the surface temperature of stars, their radius and luminosity, their radial velocity or the amount of dust along the line of sight.

The scholars intend to fill those gaps as best they can by the end of the Gaia mission.

"In principle,we should have all the parameters of all the stars by the end of the mission," Lammers says. "Over the period oft he entire mission, we survey each star roughly 70 times."

This is also the reason the total number of stars is not likely to increase significantly in the coming months and years. It is now more important for the scientists to fill in the missing parameters for the stars they have already found.

How does the universe extend?

"We want to understand the dynamics of Milky Way," physicist Lammers says. "How did it emerge and how is it going to develop further?"

So far, he adds, we do not even know exactly how many arms our spiral galaxy really has. The Milky Way looks similar in appearance to the clouds of a hurricane.

"We were not able to answer that question with DR2, yet, because our data does not reach far enough. But in the end, we hope that this is one of the questions we can investigate further."

And then there is another big question for the astronomers to answer: What is the exact figure of the Hubble constant, which describes the speed in which the universe expands?

It may just be that Gaia can help to narrow that figure down.

If it's not aliens, what are those 'peculiar signals' from red dwarf star Ross 128?

No matter how much we like to laugh about the existence of extra terrestrial life, we all listen when scientists say aliens may have just made contact. But even avid believers have their doubts about Ross 128. (19.07.2017)